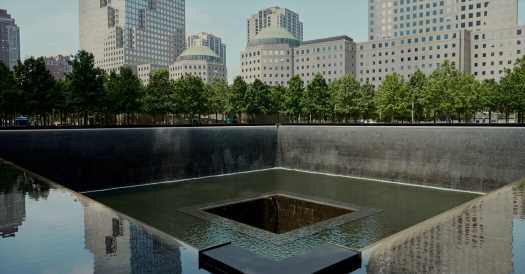 The 9/11 Memorial & Museum in Lower Manhattan has dropped plans for special exhibitions commemorating the 20th anniversary of what was perhaps the most traumatic day in modern American history, museum officials said.

The reduction came after a severe budget crisis forced the nonprofit museum to make cuts that included furloughs and layoffs affecting around 60 percent of its staff.

Before the coronavirus pandemic, curators had discussed a large anniversary exhibition examining music’s role in uniting Americans after 9/11 and other tragedies, such as the Pulse nightclub shootings in Orlando, Fla. But when more than half of the exhibitions department was laid off, museum leaders shelved the project, according to three former department members.

A spokeswoman, Lee Cochran, said the decision was to focus on the “core museum experience” — the existing permanent exhibitions that drive attendance.

Administrators said that the layoffs and the elimination of special anniversary programming had been approved by the institution’s chairman, Michael R. Bloomberg, the former mayor.

“Leadership put together the best possible plan to navigate this extraordinarily challenging time,” Marc La Vorgna, a Bloomberg representative, said in a statement, adding that Bloomberg had personally donated $30 million to the museum and raised another $15 million for the institution during the pandemic.

“The Board supported and approved plans that were necessary to prevent this vitally important institution from suffering long-term harm, and to preserve its mission to remember and honor the victims of Sept. 11,” La Vorgna said.

A planned traveling exhibition about the history of 9/11 has been replaced with downloadable posters created in partnership with the American Library Association.

The museum and memorial will resume its live reading of the names of the nearly 3,000 people killed on Sept. 11, 2001, when the terrorist group Al Qaeda hijacked several planes and used them as weapons. Two crashed into the World Trade Center towers and a third flew into the Pentagon. A fourth plane was headed toward Washington but passengers and crew members fought back, bringing it down in a field in Pennsylvania.

Officials of the 9/11 Museum said that the special music exhibition was “on hold.” According to Jason Allen, the former exhibitions project manager, early ideas included selections from Ariana Grande’s tribute to victims of the 2017 suicide bombing of Manchester Arena, where she was performing in England, and Lorde’s benefit concert for victims of the 2019 shooting in Christchurch, New Zealand.

The 9/11 Museum is largely dependent on ticket sales; its temporary closure and limited capacity left the institution with an $18 million deficit last year.

Because of concerns during the pandemic, the museum and memorial complex canceled plans for its annual Tribute in Light in 2020 but restored the display after protests and with help from the state.

The museum’s reopening last September brought hope of relief, but it saw only a trickle of visitors. In June, Alice M. Greenwald, its chief executive and president, said in an interview that attendance was “about 25 percent of our normal size.” There has since been a gradual rise, with attendance close to 4,000 visitors last week, compared with the 8,500 visitors on an average day in 2019.

The museum said it is hoping to end 2021 with a $21 million positive cash balance through a combination of fund-raising, admission revenue and a federal loan after previously projecting a $36 million deficit for the year in January.

Financial difficulties at the museum are baked into its architecture, which weaves a subterranean network of galleries through about 110,000 square feet beneath the memorial’s two large pools of water. Engineering, security and maintenance fees account for more than a third of all expenses.

Anthoula Katsimatides, a museum trustee who lost her brother, John, in the attack on the World Trade Center towers, said that while the board had had to make tough choices during the budget crisis, a decision to cut new programming for the 20th anniversary wasn’t hard.

“We don’t need bells and whistles,” said Katsimatides. “We go to that institution to pay respect to those who died. It’s a serious subject. Whether or not we have some fancy-schmancy singer won’t make things better. Just to gather with each other and recite loved ones’ names, which we couldn’t do during Covid-19, is important.”

A 20th anniversary observance of Sept. 11 will be held at the Flight 93 National Memorial in Shanksville, Pa., for those on board, who thwarted an attack on the U.S. Capitol. At the Kennedy Center in Washington, the National Symphony Orchestra will present a “Concert of Remembrance” for 9/11 victims and those lost to Covid.

But some founders of the 9/11 Museum criticized its decision to scrap new anniversary exhibitions, saying that the museum has become frozen in time, a point that has revived feuds between factions in old and new leadership.

Michael Shulan, the museum’s founding creative director, said in an interview that he thought the museum was reluctant to initiate programming for the anniversary that might challenge the existing narrative.

“Twenty years marks a turning point where one begins to look at things with a certain kind of hindsight,” said Shulan. “Not asking questions just leads to further crises.”

Former museum executives and some victims’ families have accused curators of telling a reductive story about the events of Sept. 11 that fails to ask complicated questions about terrorism and its aftermath leading into the wars in Iraq and Afghanistan. The subject has become more timely, they say, because of the recent troop withdrawal from Afghanistan.

While the 9/11 museum’s website says its mission is “exploring 9/11, documenting its impact, and examining its continuing significance,” these former employees have complained that Greenwald’s administration holds an unusually tight grip on history, closely monitoring researchers and limiting free speech at the site.

Diane Horning, the mother of one victim, Matthew Horning, has opposed the museum since its opening, saying its planners dishonored her son’s memory by building a gift shop at the location where he died. Still, she had hoped that the museum would revisit its curatorial choices for the anniversary and explore the lasting impact of Sept. 11.

“The deaths didn’t stop after 9/11,” Horning said, referring to the illnesses that rescue workers contracted during cleanup. “The people who tried to bring my son home and died as a result should be honored. The undocumented workers who were sent to clean up ground zero who became ill and received no help should be honored.”

(The museum said that in 2019 it built a memorial glade above ground honoring rescue workers and those who have died from 9/11-related diseases.)

Elizabeth Miller, the daughter of a fireman who died on 9/11, joined the museum in 2019 as an exhibitions research coordinator to help tell the story of a tragedy that had personally affected her family. But she said that executives often rejected attempts on the part of staff to introduce new programming that might invite difficult conversations about the relationship between the rise of American nationalism after Sept. 11 and a spike in Islamophobia.

“The museum is a historical institution with an obligation to relay all parts of the story,” Miller said in an interview.

Cochran, the museum spokeswoman, said in an email, “We document the continuing impacts of 9/11 in all different ways.”

Even before the museum opened there were creative differences. According to five people close to the discussions, there were originally plans to devote a section to the impact of Sept. 11 on American society: how it changed nationalism, for example; how it was linked to the notion of weapons of mass destruction in Iraq; and what intentions lay behind the “war on terror.” That plan was scrapped during deliberations when museum developers felt the pressure to produce a definitive narrative. The resulting core exhibition uses artifacts, recordings and images to discuss the attacks and their immediate aftermath.

Tom Hennes, a principal of Thinc Design and the original lead exhibition designer of the museum, said he left the project twice because of creative differences with other executives, including Greenwald.

“In the beginning, we understood that the museum would absolutely have to evolve because we were in the beginning of an unfolding situation,” Hennes explained.

Michael Frazier, who left in April as the museum’s deputy director of external affairs after more than a decade, and has since made an immersive film about survivors of the attacks, expressed surprise at the lack of special programming. “The 20th anniversary should be used to chart out the future of the institution,” he said.

In an interview, Greenwald said that the permanent exhibitions had been forged through eight years of conversations between “equally legitimate, but not necessarily compatible, groups.” Changing fundamental pieces of that story could distract from the museum’s mission, she said.

“We are constantly aware that people are highly sensitive to what gets said about the museum and its history,” she explained. “We exercise a great deal of consideration over what gets said.”

A forthcoming documentary, “The Outsider,” which will be released online in August, recalls the conflicts among museum executives and includes six years of footage from private meetings in which some leaders were critical of Greenwald’s approach to codifying history.

The documentarians, who in 2009 donated more than 500 hours of archival recordings from 9/11, one of the museum’s biggest gifts, say their understanding was that scholars would be free to access the archives. The filmmakers say researchers are asked to sign a contract that gives the museum the right to review and reject scholars’ papers before publication. (The museum said its research consent form gives it “the right to conduct an advance review of a publication’s ‘portrayal of the information’ to ensure accuracy.”)

Lawyers representing the institution recently requested that the documentarians remove 36 scenes from “The Outsider,” which the museum described as “inaccuracies and distortions.”

“If somebody is going to be loose with the facts, then it’s going to be called out,” Greenwald, the chief executive, said. “There is a desire to make sure the institution is presented correctly.”

The filmmakers have resisted their suggestions. “Their decision has been to codify, control and limit,” said Rosenbaum.

But those debates seemed far away on a recent summer day inside the museum. Visitors said that the institution’s current exhibitions are powerful tools for teaching a generation born after the 2001 terrorist attacks.

Some visitors gazed at a new painting along the museum’s Tribute Walk. Titled “Stars of the Forest: Elegy for 9/11,” by Naoto Nakagawa, a New York artist, the work memorializes victims as stars in the sky. The parents of a flight attendant on American Flight 11, which crashed into the North Tower, helped support its installation.

Paula Amaya, a visitor, guided her three young children past the massive wall originally built to prevent flooding at the World Trade Center. The family had traveled from Florida to remember not just the victims of 9/11, but also those who died during the pandemic.

“It’s a helpful place to grieve,” said Amaya. “The museum houses a sad story, but I wanted my children to understand the history here.”