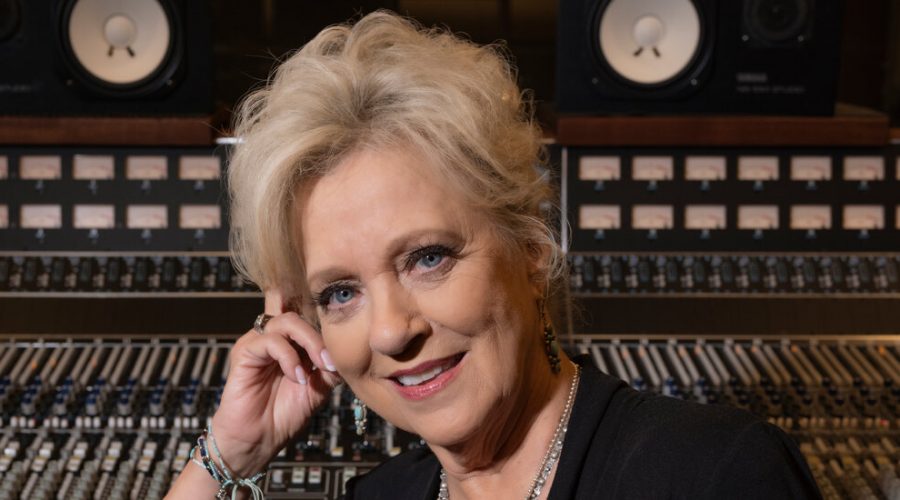 What’s the meaning of country music?

“I’ve always believed it’s the cry of the heart,” the 80-year-old singer and songwriter Connie Smith said on a recent video call from her Nashville office, decorated in the distinctive palette she wears onstage. Framed by black walls and purple tufted furniture, she explained, “It’s not necessarily that I’ve lived the song, but that I understand living it. I lived enough to know the heartache and the joy.”

Since Smith’s breakthrough hit “Once a Day” topped the Billboard country chart for eight weeks in 1964, she’s navigated four marriages, five children, 53 studio albums and numerous record labels. Partly because of a period of semiretirement in the 1980s, she’s not necessarily a household name, but her contralto singing is regularly compared to Patsy Cline’s for its might and emotional resonance. Smith similarly conveys a distinct sense that vulnerability does not equate to weakness.

“She might sing a sad song but she’s never sounded like a victim,” the country singer Lee Ann Womack, a longtime fan, said in an interview. “She’s always sounded like she could kick your ass.”

On Friday, Smith will release album 54, “The Cry of the Heart,” her debut for the independent label Fat Possum and first secular recording in about a decade, after intermittent forays into gospel. While country music is no stranger to a comeback, since the 1990s many of the genre’s figureheads have been resuscitated by studio wizards and the enthusiasm of younger generations. But “The Cry of the Heart” takes a different path, where resurgence doesn’t mean reinvention: It’s produced by the country musician Marty Stuart, 63, whom Smith married in 1997. The album’s tender piano chords, steel guitars and lush analog quality recall Smith’s ’60s era recordings, a template known as the “Connie Smith Sound.”

“Connie is the ultimate outlaw,” Stuart said in an interview. “Most people’s definition is get drunk, get crazy, act foolish. Her version is stick to your guns. Be who you are at any cost.”

Smith’s fierce individualism sprouted from a tough foundation. “I was born a fighter because I was born into an alcoholic family,” she said. Raised in Southern Ohio by her mother, Wilma Lily, and stepfather, Thomas Clark, Smith came of age among 14 siblings and stepsiblings. Her stepfather played mandolin at square dances and her three sisters sang.

“I tried to sing with them but he’d run me out because I was messing it up when I was trying to learn harmony,” she said. The family would tune its battery-powered radio to broadcasts from the Grand Ole Opry, and Smith became enamored with the music of Kitty Wells and the Louvin Brothers.

Smith made her stage debut during her senior year of high school at a local square dance, where she earned $3 for performing a cover of the pop standard “My Happiness.” A few years later, in August 1963, she entered a talent contest at Frontier Ranch, a bygone country music park near Columbus, Ohio, and won with a spirited rendition of Jean Shepard’s “I Thought of You.” She was awarded five silver dollars and a slot at the Grand Ole Opry opening for the singer and songwriter Bill Anderson. With his help, Smith landed a recording contract with Chet Atkins’s RCA Victor in June the following year. She tracked her debut 45, “Once a Day” backed with “The Threshold,” both written by Anderson, on July 16 at the label’s famed Studio B.

Its immediate success was dizzying. “I’d have somebody pulling me on one arm, and somebody else pulling me on the other arm,” Smith said of a D.J. convention she attended amid the sudden burst of fame. The setting was new to her and a bit stressful, but while bouncing between meetings she saw a man coming up the hall. “Before I could almost recognize who it was, he was singing” — she lowered her voice in a countrified croon — ‘Once a daaay/All day looong.’” It was George Jones. Soon, another great, Loretta Lynn, was offering her advice, woman to woman.

“She told me who to trust and who not to trust, where to go and where not to go,” Smith recalled.

As the years went by, Smith repaid the favor and served as a beacon for a younger generation of women in the industry. “She’s one of those artists that’s always been great,” the country singer Tanya Tucker said in an interview. “She never goes out of style.”

Smith said the inspiration for “The Cry of the Heart” arrived when she and Stuart heard “I Just Don’t Believe Me Anymore,” a new song written by Smith’s longtime collaborator Dallas Frazier, famous for country hits like “Elvira” and “All I Have to Offer You (Is Me).” “It’s one of those hillbilly songs I love,” Smith said. “I told Marty, ‘I have to record this.’”

Hargus Robbins, an accomplished session pianist known as Pig who played on Smith’s debut single, the new album and countless sessions in between, said Smith comes to the studio well prepared. “She knows her songs when she comes in,” he said. “She doesn’t have to fumble over the melody or how she wants to phrase them.” Having recorded with Cline, he said he understands firsthand the comparisons between the two artists. “They’re both strong-willed people,” he added. “They know what they want and they expect to get it.”

The new album’s opening ballad, “A Million and One,” recalls a classic Smith torch song, with the singer detailing the number of teardrops she’s cried over an imaginary lover (“A million and one tears/A million and two”). Smith and Stuart co-wrote “Here Comes My Baby Back Again,” which blends Smith’s sensibility with her husband’s love of rock ’n’ roll, on a tour bus. The closer, Merle Haggard’s “Jesus, Take a Hold,” is a song Smith first recorded in the early ’70s. This time, it’s stripped back to spotlight Smith’s impassioned voice.

“It’s just as relevant today as it was back then, if not more so,” she said.

The album’s pending release is energizing for Smith, but she almost didn’t live to see it. On a Sunday night in February, Stuart rushed her to the emergency room near their home in Hendersonville, Tenn., and Smith was diagnosed with Covid-19. She had sepsis, and pneumonia in each lung. The couple was terrified, but Smith’s fighting instinct kicked in.

“The doctor stuck his head in the door and said, ‘If your heart stops, do you want to be resuscitated?’” Smith said. “I said, ‘Absolutely. I will not be a Covid statistic. That’s not the way I want to go out.’”

To illustrate her doggedness, she recalled one of her first jobs: working in her high school’s office. She said her peers wanted her to bend the rules, but she wasn’t amenable. “It’s just the way I’ve always felt in my life,” she said. “I’ve made plenty of mistakes, but I also tried to do my best to do what’s right.”