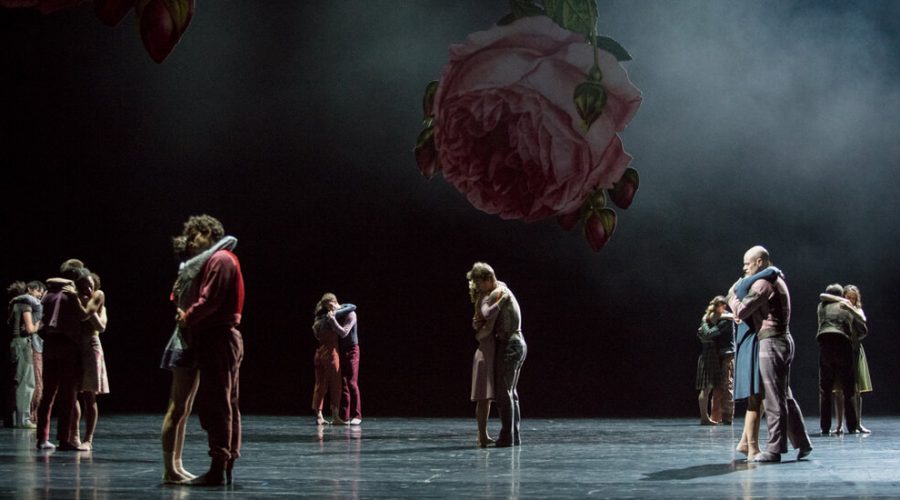 For Screens Big and Small 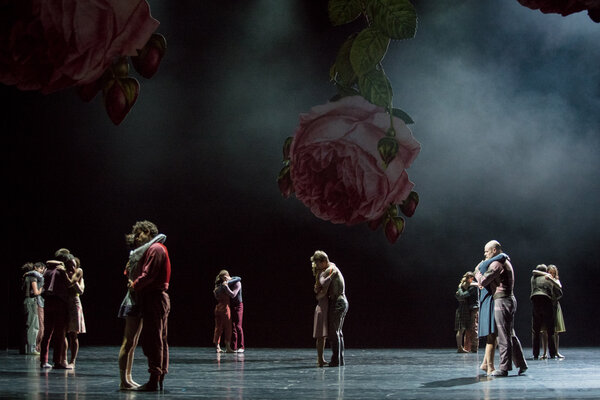 Last summer, when just about the only dance performances on offer were those on film, the annual Dance on Camera festival provided an angle of expertise: works that were on film by design rather than by necessity. Because the festival was virtual, though, it had to forgo one of its usual aims: projecting its picks on a big screen.

This year, in-person screenings are back, Friday through Sunday, at Film at Lincoln Center’s Walter Reade Theater. For those not yet ready to venture indoors, or not in New York, there’s still a virtual option on Film at Lincoln Center’s website, but some of the highlights of last year’s festival — including Susan Misner’s “Bend” and Khadifa Wong’s “Uprooted” — are getting another chance to be shown in a theater.

The festival is mostly retrospective, in fact, but the one premiere — Pontus Lidberg’s “Written on Water” — is distinctive. It’s an artful, full-length fictional feature about a choreographer’s infatuation with a dancer, and it has a cameo by Leslie Caron.
BRIAN SEIBERT

Independent record stores — scrappy spots, even in the best of times — have cause to celebrate, simply for making it through the pandemic intact. On Saturday, the second installment of this year’s Record Store Day will provide an opportunity to do so.

Typically a one-day affair, now bifurcated in order to help diffuse crowds, Record Store Day champions small businesses and helps boost their sales with exclusive, limited-edition releases. Titles due out on Saturday include a previously unreleased live album from Sinead O’Connor, a set of alternate takes from the Crosby, Stills, Nash & Young classic “Déjà Vu” and a collection of rare Miles Davis recordings. One of the most anticipated LPs is from the Foo Fighters: They are temporarily rebranding themselves as the Dee Gees for “Hail Satin,” which features four Bee Gees covers.

A full list of the special releases and participating stores, including dozens of shops across the five boroughs, is available at recordstoreday.com.
OLIVIA HORN

In the 1940s, the cellist and composer Alan Shulman played under Arturo Toscanini in the NBC Orchestra, and also appeared in smaller groups. One of these, the New Friends of Rhythm, “swung the classics” on singles with titles like “Shoot the Schubert to Me, Hubert.”

That chamber ensemble earned the nickname of “Toscanini’s hep cats.” But a confident, breezy hipness can just as easily be found in Shulman’s orchestral writing. The Bridge label’s latest archival release devoted to the composer’s output focuses on his film scores. The meatiest, most interesting of these is programmed first: a 24-minute collection of cues for the RKO noir picture “The Tattooed Stranger.”

Though that film’s narrative now plays like a precursor to the average TV police procedural, the composer’s soundtrack still feels full of character. Shulman delivers hard-boiled, propulsive motifs and pensive atmospheres (as well as some lighthearted episodes, for contrast). Together with Bridge’s prior CD, “The Music of Alan Shulman,” the works on this latest album present a profile of mainstream orchestral cool at the midcentury.
SETH COLTER WALLS

Prelude to a Musical

Whitney White scooped up an Obie Award last year for directing the comedy “Our Dear Dead Drug Lord,” but her best-known production to date ended its latest revival this month at the Brooklyn Academy of Music: Aleshea Harris’s furious, grieving play-as-ritual “What to Send Up When It Goes Down.”

Suddenly this summer, White is everywhere — and not just as a director. “Semblance,” which she also wrote, starts Aug. 4 at New York Theater Workshop as an in-person installation about perceptions of Black women. (It will also be streamed.)

But first comes the socially distanced, multimedia “Definition: An Installation Experience,” in previews for a run through Aug. 1 at the artists’ space Mercury Store, in Brooklyn. Created by White, presented by the Bushwick Starr and exploring themes of Black women’s physical and emotional health, it’s inspired by White’s coming musical “Definition.” If you weren’t paying attention to her work before, it’s time to start.
LAURA COLLINS-HUGHES

On his debut album, “Family Tree,” Fyütch honors his mother, his Grandpa Charles, his Great-Aunt Alberta, his Aunty Sheila and his 3-year-old daughter, Aura, most of whom are heard speaking. His father and cousins join in, too, sometimes playing instruments. But he’s also rapping and singing about you and me.

In tracks like “Empathy” and “Indigenous Peoples’ Day Remix,” Fyütch (pronounced FYOOCH and adapted from Future, his original performing name) emphasizes our common bonds and shared ancestry. Children can enjoy that communal spirit on Saturday at 8 p.m. Eastern time, when he and guest artists will stream a free 90-minute release concert on his YouTube channel, where the program will remain afterward.