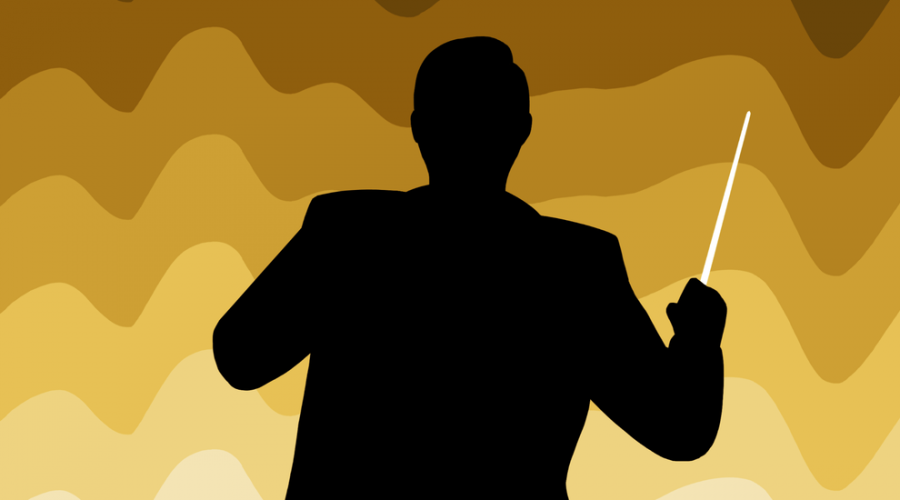 In the past, we’ve chosen the five minutes or so we would play to make our friends fall in love with classical music, piano, opera, cello, Mozart, 21st-century composers, violin, Baroque music, sopranos, Beethoven, flute, string quartets, tenors, Brahms, choral music and percussion.

Now we want to convince those curious friends to love symphonies, the sweeping musical statements at the foundation of the orchestral repertory. We hope you find lots here to discover and enjoy; leave your favorites in the comments.

Even though I am a musician, I first encountered Janacek’s Sinfonietta the way I suspect many people have over the past decade: in the first sentences of Haruki Murakami’s brilliant novel “1Q84.” Just like the novel, the piece immediately grabs listeners, immersing them in a vibrant alternate universe. Murakami’s universe has two moons; Janacek’s has 14 trumpets. Commissioned by a gymnastics festival in 1926, the Sinfonietta carries a celebratory, aspirational air — it inspires a joyful push toward our furthest limits as artists and humans.

You can never choose just one poem, book, painting or movie. But I want to make this easy on myself, so let’s go with an all-Russian offering. Valery Gergiev has led the Mariinsky in St. Petersburg since 1988. (Wow!) Their recording of Tchaikovsky’s Sixth Symphony is revelatory. A Russian conducting a Russian ensemble in a performance of the Russian composer’s (arguably) greatest work. All together give fresh meaning to the work’s subtitle: “Pathétique.” I dare you to listen to just five minutes.

It’s an overstatement to say, as history sometimes has, that Haydn was the father of the symphony. The form existed before him, but in this early example you (literally) hear the dawning of a new era. Giving the symphony newly theatrical weight and tension, and making it a little universe of wit and tenderness, he lays the groundwork for the rest of the music on this list.

Ruth Gipps had an incredible flair for the dramatic, and that comes across in this symphony. I adore this piece because it’s got so much character and variety. Humorous moments are mixed with romantic, soaring melodies that sweep you away, and passages of such tenderness that they break your heart. When Gipps was composing, in the middle of the 20th century, it was unfashionable to write melodic, tuneful music, and she received a lot of criticism for it. But thank goodness she was so stubborn, because this symphony is an absolute gift. It’s one to listen to with the speakers turned up, so you can revel in the gloriously rich colors she gets out of the orchestra.

Tristan Perich’s masterpiece is a whole symphony contained on a single microchip. It’s a mind-boggling feat of minimalism: a 45-minute work, full of gripping harmony, counterpoint and seemingly endless colors, programmed and executed as a series of electrical pulses which are either on or off. Nothing more. (A revelation to think of all music this way.) When I first heard “1-Bit Symphony” 10 years ago, it showed me that grand, multi-movement forms could still house taut, modern ideas; that the age of digital information and instant gratification doesn’t run counter to the creation of a substantial work. It feels just as fresh today.

In the universe of symphonies, five minutes is a very short time — though in some passages, time stops entirely; you’re swept away and no longer know where you are. Music becomes a gateway to Somewhere Else. A powerful example of such a portal is the Adagio of Bruckner’s Eighth Symphony. And it’s a very good example of the art form, too, since different performances of the same work always give different messages. Giulini’s recording is extraordinary. Just close your eyes and let this music heal your soul.

Symphonies have encompassed all kinds of things: visions of love, peace, triumph and disaster. Amy Beach’s powerful “Gaelic” Symphony offers something else: a vision of national identity, of what it meant to be an American in 1896, when it had its premiere in Boston. Dvorak’s “From the New World” Symphony had offered one idea of this in 1893, rooted to some degree in Native American and Black music; Beach’s response looked to the British Isles. Whatever we might think of that lineage today, this bracing, confident, soaring music is a reminder that anyone can write in this genre, or any other. We just have to choose to listen.

For my mother, in the early 1960s, our tickets to hear Izler Solomon conduct the Indianapolis Symphony Orchestra on Sundays mattered more than church. To be the Black part of the audience — instruments of integration, and therefore God — was a civil rights duty, as well as a pleasure she’d not had when our age. Atlanta didn’t have a symphony orchestra until my mother was graduating from college, in 1946, and were its performances segregated?

When we couldn’t go to Izler Solomon, my mother turned over our Sunday afternoons to Leonard Bernstein and the Young People’s Concerts on television. (I remember her emotion when André Watts, a Black soloist, sat down at the piano in 1963.) There must have been music by Gustav Mahler, but I think of Mahler as a college discovery — and more important as a gay rite of passage, a composer I first took in because of Luchino Visconti’s film of “Death in Venice.” I already loved Mann’s tale: from high hopes to fading out. How mistaken of me to have thought it romantic. So, the Adagietto from Mahler’s Fifth Symphony, and it has to be the really slow recording: Karajan’s.

Gleeful whispers in the buzzing strings gently craft a path for a loving melody soaring above diving French horns and thundering basses. This is one of my favorite moments in music, as it stretches toward a glorious C major. Through this experience, we unwittingly unlock the door that will lead us resolutely to the brilliant and hopeful “perfect” cadence.

“Stimmen … verstummen” begins with a gently suspended major chord that flits organically around the orchestra until the brass take hold and force it to the ground, revoking any idea of stability or simplicity. Sofia Gubaidulina’s music speaks to my soul. Her compositional palette is expansive — muscular and delicate, psychological and spiritual. I hear the world of the music come together and get ripped brutally apart. Gubaidulina’s commitment and perpetual return to consonance throughout the piece feels like a commitment to life itself.

The Technicolor wildness of Olivier Messiaen’s “Turangalîla-Symphonie” shines in its strutting fifth movement, as the orchestra jostles joyously with solo parts for piano and ondes martenot, and on Esa-Pekka Salonen’s recording with the Philharmonia Orchestra, you can really hear the ondes martenot. Not everyone loves this 75-minute symphonic spectacle; the modernist maestro Pierre Boulez, a student of Messiaen’s, is reputed to have said either that it made him sick or that it was “brothel music.” But even if we accept that more sensual comparison, “Turangalîla” could keep company in the brothel with Jelly Roll Morton’s complex works. Like Morton’s music, it touches on both the earthy and the sublime.

While the opening of the second movement of Beethoven’s Seventh Symphony gets all the attention — you may remember it from the film “The King’s Speech” — my favorite part is the tender middle section. Carried by a soaring melody in the woodwinds and buoyed by flowing triplets in the strings, it feels like stumbling on a magical oasis. The section lasts barely a minute, but it’s the kind of music I wish lingered forever. Somehow it’s all the more beautiful and heartbreaking because it doesn’t.

Though Igor Stravinsky generally disliked describing his music with nonmusical images, he made an exception for the Symphony in Three Movements, which he called his “war symphony.” He began composing it in 1942, and worked on it for several years before leading the premiere with the New York Philharmonic in early 1946. The piece comes across more as an episodic, fitful rumination than a structured symphonic dialectic. I especially love the restless, elusive first movement, which has elements of Stravinsky’s “Rite of Spring” mode, but also curious passages of Neo-Classical restraint. You may not fall in love with this symphony on first listen, but I bet its dark, spiky, compelling music will linger with you.

When I first heard Luciano Berio’s “Sinfonia,” I had never heard anything with such a perfectly balanced sense of chaos, humor and contemplation. Berio’s exhilarating postmodern tour de force for orchestra and eight amplified voices deeply affected the way I thought of orchestral music, and what I remember most is the stillness of the second movement, “O King,” dedicated to the memory of the Rev. Dr. Martin Luther King Jr. I love its slowly building and intensifying circular design, and the haunting voices that gradually unfold to reveal King’s name inside a cloud of kaleidoscopic textures punctuated by sharp attacks.

Schubert never completed his Eighth Symphony, which he started six years before his untimely death. But the music he left behind helped lay the architecture for the modern symphony. The first movement begins with the hushed playing of the cello and double bass, an ominous sound that permeates the piece. This darkness gives way to lyrical melodies — some of Schubert’s best-known themes — intermingled with anxious interludes and sudden turns. It remains a mystery why Schubert did not complete it. But the impermanence of this music gives it energy, always pointing toward the possibilities of the unspoken and undefined.

“A symphony must be like the world,” Mahler said. “It must embrace everything.” That sounds grandiose, but so do his symphonies. He wrote for the orchestra with an ear for its totality, and used it to express sweeping ideas about nature, life and death. I find myself returning most often to the naïvely peaceful Fourth, whose third movement ends with extremes of sonic forces: first a small beauty, pure and softly radiant; then a glorious starburst that greets the listener like the gates of heaven. From there, a contented quiet lingers: paradise, in the form of a symphony.

As the pipe organ’s presence in the concert hall continues to decline, this work demonstrates its power within symphonic writing. Nothing can describe experiencing the resonance of a full organ in person, and this is a great finale for the mid-concert napper. The opening chords of the last movement spare no one.