Welcome to the weekend. In between Thanksgiving leftovers and home projects, make time for some great journalism. 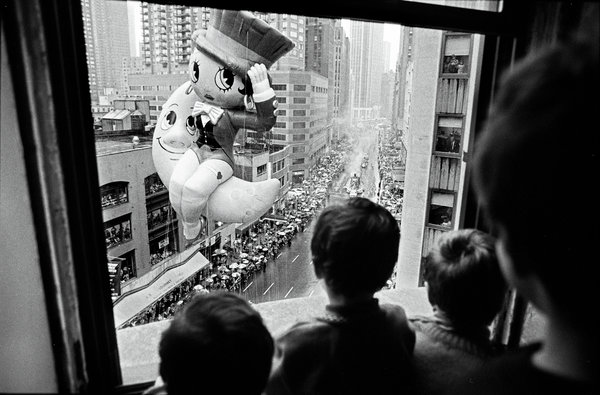 For nearly 100 years, the Macy’s Thanksgiving Day Parade has been a children’s pilgrimage of wonder

“New Yorkers do love a parade,” John Leland writes, “and where New Yorkers gather, New York Times photographers follow.” (See the photos of this year’s parade, on a day that tied for the second-coldest Thanksgiving in New York City’s history.) Metro

How China walled off the internet

The country is host to a supernova of creative expression — in short videos, podcasts, blogs and streaming TV — that ought to dispel any notions of Chinese culture as drearily conformist. International
_____

The Supreme Court’s leader broke from his studied restraint and responded to President Trump’s criticism of a federal judge, suggesting Mr. Trump had a profound misunderstanding of the courts’ role. Washington

Hazing, humiliation and terror: Working while female in federal prisons

Inmates expose themselves and threaten rape. Male guards let them do it. And women who complain are “pretty much blackballed,” one correctional officer said. National
_____

Palm oil was supposed to help save the planet. Instead it unleashed a catastrophe.

A decade ago, the United States mandated the use of vegetable oil in biofuels, leading to industrial-scale deforestation — and a huge spike in carbon emissions. Magazine
_____

John Allen Chau had ventured to North Sentinel in the Andaman Sea, where the local tribe has killed outsiders for setting foot on their shore. International

Sigrid Johnson was black. A DNA test said she wasn’t.

The surge in popularity of services such as 23andMe means that more and more people are unearthing long-buried connections and surprises in their ancestry. Magazine
_____

The year’s noteworthy fiction, poetry and nonfiction, selected by the editors of The New York Times Book Review. Book Review
_____

The locals, known as porteños, take their drinking traditions — and the amazing variety of places where they can indulge them — very seriously. Travel

How a $15,000 movie rallied a new generation of black auteurs

An oral history of Barry Jenkins’s “Medicine for Melancholy,” as told by admirers — Lena Waithe, Justin Simien and Terence Nance — and Mr. Jenkins himself. Arts & Leisure