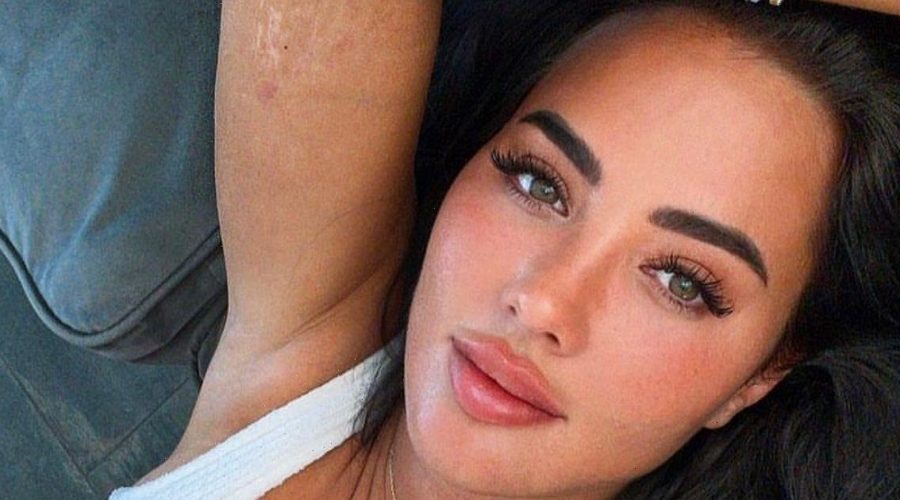 Yazmin Oukhellou has revealed the scarring on her arm after being involved in a tragic car crash earlier this year which claimed the life of her ex boyfriend Jake McLean.

The former The Only Way Is Essex star, 28, and Jake, 33, were involved in a devastating car accident in Turkey that killed Jake and left Yazmin with life-changing injuries.

Yazmin has told how to survive the ordeal, she had to “snap her arm” in a bid to free herself and get help for her and Jake, and she's now shared a snap of the scars on her arm.

"Every scar is a reminder not just that you got hurt, but that you survived," the reality TV star captioned the post.

She could be seen lying down wearing a white bikini and red striped shorts with her arm above her head in the stunning selfie.

Yazmin was inundated with supportive messages from her followers, with close pal and fellow TOWIE star Junaid Ahmed commenting: "Beautiful".

Dani Imbert added: "You are just beautiful," while another Instagram user said: "Wow Yaz you look stunning in this picture".

Yazmin's latest snap comes after she opened up about the criticism she's received for trying to move forward and resume normal life following the tragic car crash.

"Experiencing that level of scrutiny has been extremely hard,” she told The Sun. “I can’t lie and say those comments don’t affect me, because they really do.”

“If I have dinner out with friends, these people will post saying: ‘Oh, she’s got over it quick.’ I block those people straightaway, but they’re the ones I’ll focus on for the rest of the day and beyond. When I read those comments, I feel sick.”

Yazmin went on to say that “there’s not a day where I don’t think about the crash” and added that while she may smile in some photographs shared on social media, it doesn’t necessarily mean she’s happy on the inside.

“None of them know what is going on in my life. I’m torn apart with grief for Jake. It affects me every minute of the day. Just because I have a meal in a restaurant or travel abroad to work on my healing process, doesn’t change that,” she went on.