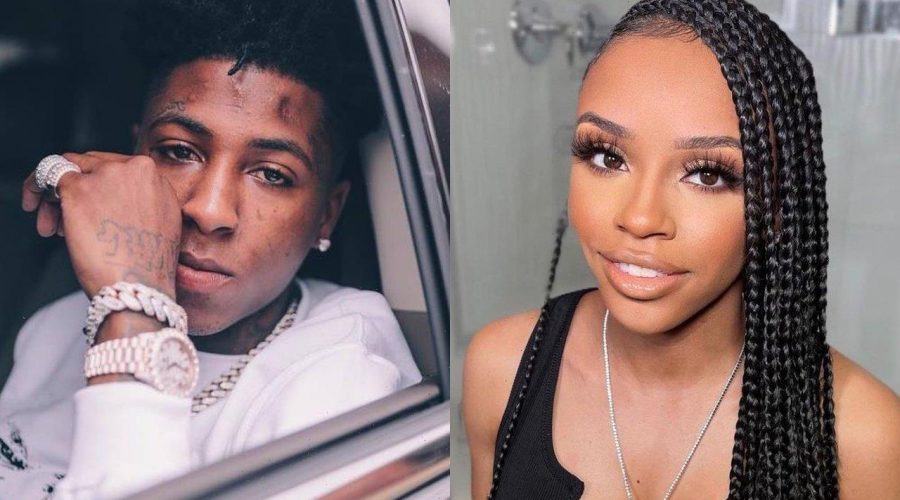 In related news, it has been reported that people flood Apple’s App Store to download Clubhouse after the ‘Break or Make Me’ rapper’s recent appearance on the platform.

AceShowbiz –Yaya Mayweather is indeed keeping tab on her baby daddy NBA YoungBoy (YoungBoy Never Broke Again). The daughter of Floyd Mayweather, Jr. surprised the rapper when she joined his chat on Clubhouse on Monday, December 6.

In a video circulating online, the “Life Support” rapper seemingly asked Yaya, “Why are you here?” To that question, she replied, “So I can stalk you.”

Internet users quickly troll Yaya upon watching the clip. “Honey smh! Let go of that hold he has on u sis!” one person urged Yaya to move on. “Stalk him for what though girl he has a girlfriend leave the man alone,” someone else echoed. Another person added, “Bro she literally was obsessed with him and he impregnated her… scary.”

Yaya seemingly caught wind of the comments and was quick to clarify that she was actually added to the chat. “I usually don’t care to clear things up but y’all dtm kentrell added me to the chat on clubhouse,” she explained on Instagram Stories.

Some fans thought she was telling the truth. “I mean he clearly addressed her like he knew she was in the room & also defended her against the girl who tried to check her. The stalking comment could have easily been a joke but since it’s her let’s take it literal,” one person opined.

“I don’t really understand what he said but it sounded like he asked her why she didnt have a picture up. How did he know it was her? Maybe he did add her,” someone added. “She definitely was a moderator. He had to add her,” another person commented, while one other wrote, “It seems as she said that as a joke & people wanna turn it serious and run with it.”

In related news, it was reported that people flooded Apple’s App Store to download Clubhouse after YB’s recent appearance on the platform. “After NBA Youngboy joined Clubhouse and his entire fan base flocked to the app. Clubhouse wnet from being ranked 60th on the App Store to being top 5 in a matter of days,” DJ Akademiks wrote on Twitter.