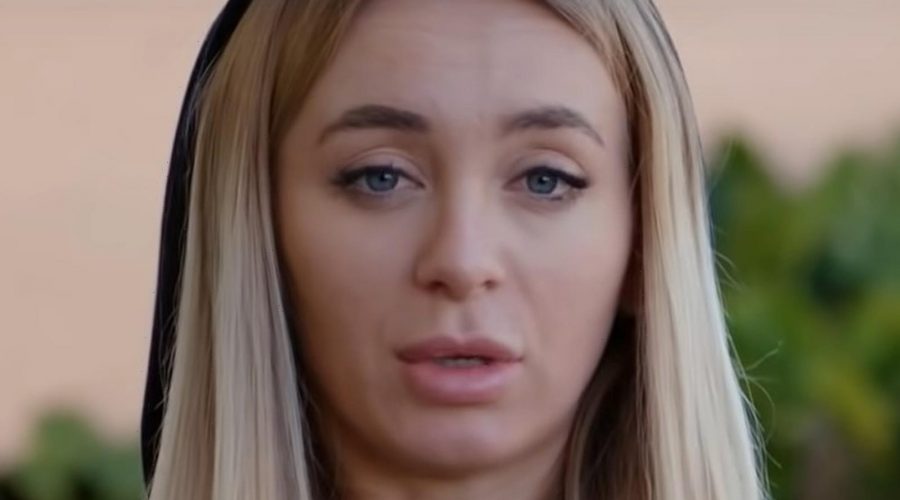 Been wondering what Yara Zaya and Jovi Dufren have been up to since they were featured on 90 Day Fiancé, season 8? While the couple clearly had love for one another, the show didn’t shy away from depicting the struggles they endured together. Indeed, just six months into their newly blossoming love story, Zaya discovered that she was pregnant. Heartbreakingly, the pregnancy ended in a miscarriage, which was devastating for the pair but ultimately brought them closer together. Dufren decided to propose to Zaya, and the couple began the K-1 fiancé visa process, which would have Zaya begin her transition from life in Ukraine to life in New Orleans, Louisiana (via InTouch Weekly).

In a recent episode of Tell-All, the couples from season 8 reveal some never-before-seen or -heard footage from the season, and discuss the status of their relationships. Well, we’re happy to report that Zaya and Dufren are still together — and they even welcomed their first child.

Yara and Jovi deal with stripper drama in Tell-All

After a traumatic miscarriage, the couple couldn’t have been more thrilled about the birth of their first child, Mylah. The birth of their baby came after their big Las Vegas wedding (via YouTube), which is shown in season 8 of 90 Day Fiancé. But while the couple is certainly in postpartum and marital bliss, this doesn’t mean everything has been easy. Zaya admits that her mother refused to attend their wedding and hasn’t even met their daughter yet (via TV Insider). But it’s not just her disapproving mother who is bringing Zaya to tears — it’s her own husband.

According to Entertainment Weekly, Dufren allegedly went into a private room with a stripper during the night before their wedding, which happened while Zaya was still pregnant with their child. “I had a dance, came back downstairs, continued to have fun, and then went home,” Dufren recalled.

Zaya began to cry as she sat through the interview and watched the footage of it happening, which she had apparently never seen before. “It just makes me really mad. I don’t think it’s respectful to me as your woman,” Zaya said. “But he’s a grown a** man and I can’t tell him what to do.”

Jovi takes a lie detector test during the Tell-All

Just when we thought things couldn’t get worse, host Shaun Robinson brings out a 90 Day Fiancé first: a lie detector test. While Robinson admits that she believes Dufren has been relatively honest throughout their previous interviews, it’s time to test that theory.

Right out the door, Dufren is shown to be lying when he’s asked if he’s ever slept with a stripper before — he says he hasn’t, but the polygraph says otherwise. Robinson, as well as the audience, are in shock. “You are so busted … Yara is gonna see this,” Robinson says (via YouTube). He later admits to have taken “a stripper to Jamaica,” as well.

It’s not clear if this intimacy with a stripper was during the time that he and Zaya were together, or if perhaps it was at a different time. Either way, Dufren says it’ll be a bad thing when his wife finds out, and Robinson jokes that the results will be emailed to her.