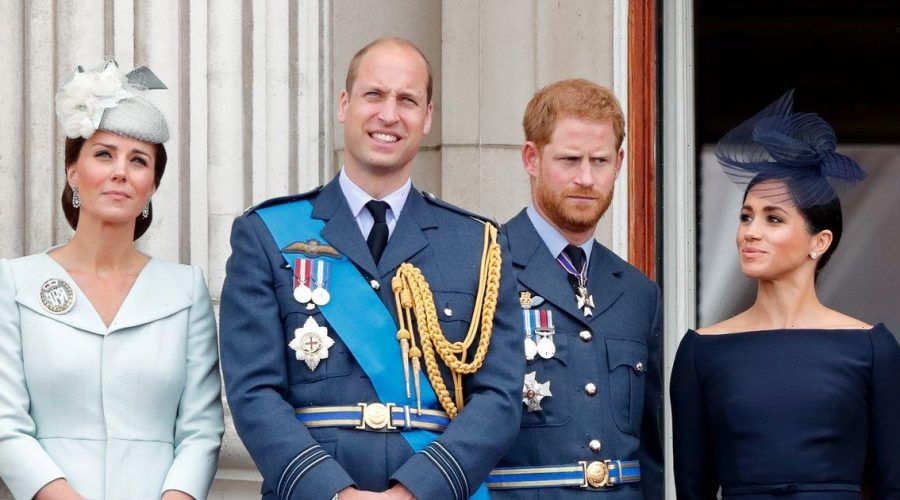 Prince William reportedly blasted his sister-in-law Meghan Markle as "that bloody woman" over her "merciless" treatment of his staff members, a royal biographer has claimed.

Robert Lacey, who wrote the Battle of Brothers to detail the feud between William and Prince Harry, has alleged that the Duke of Sussex wants to make amends and will even admit "some of the missteps he has made".

However, it appears unlikely to happen soon as the author claims his brother has a short temper and once hurled a "particular insult" towards Harry's 39 year old wife Meghan when thinking about reuniting on next year's Platinum Jubilee balcony, when the Royal Family is set to gather on the balcony of Buckingham Palace.

"According to one of my sources, it's been pointed to him that everyone has a difficult sister-in-law," Robert wrote in his Daily Mail column.

He continued: "William's response was to nod his head in sage acceptance. Then suddenly he broke out angrily. 'But look at the way that bloody woman treated my staff – merciless!'"

Robert went on to claim that some of 36 year old Harry's pals said that Meghan "can be a 500 per cent nightmare," adding: "The never-ending PR. She's just so… American!"

While other sources alleged that Prince William and Kate Middleton, 39, "were guilty of some 'sharp-elbowed' tactics in seeking to keep" them in "their place".

OK! Online has approached both Harry and Meghan as well as William and Kate's representatives for further comment.

In the book, Robert also claimed a furious Prince William threw his brother out of his royal household after finding out about a file claiming staff were mistreated by Meghan.

The angry royal reportedly went “ballistic” after hearing about the claims in the dossier that she "bullied" Kensington Palace staff and is said to have ordered his private secretary to separate the two couple’s households “immediately” following the incident.

Meghan and Harry have vehemently denied these allegations as a spokesperson said that the Duchess is "saddened by this latest attack on her character, particularly as someone who has been the target of bullying herself and is deeply committed to supporting those who have experienced pain and trauma.

"She is determined to continue her work building compassion around the world and will keep striving to set an example for doing what is right and doing what is good."

Meghan's legal team added to The Times : "Let's just call this what it is – a calculated smear campaign based on misleading and harmful misinformation."