Days after the surprise drop of his new album on Friday, Nov. 27, Bad Bunny is turning his focus to future musical collaborations, specifically Big Hit Entertainment’s Bangtan Boys. Following numerous requests from fans and ARMYs alike, you might be wondering: will Bad Bunny collaborate with BTS on a song? Here’s the one thing he says he has to do first.

During an interview with E! News on Saturday, Nov. 28, the "Callaíta" hitmaker discussed his new El Último Tour Del Mundo album, which included a collaboration with Rosalía. Bad Bunny, who admitted his latest album was "something different" than the tracks he’d put out in the past, also got candid about some of his fellow musicians and whether he’d be open to working with them, specifically BTS. The Puerto Rican star is no stranger to ARMY requests to release a track with RM, Jin, Suga, J-Hope, Jimin, V, and Jungkook, and he revealed he was totally on board with the idea during the interview, albeit with one condition: "I have to learn how to dance first."

"I know how to dance, but not like BTS," he told host Erin Lim during the interview, getting up and demonstrating his best moonwalk.

"When I learn to dance like BTS, I’m going to collab with them," he said.

Sadly, the star didn’t give a timeline for when fans can expect him to pair up with the hit South Korean group, but considering the boys of BTS have already released collaborations with Nicki Minaj, Halsey, Steve Aoki, Max, and Troye Sivan, it wouldn’t be surprising if it’s only a matter of time. 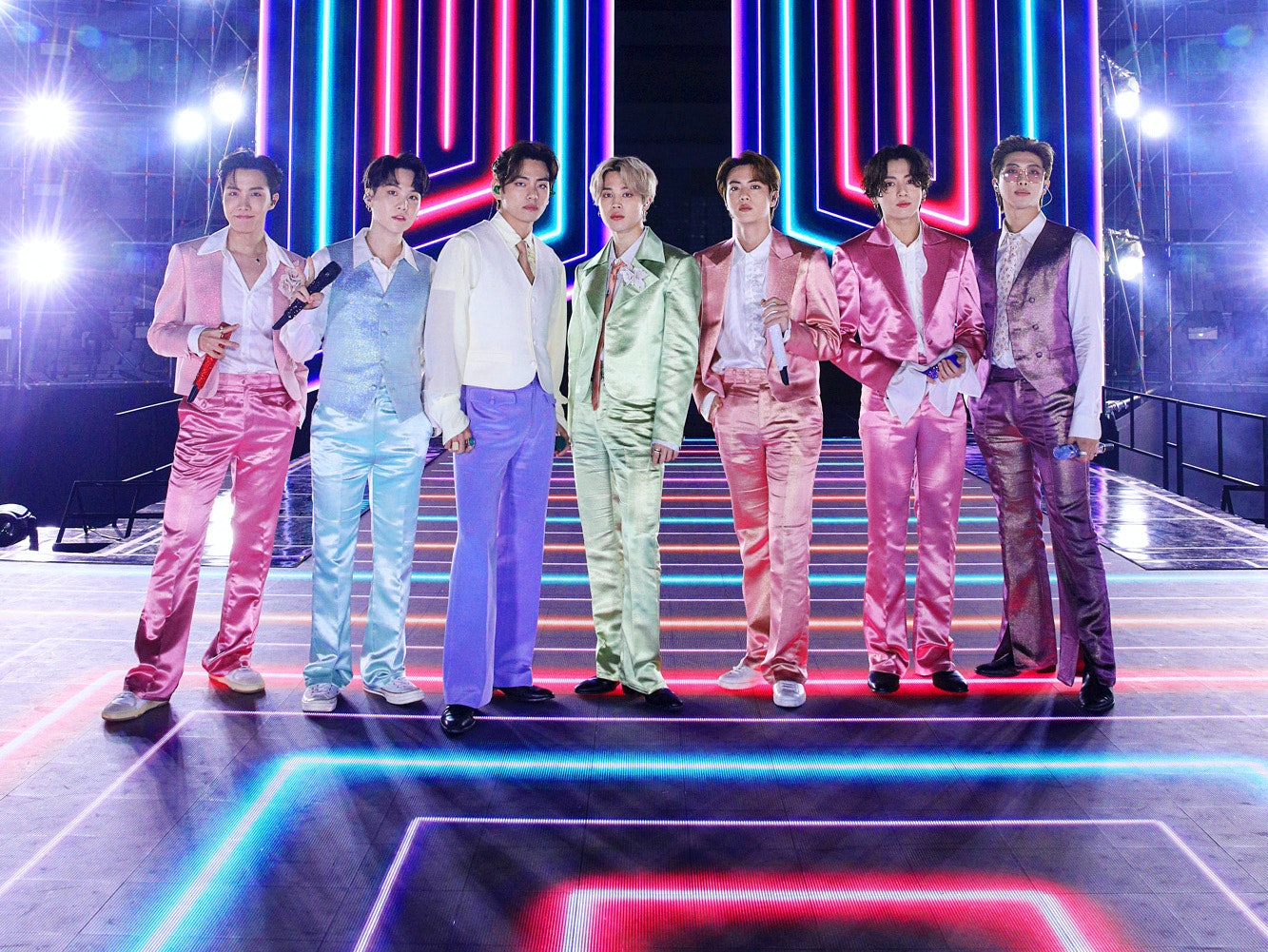 "I think you can dress in whatever you want," he said, adding that he was also open to collaborating with the "Watermelon Sugar" star. "I saw the cover and he looks great with the dress."

Only time will tell when Bad Bunny finally teams up with BTS or Harry Styles with what’s sure to be some unforgettable singles, but it’s safe to say fans are in for some chart-toppers when he does. In the meantime, El Último Tour Del Mundo is currently giving fans their Bad Bunny fix on a number of music streaming services.

11/29/2020 Celebrities Comments Off on Will Bad Bunny Collaborate With BTS On A Song? He Sounds Open To The Idea
Recent Posts
We and our partners use cookies on this site to improve our service, perform analytics, personalize advertising, measure advertising performance, and remember website preferences.Ok