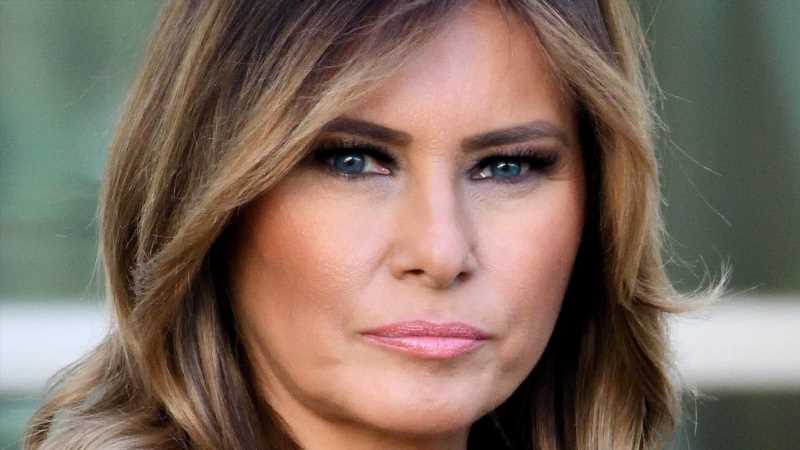 When it comes to Melania Trump, she might be one of the biggest enigmas of the political world, simply because no one knows what she’s really thinking or even doing on any given day. Ever since she and former president Donald Trump left the White House, she has been living a very private life — she and their son Barron Trump have rarely been seen in Palm Beach, where the young teen goes to school, according to People. During her husband’s last day in office, Melania recorded her farewell address as first lady of the United States and stood by her husband’s side during his. However, the moment the couple landed in Palm Beach, Melania, dressed in a bold Gucci caftan, went viral when she refused to stop and pose for cameras and made a beeline for her car without breaking her stride, as detailed in the Daily Mail. It certainly seemed like she was over and out.

But it’s Melania’s mixed signals that has many people scratching their heads. “I don’t feel like a prisoner. I’m enjoying it,” she told ABC News in an interview in 2018 when asked about how she feels about her life in the White House. Yet, in the same interview Melania also admitted that she might be one of the most bullied people in the world. So, what are her thoughts about Donald Trump potentially running for president once again in 2024?

Melania Trump wants to stay out of the spotlight 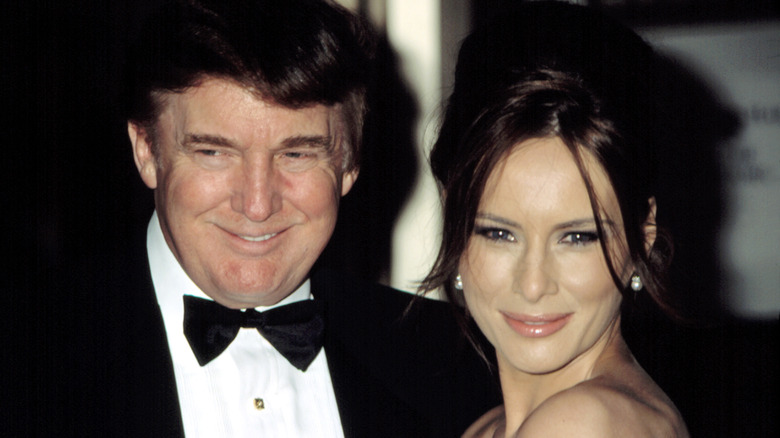 According to CNN, former president Donald Trump is reportedly considering another run for the White House in 2024, despite the fact that he lost the 2020 election to President Joe Biden. And while Donald has been appearing at rallies in Alabama and scheduling private meetings at his golf club in New Jersey to drum up support again, his wife Melania Trump wants nothing to do with it. In fact, it sounds like she would rather stay put in Florida than move anywhere near the White House or even Washington, D.C. again.

One source close to the former first lady told CNN: “Being first lady again is not what she wants. For her, it was a chapter — and it’s over, and that’s that.”

So, how does Donald feel about his wife’s absence? Well, not much has been said other than him telling his rally supporters that “Melania says ‘hello.'” But Melania certainly seems satisfied with her other priorities in life.