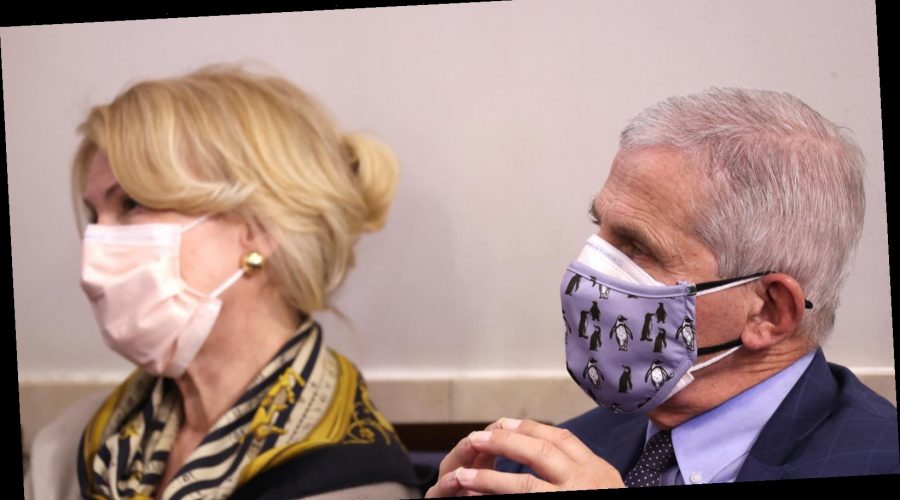 It might have been too much for Dr. Deborah Birx and Dr. Anthony Fauci to expect that their former boss, Donald Trump, would stay mum in light of the comments they made about his administration during their respective appearances on CNN’s special on the coronavirus pandemic, and sure enough, the former president did not disappoint.

One day after Birx and Fauci appeared on CNN to give their side of the story on what transpired during the early days of the coronavirus pandemic, Trump returned with a statement where he said he felt it was time to “speak up about Dr Fauci and Dr Birx”, who he called “two-self-promoters trying to cover for their bad instincts and faulty recommendations” (via Politico).

Trump began by saying that both doctors had made faulty recommendations “which [he] had fortunately almost always overturned,” because these decisions would have “left our country open to China and others, closed to reopening our economy, and years away from an approved — vaccine putting millions of lives at risk.”

Trump also positioned the pandemic expert as the “king of flip flops” who “moved goalposts” to make himself look better, and he pushed an on-the-ground resistance to mask wearing on Fauci, who he said changed his mind several times on the issue of wearing masks as the pandemic wore on.

Dr. Birx didn’t get off lightly, either. The former president called her a “liar with very little credibility,” whose recommendations were viewed as “pseudo-science.” He also noted that Birx was a “terrible medical advisor, which is why [he] seldom followed her advice.” He claimed Birx ruined the lives of children because they couldn’t go to school, ruined businesses, and “killed an untold number of Americans” through lockdowns (via Politico).

But far from seeing Trump’s statement as a rant against Fauci and Birx, there were those, including CNN correspondent John Harwood, who pointed out, via Twitter, that “by proudly acknowledging he overruled Fauci and Birx, Trump owns US coronavirus response. the record: more cases and deaths than any country in the world by far; more than 2x as many cases/deaths per 100K population than Canada next door; 50x death rate of South Korea.” His sentiment was shared by others on social media, who felt that the former president’s admission that he rejected Fauci and Birx’s suggestions also meant that he was taking responsibility for the circumstances that lead to the more than half a million COVID-related deaths.

03/30/2021 Celebrities Comments Off on Why Donald Trump Is Fuming Over Dr. Fauci And Dr. Birx
Recent Posts