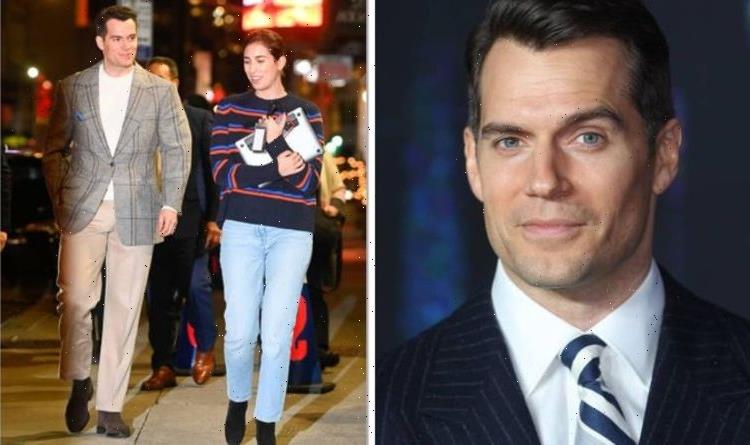 Henry Cavill discusses the character of Geralt in The Witcher

Henry Cavill, 38, is returning to the hit Netflix series The Witcher today. This is sure to see viewers keen to learn a bit more about his life off screen as well. The star has previously opened up about his past romances and explained that heartbreak was one the “toughest” times of his life.

The Superman actor spoke to The Inquirer back in 2015 about his values, his love life, and his idols.

The actor was asked about what the most difficult period of his life has been so far.

He responded by talking about previous failed relationships and heartbreak.

“So yeah, I had my heart broken and had my best friends look after me after a bad heartbreak.

“I wasn’t being particularly bad. I was just being morose and heartbroken.”

The Witcher actor also joked about how the experience earned him his own sandwich.

He said that it took him a while to finally eat again after the break-up, and when he did, his friends named a sandwich after him.

He added that it was a “joy” to see the smile on his friends faces when he ate a sandwich for the first time.

“My friend’s wife made this particular sandwich which I ate.

“Just to see them so happy taught me a lot. They now call it the Henry Sandwich.”

Henry continued, talking about his love life and what he finds attractive in a woman.

He said that what he looks for most in a woman is when she is “herself.”

The Man From Uncle actor explained that this is a trait that he looks for in anyone.

Henry is thought to currently be dating a woman named Natalie, after he shared some insight into their life on Instagram.

Posting a picture of them on May 15, he penned: “I am very happy in love, and in life. I’d be enormously grateful if you were happy with me.

“If you can’t bring yourself to be happy with me, then at the very least try to do yourself proud and be the best version of yourself.”

The actor has been in the news recently after bookies have placed him second after Tom Hardy in the race to be the next James Bond.

Henry has made it clear in recent interviews that he has a strong interest in having a conversation about playing the next Bond.

He will be starring in the next season of Netflix’s The Witcher, which was released on Netflix today at 8am.

The Witcher star famously auditioned to be Ian Fleming’s spy in 2005 when in his early 20s but lost out to Craig to star in Casino Royale.

Other hot contenders are Game of Thrones’ Tom Hopper at 7-1 and Idris Elba, Richard Madden and James Norton all on 8-1.

12/17/2021 Celebrities Comments Off on ‘What do you do?’ Henry Cavill said ‘heartbreak’ was toughest time of his life
Recent Posts