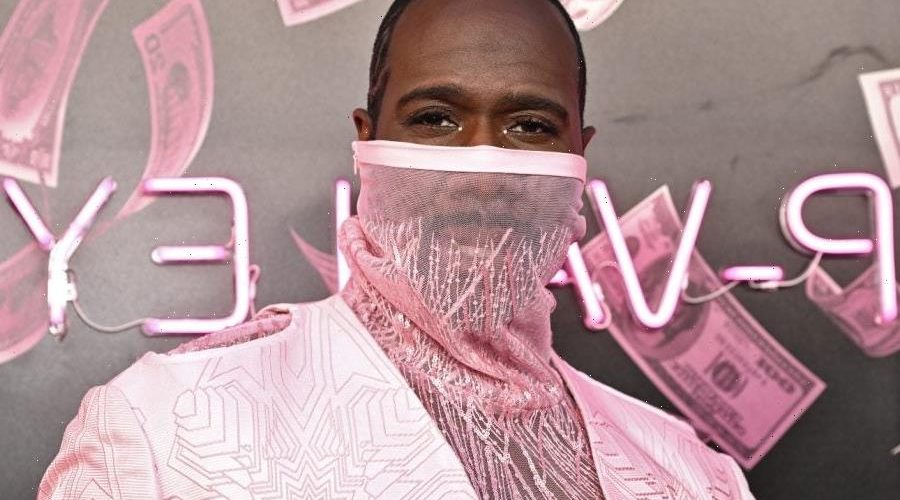 Nicco Annan has been playing some version of P Valley‘s Uncle Clifford since 2009. He originated the role in creator Katori Hall‘s play Pussy Valley, and on June 3, the Detroit-bred actor returned to the hit Starz series adaptation playing the nonbinary owner of a Mississippi strip club called The Pynk. With the anticipation surrounding the season two premiere, ESSENCE spoke to Annan about living up to the hype of the show’s first season, mending wounds of homophobia and spotlighting the brilliance of Black people during the early days of the pandemic. Check out the conversation below.

Given the popularity of P Valley, did you feel any pressure living up to fan expectations while filming the second season?

NICCO ANNAN: Feeling pressure is an odd question these days because of the world that we’re living in politically and socially. Creating the show in the pandemic was another pressure in and off itself. To be honest, it’s a little bit of a blessing and a curse. I didn’t feel the pressure to live up to anything like that because we were in the midst of the pandemic and there were so many other things going on that were greater than pop culture going on at the time.

I’ve been with the project for so long, from its inception, I’m accustomed to life in the midst of P Valley so I think that has actually been an inherited fertile ground where I can process life and still do the work.

I wasn’t thinking about doing some gimmicky thing. And with Katori Hall (the show’s creator)…that’s not even a real possibility. This season is a real time capsule of what we as a country and specifically Black people and southern people have been through and how we were able to survive through this pandemic. Everything from churches, small businesses, to our club. That took precedent so I didn’t have to get involved in the whole [question of] ‘What do we do now?’ We just decided to continue to tell the truth, for real.

Because you’ve been playing this character for so long, what has kept you engaged with the work for so long?

ANNAN: One, the truth. The bold stories that are being told. I have a very vivid imagination. And I don’t know that as an artist I ever imagined being able to tell these types of stories that we’re telling on this show, in such an audacious way. I didn’t know that Uncle Clifford would grow and be embraced lovingly as she is and I’m so grateful for. It’s really a dope thing for me.

BEVERLY HILLS, CALIFORNIA – APRIL 22: (EDITORS NOTE: This image has been retouched at the request of the subject.) “P-Valley” actor Nicco Annan is seen in his award show look for the 2021 Independent Spirit Awards on April 22, 2021 in Beverly Hills, California. (Photo by Kelly Balch/Getty Images for ABA)

Playing this character all these years, it’s really heartwarming and I hope a change agent for our community in healing some of the broken fractures in homophobia in the different sectors in our community. To be able to have hypermasculine, heterosexual men and some old fire and brimstone sisters and brothers in the church embrace this show in a welcoming way, it’s really transformative to our community. That’s something that I am extremely proud to be a part of.

You said that the reason people are attracted to Uncle Clifford is because she’s so truthful and so free. Has your portrayal of her brought more freedom into your own life?

ANNAN: Yes, yes for sure. Sometimes it’s a little overwhelming where I have to become a little bit of a recluse. Everybody’s not like the characters in the story where it’s all this love. You not my real cousin but you feel like you my cousin. Because of the pandemic it’s been in increments, my contact with the world and people. I’ve been able to digest it in a healthy way.

What are you interested for fans to see this second season?

ANNAN: I’m excited for people to see how resourceful we as a people are. That’s something that really excites. I think we do it but don’t really recognize that we are doing it. There are so many constructs out there that are antithetical to our Black truth. And I think we are storytellers and movers. I think that the show definitely represents that. People think that a strip club is going to be a place that is so salacious. But I think it’s a place where there is so much heart, so much passion and so much drive. I’m excited for people to see how Keyshawn, Miss Mississippi (played by Shannon Thornton), gets herself out of certain circumstances and makes money now that she’s not at the club. Entrepreneurs have made a new resurgence. Sometimes we can forget how resilient we are and how brilliant we can be. Katori said if I can show just a bit of our brilliance to the world, then I’m doing my job as an artist.

There’s been a lot of discussion about whether people want to see the pandemic depicted in their entertainment. What do you think about that?

ANNAN: I definitely think you can have overkill and burnout but what I’m excited and proud of is that it’s not something that’s downtrodden. It’s not a heavy burden. This pandemic has taught us all so much. We’ve learned so much about ourselves. But sometimes you don’t realize what you did until you look back. Hindsight is 2020. For a lot of people, because we’re still in it, we don’t have time to look back. To me, the writers have done a great job of incorporating the pandemic but it’s not something that beats you over the head. You will be able to see, relate, laugh and cry. How could we be so bold and audacious in our storytelling for our community and not document what we’ve been through. We don’t need to wait 15 years for someone to write a book or an essay about how Black people, southern people made it through 2020. It’s in these episodes.

When the show was first conceptualized, the pandemic wasn’t a part of it but our show tackles current topics, whether it’s the retraction of Roe v. Wade, social justice. And who is telling our story? Who better than us? We don’t need to wait around for someone else to tell us what we know to be true.

06/07/2022 Celebrities Comments Off on 'We Just Decided To Continue To Tell The Truth:' Nicco Annan On The Return Of 'P Valley'
Recent Posts