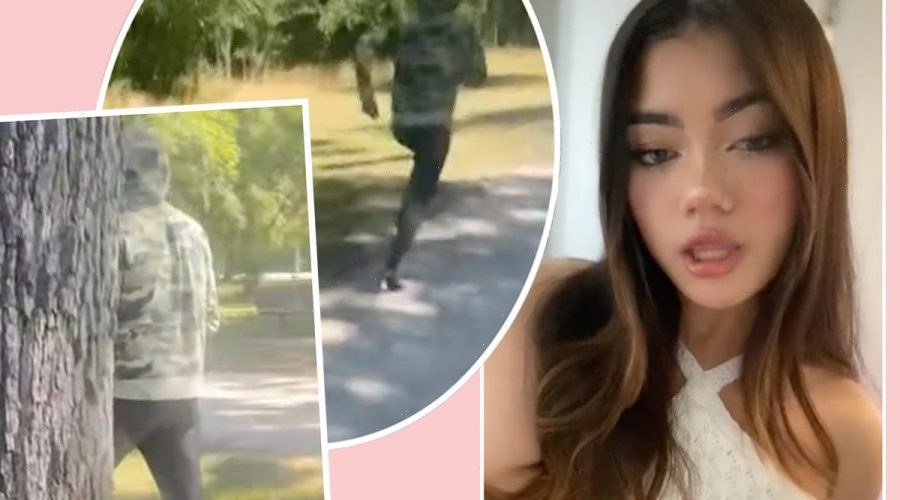 A woman has gone viral on TikTok after uploading a disturbing video of her run turning not-so-fun.

The woman, who identifies herself on the social media app only as Trinity, claims she shot the video as she was jogging in the park during a bright, sunny day earlier this week.

The footage shows Trinity boldly walking up to a man who is trying to hide behind a large tree trunk. In her caption on the screen, she explains the man had been following her and then allegedly exposed himself, right there in the park — but didn’t get the reaction he wanted:

“POV: Already 7 miles into your usual run you notice a man following you so you try running away from him but run out of breath, then arm distance away he whips it out and gets close until you take out your phone where he then hides behind a tree touching IT, so you can chase after him and record vid to show police.” 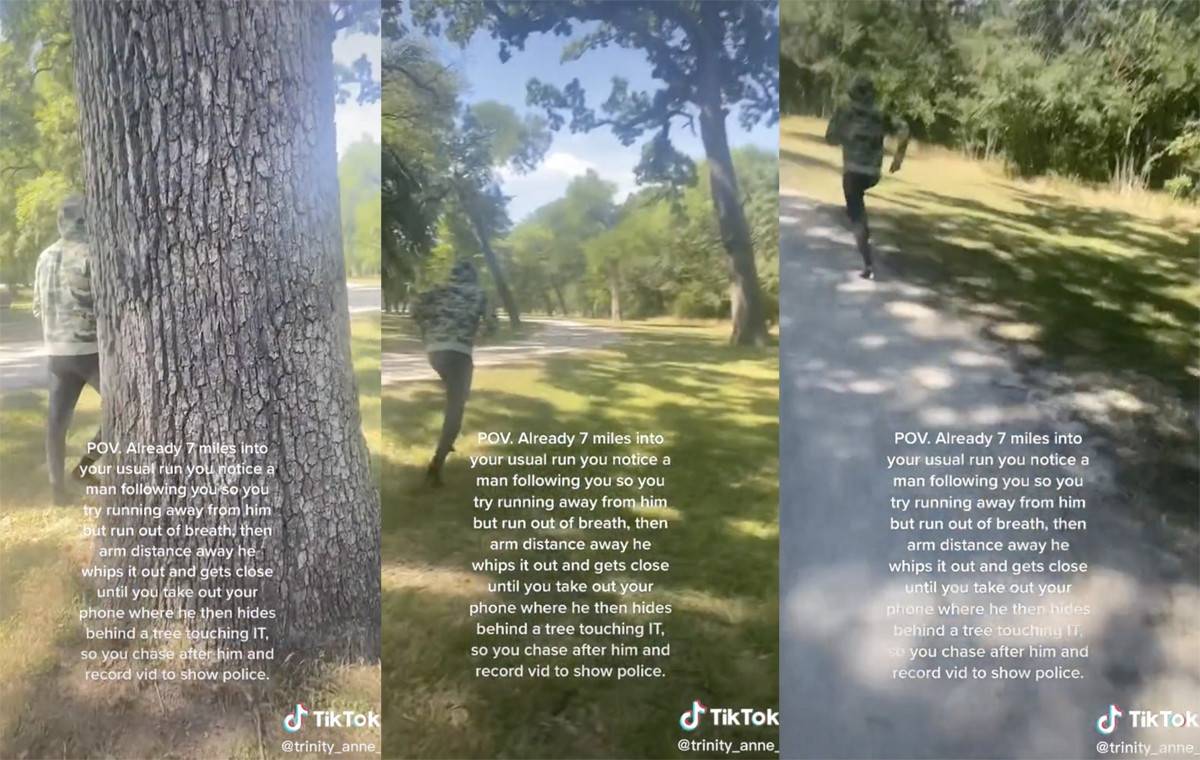 As she gets close to the man, she yells at him in an accusatory tone with her phone out, taking video evidence:

The man, who is wearing long pants and a sweatshirt with the hood up, attempts to walk around the other side of the tree away from her. She follows him all the way around before he takes off and runs away. Talk about turning the tables!

As the man bolts into the distance, Trinity can be heard breaking down in tears and sobbing through the aftermath of the incident.

Here is the full, disturbing video (below):

Other vid got banned. Spreading awarenes. Girls. YOU are in control. Not them.

The police reference was apparently legit, too.

A day later, in a follow-up vid, Trinity responded to a user who accused her of faking the incident by sharing a pic of what appeared to be two police officers taking down a report:

“This is very much real. It is not uncommon for these things to happen nowadays. Believe me or not. This is mine and others reality”

On the jogger’s disturbing video, which has nearly 6 million views as of Friday morning, more than 16,000 people have commented. Many shared their condolences to the poor woman for going through such a horrific experience, writing out reactions (below):

“I am so sorry this happened to you. We all really need to learn how to protect ourselves in situations like this. It’s getting scary out there.”

“So glad you’re ok. We all need to be very careful, they eventually get more brave and can do worse and have a weapon. Be able to protect yourselves.”

“u said ‘usual route’ he’s probably been watching for a while. I don’t mean to scare you but take a different route.”

“out in broad daylight too”

“Normalize traumatizing our tormentors. I’m so sorry this happened”

“I’m sorry that happened to you!!”

“And the police does nothing this has happened to me before”

“Hearing you cry makes me so sad. I’m sorry this happened to you no woman deserves this !”

“Oh honey. When you started crying I just wanted to come give you a hug. I hope all is better now”

“I just want to give you a hug — as someone with a little sister. Your crying broke my heart.”

‘Terrifying and traumatizing’ doesn’t even begin to describe it.

Seriously, WTF is wrong with people?? We’re just glad she had the courage to face him and turn him into the terrified one for a change. 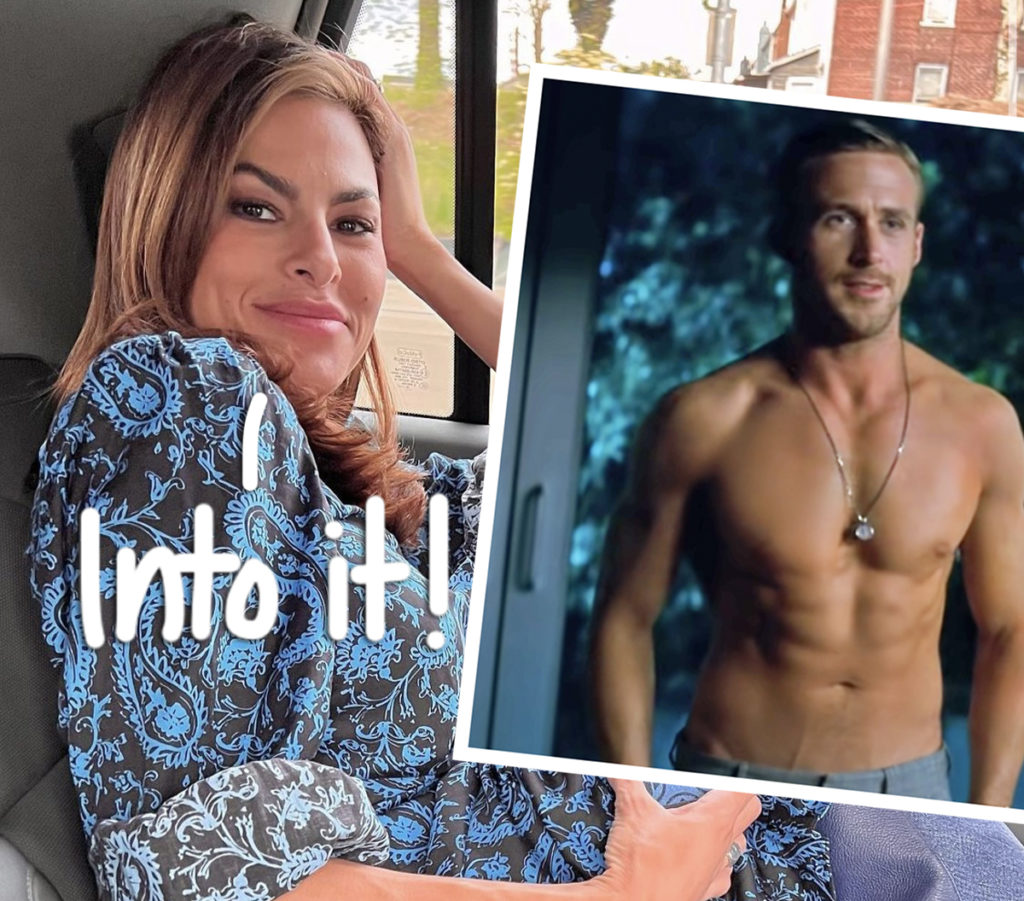 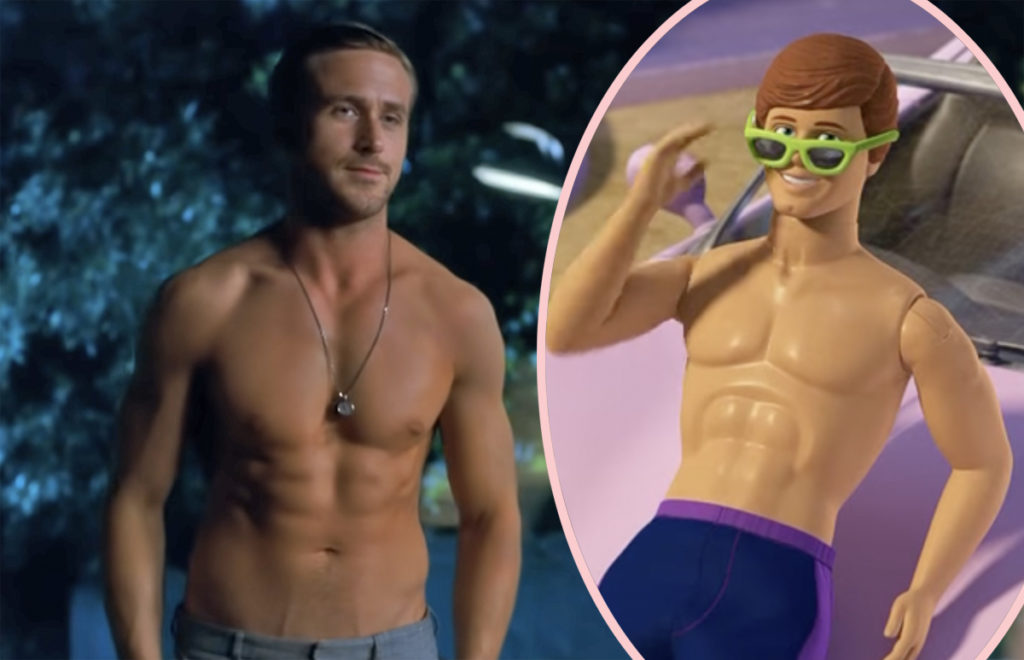 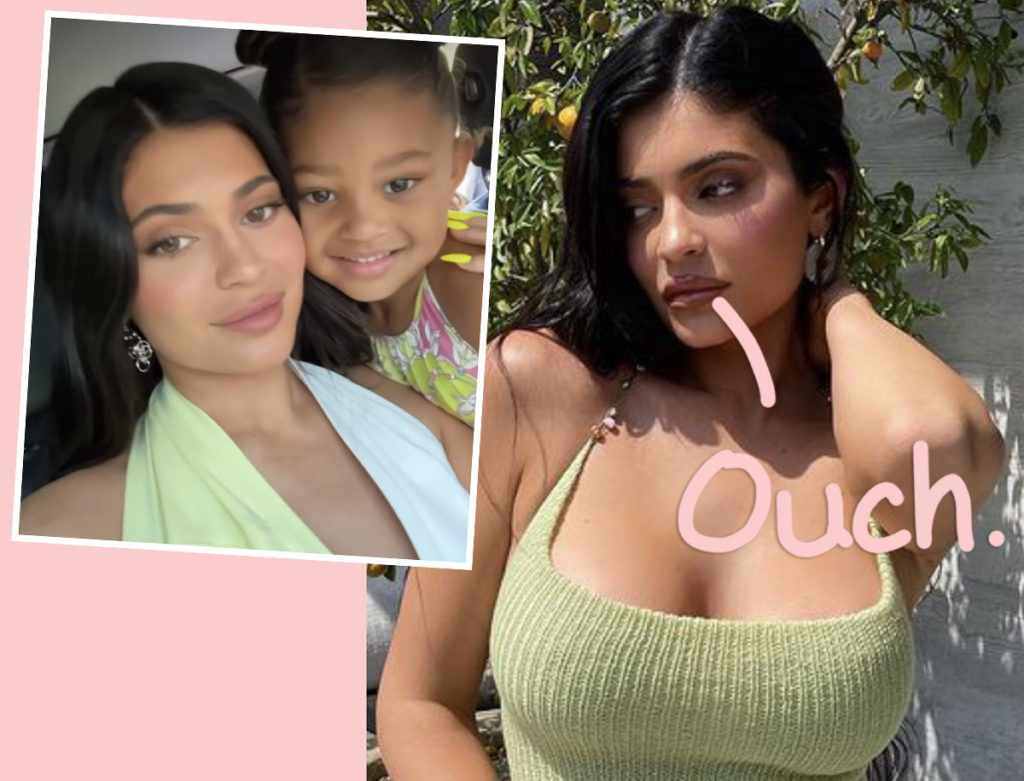 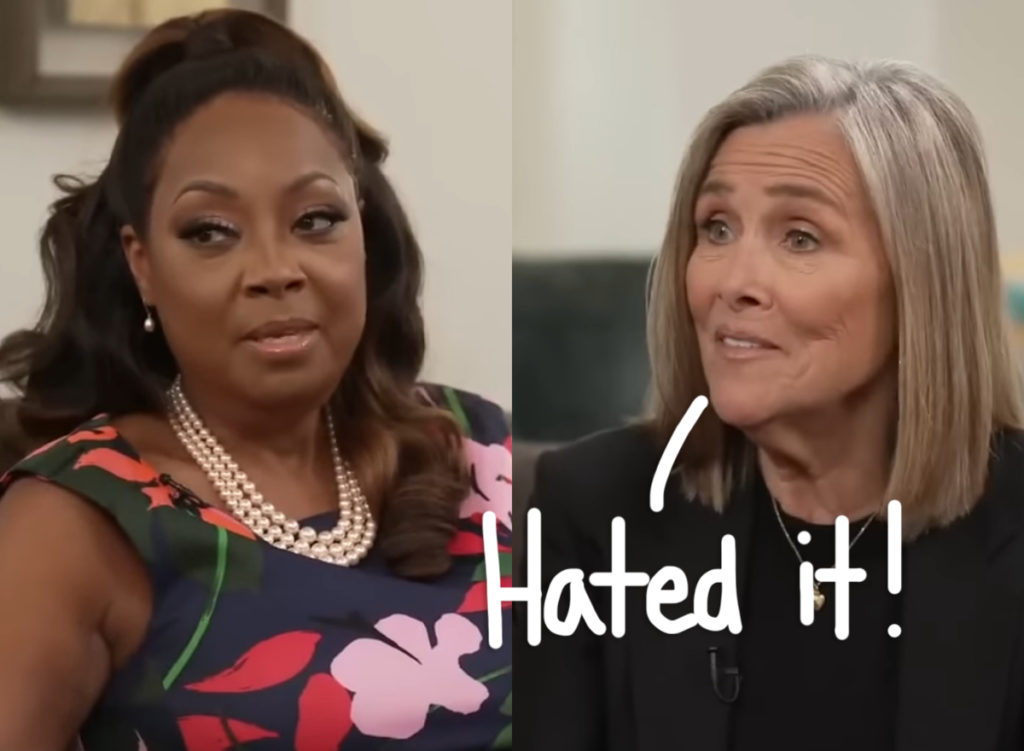