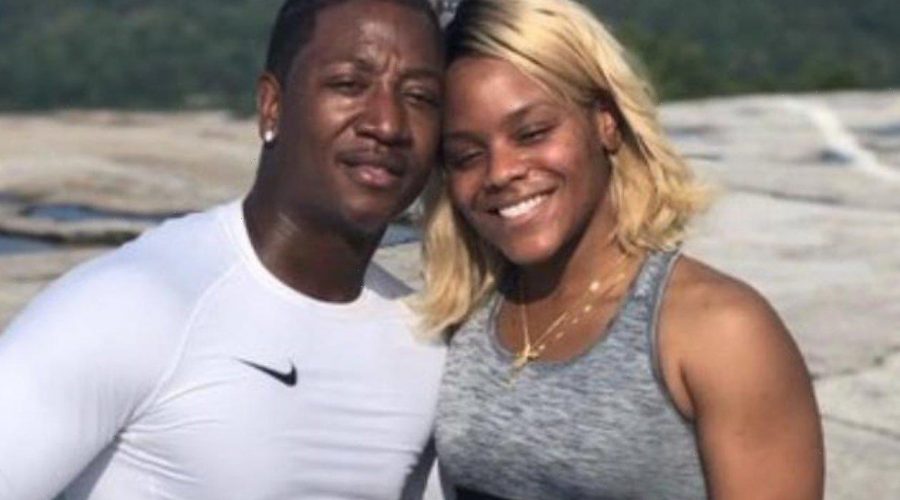 The ‘It’s Goin’ Down’ rapper and his criminal defense attorney fiancee have finally tied the knot after putting their dream wedding on hold due to the COVID-19 pandemic.

AceShowbiz –Yung Joc and Kendra Robinson are finally married, more than two years after getting engaged. The couple apparently tied the knot over the weekend, as seen in videos which have circulated online.

On Sunday, November 7, the couple’s friends and “Love & Hip Hop: Atlanta” co-stars, including Safaree Samuels, posted on social media footage of Joc and Kendra’s wedding. In one of the clips, the bride appeared to struggle to walk in her intricate wedding dress.

The criminal defense attorney wore a strapless white gown that perfectly hugged her curves from the chest to the thighs, before it cascaded into a volume skirt and long trail. At one point while walking the down the aisle, she had to pause for a while and bow down to fix something, possibly to lift the skirt that got stuck under her shoes.

The fashion mishap aside, a guest appeared to crash the stage when the couple was about to exchange their vows. An unidentified man, who dressed in a red outfit, was seen delivering a rambling speech before a priest grabbed the mic back from him.

The nuptials eventually proceeded with the priest officiating the wedding. After being declared man and wife, Joc, who looked sharp in a classic black-and-white tuxedo, helped his new wife walk down the stairs and flashed a V sign to the guests while smiling and holding her hand.

Joc and Kendra themselves have not posted anything about their wedding.

The pair were first revealed to be in a relationship in season 8 of “LLH: Atlanta”. At the time, they had been dating for years as their relationship was serious. The rapper, whose real name is Jasiel Amon Robinson, proposed to his girlfriend at the end of the season.

Earlier this year, Joc opened up how the COVID-19 pandemic forced them to rethink their dream wedding. “It definitely threw out the wedding planning,” the “It’s Goin’ Down” spitter told Page Six in February. “It pushed us into a whole new mental capacity. We said we weren’t going to be the couple that was engaged forever. We want to get engaged and get married right away.”

He said that they had been “thinking of alternatives and what to do to properly, you know, set the tone and placement for our future wedding plans.” He added with a laugh, “My ideal wedding looks like us, making it to the end with nobody walking up to the church saying, ‘Hey! I oppose!’ “

“A perfect wedding would just to be able to look into each other’s eyes knowing that we worked and fought hard for this very day and to just be able to share our love unconditionally in front of the world,” he shared.

11/08/2021 Celebrities Comments Off on Video: ‘LHH’ Star Kendra Robinson Struggles to Walk in Her Intricate Dress at Wedding to Yung Joc
Recent Posts