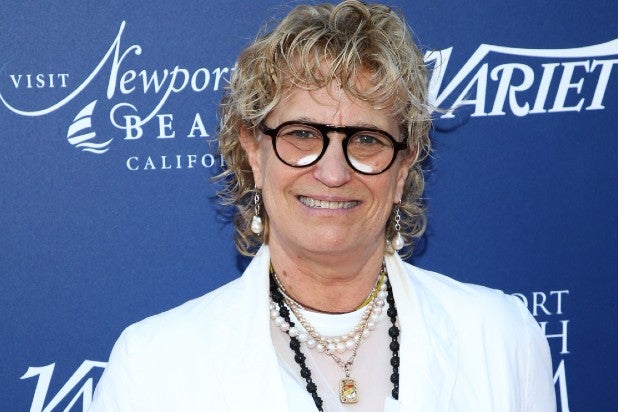 Variety Editor in Chief Claudia Eller will resume her role following an almost five-month leave on Oct. 26 as part of a restructuring at the media company, Variety announced Tuesday.

Eller will serve the remainder of her contract as EIC through summer of 2022. She will then be succeeded by Cynthia Littleton, formerly business editor who has been promoted to co-editor in chief, and another co-EIC, who will be named later.

In June, Eller said she was leaving her position temporarily “to take a serious moment of reflection,” following complaints made during a company town hall meeting.

Variety had held an all-hands company-wide meeting in the wake of criticism Eller received on Twitter from fellow entertainment journalists, including a fraught exchange with former Hollywood Reporter senior editor Piya Sinha-Roy, following an article she wrote about newsroom diversity. Eller convened the town hall to respond to rising staff pressure over the tweets, with Penske Media CEO Jay Penske joining the call.

In a letter to the staff on Thursday night, Eller wrote, “The last few months have been an incredibly stressful and challenging time, for everyone. That said, there is no excuse for the Twitter exchange I had with Piya last night. I completely understand your anger and upset at me; it is not at all misplaced.”

Eller was referring to a tweet exchange with Piya Sinha-Roy, a former top editor at The Hollywood Reporter, in which she called the journalist “bitter.” At the time, an individual close to Penske said Eller would return.

Eller, a former L.A. Times reporter, is known to be a sometimes brutally demanding boss. She joined Variety in 2013 to run the newsroom with a mandate to dominate in the highly competitive world of Hollywood trade reporting. TheWrap is a competitor of Variety.

According to two people at the town hall, Eller broke down in tears and apologized for her comments on Twitter. She then stepped off the group call and Penske opened up the floor inviting staffers to share their opinions. This opened the floodgates to complaints about Eller, including alleged abusive behavior toward editorial staff. One reporter shared that Eller had pushed staff to go into the field during coronavirus, despite their fears over doing so.

10/20/2020 Celebrities Comments Off on Variety Editor in Chief Claudia Eller to Return Next Week After 5-Month Leave
Recent Posts
We and our partners use cookies on this site to improve our service, perform analytics, personalize advertising, measure advertising performance, and remember website preferences.Ok