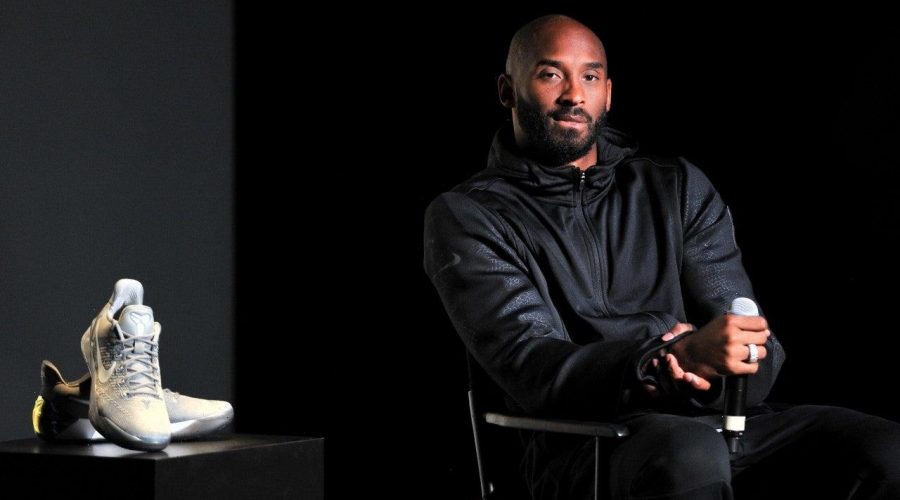 Kobe Bryant’s long-time shoe line with Nike has come to an end.

On Monday, Vanessa Bryant confirmed that Kobe’s five-year post-retirement endorsement extension with Nike expired on April 13, and she and his estate elected not to renew the partnership. In a statement posted to her Instagram Story, Vanessa explained that although the endorsement had ended, she would “continue to fight” to allow fans to wear her late husband’s products.

“Kobe’s Nike contract expired on 4/13/21. Kobe and Nike have made some of the most beautiful basketball shoes of all time, worn and adored by fans and athletes in all sports across the globe,” Vanessa wrote. “It seems fitting that more NBA players wear my husband’s product than any other signature shoe. My hope will always be to allow Kobe’s fans to get and wear his products. I will continue to fight for that.”

“Kobe’s products sell out in seconds. That says everything,” she added. “I was hoping to forge a lifelong partnership with Nike that reflects my husband’s legacy. We will always do everything we can to honor Kobe and Gigi’s legacies. That will never change.” 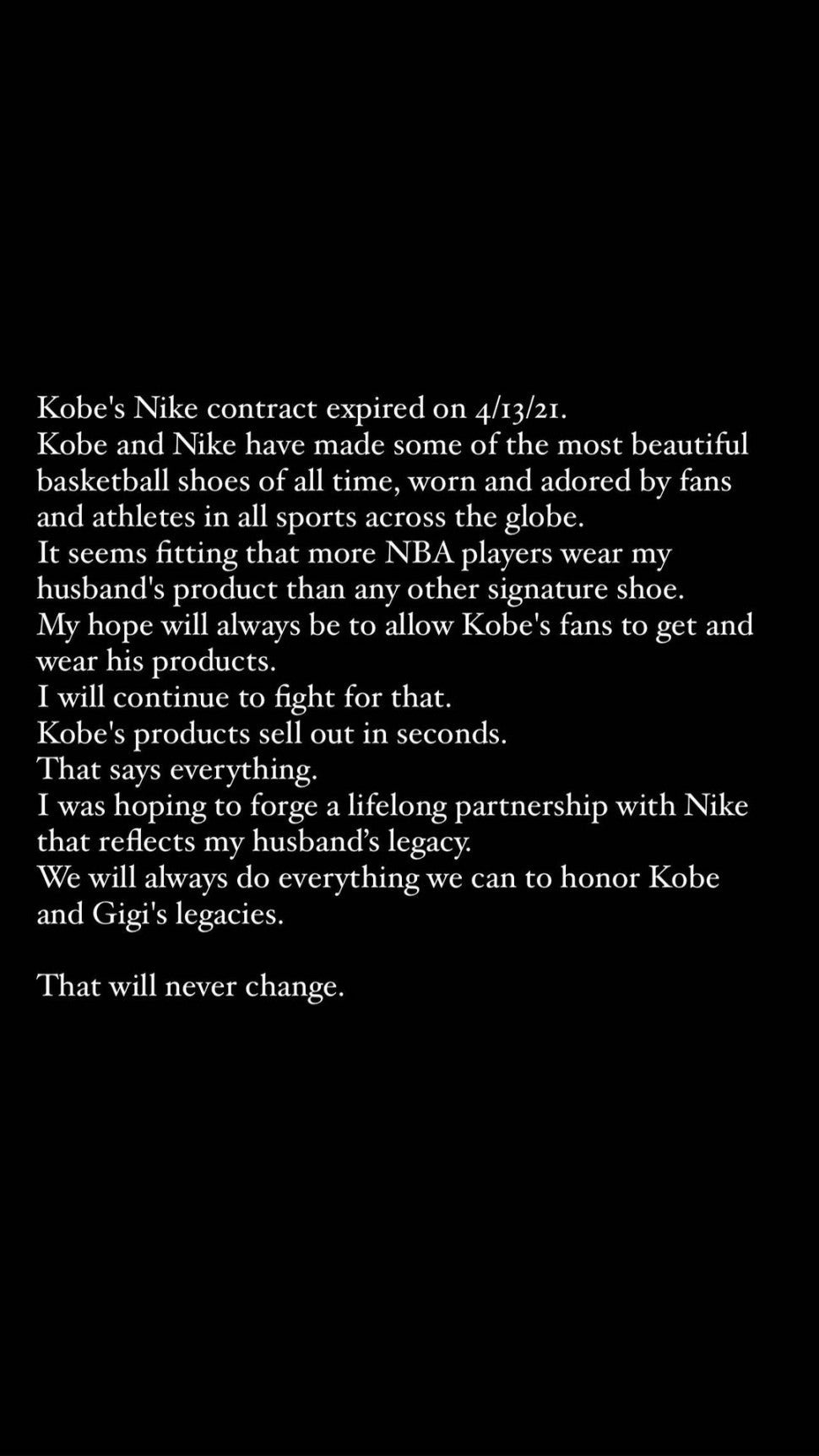 Kobe joined Nike as a brand representative in 2003 and signed an endorsement extension in April 2016. The basketball legend died in 2020 in a helicopter crash that also killed their 13-year-old daughter, Gianna “Gigi” Bryant, and seven others.

In a statement to ESPN, Nike called Kobe an “important part of Nike’s deep connection to consumers.” They added: “He pushed us and made everyone around him better. Though our contractual relationship has ended, he remains a deeply loved member of the Nike family.”

According to ESPN, it’s believed that all future releases of Kobe-branded products from Nike will stop. However, the Kobe Bryant estate is free to negotiate a new partnership with other brands as it owns the rights to both the “Mamba” logo and his signature.

Vanessa recently celebrated what would have been 20 years of marriage to Kobe with a sweet throwback photo from their wedding on her Instagram page. The two married on April 18, 2001, after meeting during a music video shoot in 1999 while Vanessa was still in high school and Kobe was just 20 years old. They got engaged when she turned 18 and tied the knot soon after.

“I love you for now, forever and for always @kobebryant ❤️❤️,” Vanessa captioned a montage of videos of her and Kobe throughout the years.

Watch the video below for more on the Bryant family.

Vanessa and Natalia Bryant Get Tattoos Together 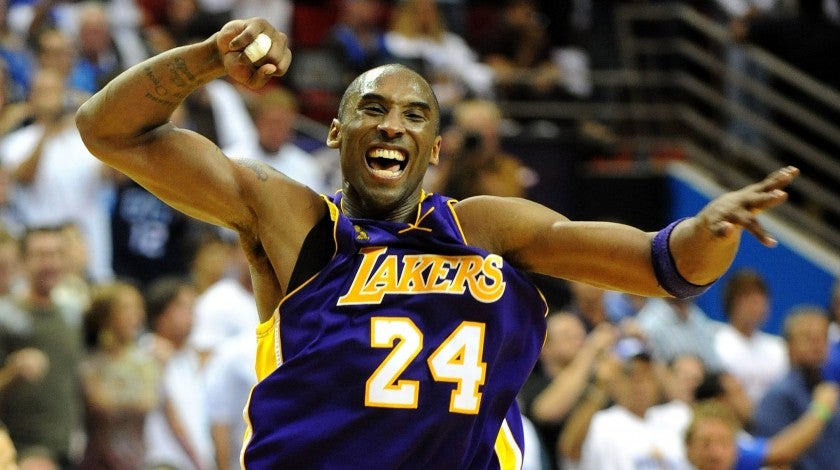 Remembering Kobe Bryant: The Life of the NBA Star in Pictures