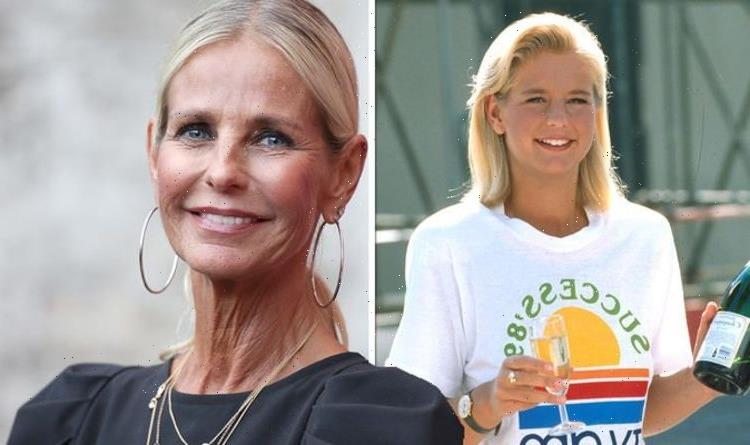 Ulrika Jonsson, 54, has opened up about understanding the Strictly Curse as she experienced something similar on Gladiators. The beloved presenter hosted the ITV show when it began in the 1990s.

Ulrika shared how she related to Sophie Ellis-Bextor’s recent comments on how Strictly Come Dancing impacted her marriage.

The broadcaster cited this as an example of the infamous Strictly Curse, which has seen several contestants have affairs on the show.

She admitted she experienced something similar when she joined Gladiators in 1992.

Ulrika had been presenting the weather, which she admitted had led to early mornings and limited time seeing her husband.

The presenter then took up the gig hosting game show Gladiators which she branded a “sexy world” in a recent column.

She explained to The Sun: “I faltered. The second year of the show’s recording, a member of the camera crew caught my eye on the dance floor at a party towards the end of the filming.

“We ended up dancing together, albeit not Strictly-styley.

“Not intimate but enough for me to get a taste of something enticing and forbidden.

“Nothing happened but I developed feelings for this man and came home a much-changed wife. I didn’t want to be at home.”

Following the incident, Ulrika admitted her “marriage broke down” and she was later unfaithful.

Ulrika presented Gladiators alongside John Fashanu from 1993 until 1996.

At the time, she was married to cameraman John Turnbull after they tied the knot in 1990.

This isn’t the first time that Ulrika has opened up on cheating on her then-husband.

Back in 2017, she told the Daily Mail’s Weekend magazine how she regretted her actions.

She said: “I was so young. I didn’t know myself.

“I did some not very nice things. I was unfaithful, which is more than not nice.”

Ulrika has been married three times and has four children.

Her second marriage was to Lance Gerrard-Wright who she met while filming Mr Right.

They have one daughter together and were married from 2003 until 2006.

She married advertising executive Brian Monet in 2008 before the pair announced their separation in 2019.

Ulrika also had a daughter with hotel manager Marcus Kempen in 2000.