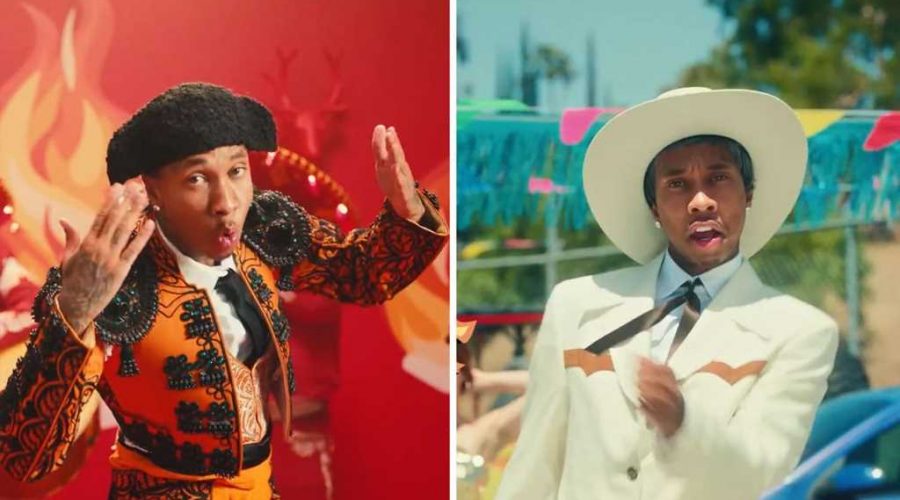 10:52 AM PT — Tyga has decided to delete the music video, reiterating he meant no harm.

Tyga‘s ticked off many fans, especially in the Latin community, with his new “Ay Caramba” video, which is filled with unsavory stereotypes … and now, he’s apologizing in a new interview.

L.A.’s Power 106 radio station organized an interview with Tyga and American Cholo … a podcaster who specializes in untangling various stereotypes and misconceptions in the Latino community.

Tyga’s vid has plenty of that — for example, a sombrero-wearing game show host and couch potato with no shortage of tortilla chips.

AC says the stereotypes were the main cause of concern, simply pointing out how reversing the “chips and low-rider” images with “fried chicken and watermelon” would be easy red flags for African-Americans.

Tyga says he was confused by the original backlash, because he and YG had a huge hit with “Go Loko” a few years ago — it went double-platinum and amassed over 200 million YouTube views.

T-Raww did apologize during his American Cholo chat — but the interview ended in a bit of a stalemate. When Tyga was asked if he would take the video down, he hesitated because he said he paid $250,000 of his own money to make the video … but says he will consider.

So far, it has 4 million views in a little under a month … and that’s probably from a lot of shock-and-awe sharing. “Ay Caramba” indeed.