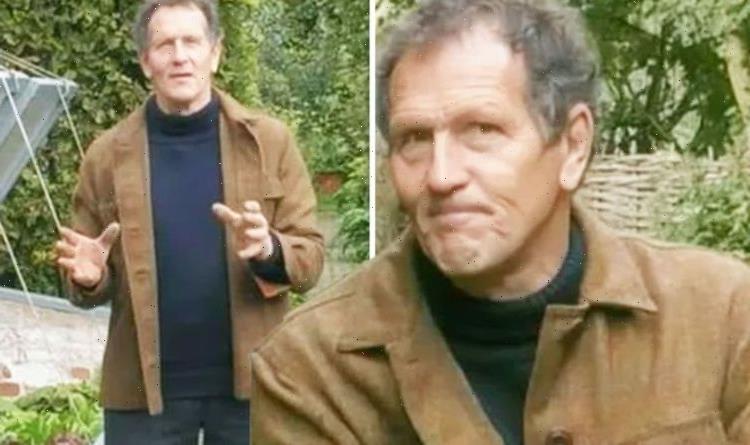 Monty Don shares tips for planting garlic in the Autumn

Gardeners’ World host Monty Don opened up in a new interview about his struggles. The BBC presenter revealed it was his wife Sarah that had urged him to seek help over the years.

The 66-year-old revealed how his mental health was impacted as his and wife Sarah’s business struggled in the 1980s.

Speaking in a candid chat with Tim Samuels on his podcast Brilliant Brains, the presenter addressed his mental health.

The BBC favourite admitted his dealings with depression have been an ongoing issue.

Monty explained: “I went to my local GP and said that I had a bad knee. He said, ‘Great,’ and then I burst into tears.

“He was fantastic. He was great. On the NHS I got medication and I got treatment. I got cognitive therapy which was fantastic for me. I had to deal with it.”

The gardening expert continued: “I was on medication for about seven years.

“As anybody that deals with depression it never quite goes away. It’s not like, ‘Oh, I’ve got the flu.’ It can be a lurking presence.

“It sometimes feels like the surface of things is like fragile ice and you have to tread very carefully.

“Everything might seem fine to the outside world. But you know it’s incredible tenderness.”

He added: “Other times you don’t even think about it. Other times it just seems fine. But to the outside world, those two states are completely the same.”

Monty explained that he believed depression could be a hereditary trait.

“My father was a depressant,” the horticulturalist remarked.

“I think there maybe a hereditary element in that. I certainly had – by modern standards – a very old-fashioned childhood.”

Monty continued: “It was just ‘Shut up and get on with it.’ I was sent away to school aged seven. All of the classic 1950s, 1960s middle-class home.

“But there are some people who had the exact same upbringing who don’t have depression.”

He went on: “I also think that if you are sensitive enough to open yourself up to the joys and the glory it is likely you are going to have to suffer the lows.”

The Gardeners’ World host explained that he initially stopped taking medication as he was unsure if he was able to “feel things anymore”.

He added that he has not been tempted to get back on medication and has adopted practical habits to ward off bouts of depression.

The TV star explained that he exercises more frequently, walks his dogs daily and spends lots of time outdoors.

Monty shared that he often has to “plant things” and perform activities to “feel more”.