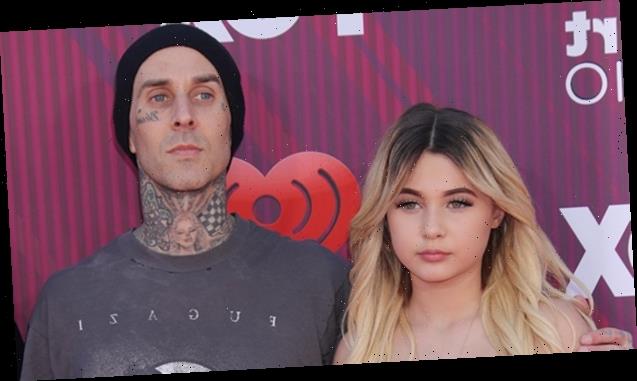 With the help of his teenage daughter, Alabama, Travis Barker got a makeover that made his face tattoos disappear!

For those who weren’t alive or paying attention to music in 1998, there was a time when Travis Barker wasn’t completely covered in tattoos. The blink-182 drummer has since become known for his ink, but fans got a glimpse of what he used to look like courtesy of his daughter, Alabama Luella Barker, on Tuesday (Mar. 30.) “Today, we are going…to cover up his face tattoos with KVD’s new product, Good Apple,” says Alabama, 15, at the start of her Instagram video. Even though Alabama is just covering up two tattoos – his “Blessed” and his Anchor — Travis, 45, looks incredibly different once she’s all done.

Travis was a patient model for his daughter during this little makeup tutorial — even though she mistook his Anchor for a handkerchief (“anchorchief?). Travis even fielded some tattoo questions, saying his first design was on his leg. As for his favorite tattoo? It’s the “Blessed” on his cheek, or as Travis put it, “Probably the one you just covered.” Alabama’s reaction to this was priceless.

Alabama is the youngest of Travis’s two kids. He and his ex-wife Shanna Moakler also have a seventeen-year-old son, Landon Asher Barker. Travis and Shanna, 46, divorced in 2008. Since then, she’s had an on-again/off-again relationship with model Matthew Rondeau, per Page Six, while Travis has recently struck up a romance with longtime friend Kourtney Kardashian. 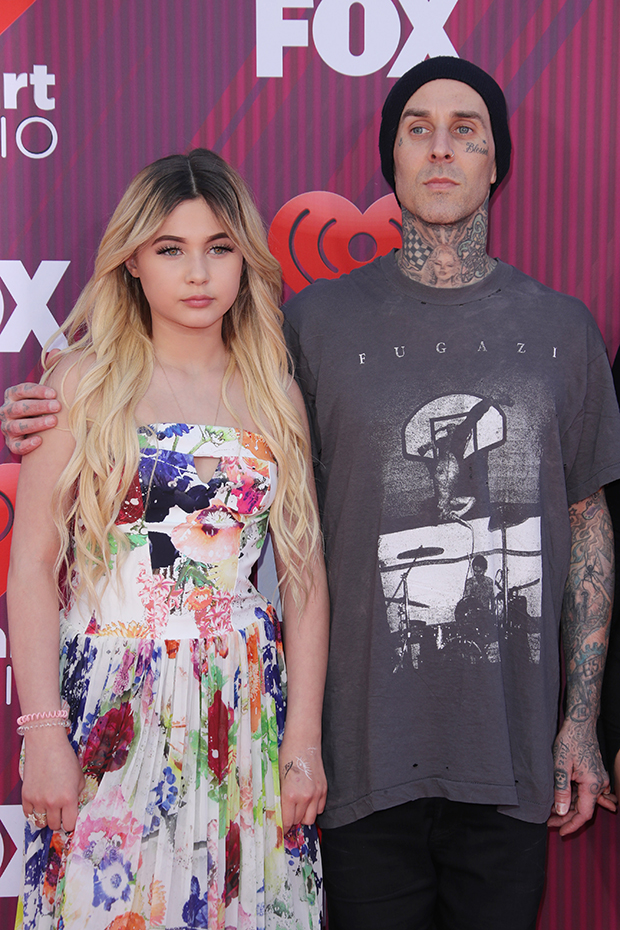 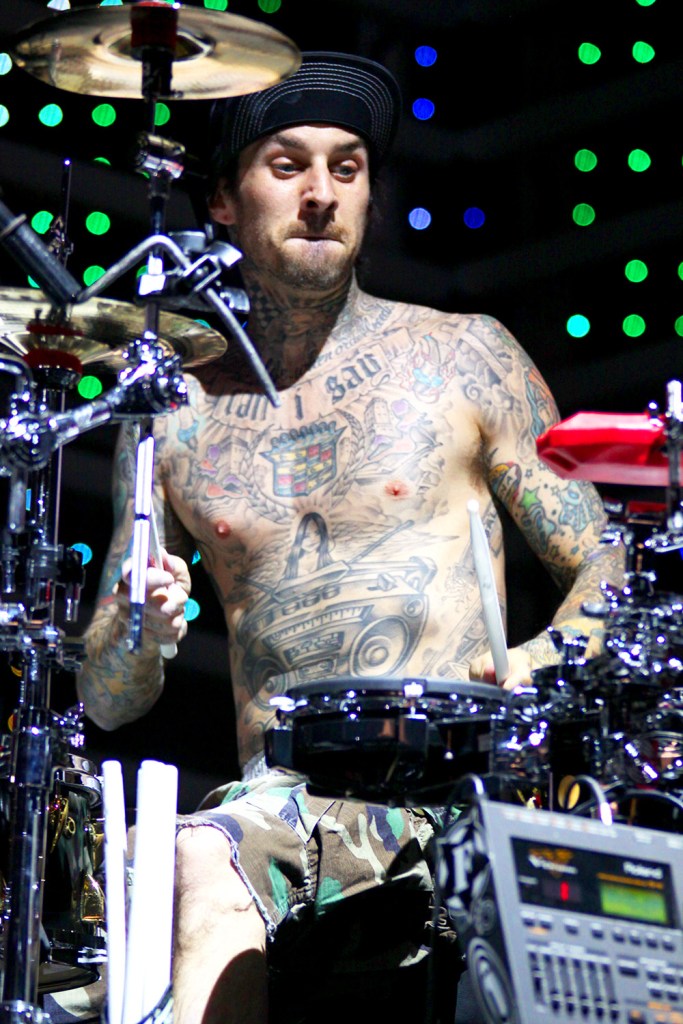 Days before Travis sat down with Alabama, he was spotted getting cozy with Kourtney, 41, at the UFC 260 event in Las Vegas. During the Mar. 27 fight night, the camera panned to Travis and Kourt, who were both enjoying lollipops. The camera also showed that Machine Gun Kelly and Megan Fox were there. This, as it turns out, was not the first time that these two couples hung out together, and it will probably not be the last.

“[MGK] is over at Travis’s house a lot, and Megan is usually with him, so Kourtney has gotten to know both of them through Travis,” a source told HollywoodLife EXCLUSIVELY about their double-date night. “They do dinners at home or hang out in the studio all together. It’s cute because they’re both in such happy relationships. so it’s very lovey-dovey.”A second insider told HL that the two couples are in love and “that in itself is a fun and nice thing to share with each other. Hanging out together provides such a fun outlet.” MGK is also covered in tattoos. Perhaps he’ll be the next tatted rocker to get covered up by Alabama?

03/31/2021 Celebrities Comments Off on Travis Barker Looks So Different Without Face Tattoos As Daughter, 15, Covers Them With Makeup
Recent Posts