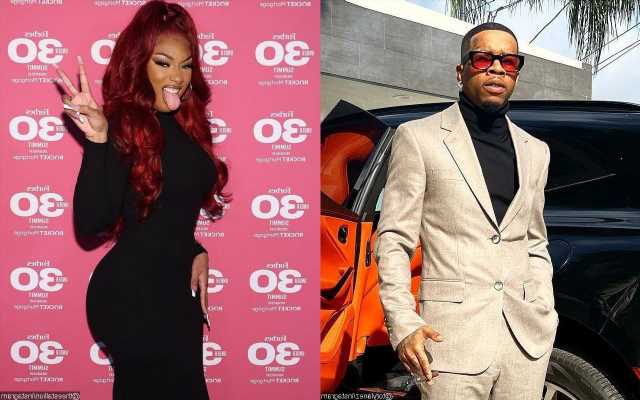 The ‘Take Control’ spitter appears in good mood after finishing his home arrest, which started on October 31, as his trial on felony assault charges over the alleged shooting has begun.

AceShowbiz –Tory Lanez‘s house arrest is finally over as assault trial jury proceedings have officially begun. When spotted leaving court, the “Say It” rapper, who allegedly shot Megan Thee Stallion in both feet in 2020, was seen in good spirits.

In footage taken outside a court in Los Angeles on Monday, November 28, the 30-year-old hip-hop star appeared in a good mood. He looked dapper in a light gray suit which he paired with a black turtleneck top and black shoes. To complete his outfit, he added edgy sunglasses.

The trial was set to kick off in September but was ultimately pushed back after Tory asked a judge to delay the start date due to his legal counsel being preoccupied with other trials. Tory’s defense lawyer, Shawn Holley, is currently busy with the arbitration of Los Angeles Dodgers pitcher Trevor Bauer, who is embroiled in a legal battle with his sexual assault accuser.

Shawn is also representing Danny Masterson in his serial rape trial set to begin on October 11. Speaking to TMZ in September after Judge David Herriford granted a request for delay, Tory said that he’s “chilling.”

Tory is accused of firing a gun in the direction of Megan, whose real name is Megan Jovon Ruth Pete, at a home in the Hollywood Hills at about 4:30 A.M. on July 12, 2020. He faces a maximum sentence of around 23 years if convicted in the case.

Detective Ryan Stogner of the Los Angeles Police Department said in a December 2021 hearing Megan told him that Tory yelled, “Dance, b***h,” prior to discharging his firearm in the incident. Tory, however, labeled the claim “false story.”

While hopping on Instagram Live, Megan told the viewers, “Tory shot me! You shot me and you got your publicist and your people are lying … stop lying.” She also said that she was “incredibly grateful to be alive” after authorities took her to a hospital where she underwent surgery for her injuries.

Defending himself, Tory tweeted, “The truth will come to the light … I have all faith in God to show that … love to all my fans and people that have stayed true to me & know my heart … a charge is not a conviction.”

Fast forward to October this year, Tory explained why he wants to remain silent about the incident. “I am in an open case and maybe I make this s**t look really beautiful, but I am facing 24 years, I’m making s**t look beautiful, don’t I? But guys, I am actively facing 24 years,” the “Take Control” emcee told DJ Akademiks during an interview for “Off the Record” podcast. “Like this is no play play situation. I’ve been in this for three years. I’ve never played internet games with you guys. I’m not gonna start now.”