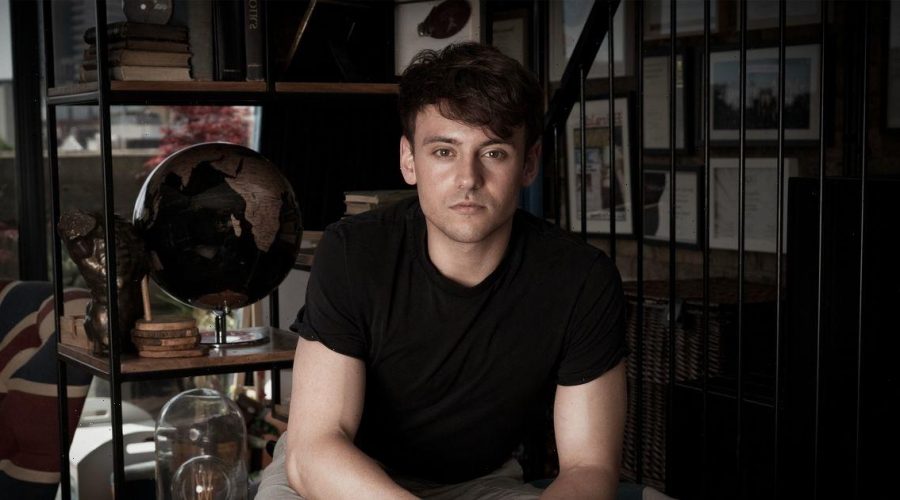 "I’ve experienced homophobia all my life, competing in countries where it’s illegal to be me and where I don’t feel safe to leave the venue I’m competing in,” Tom, who came out in 2013 and married husband Dustin Lance Black in 2017 will say. “If I feel like that as a privileged man, I can’t imagine what day-to-day life is like for LGBT+ people around the Commonwealth.”

Tom will be the final Baton-bearer in the prestigious Queen’s Baton Relay, one of the opening ceremony’s highlights, with the Progress Pride flag on display as a symbol of inclusion for the first time.

The Olympic gold medallist and double world champion has revealed previously that he feels passionately on the issue.

Currently, it is illegal to be gay in over half of the 56 member states of the Commonwealth, with punishments including whipping, life imprisonment and even death. Tom has travelled to many of these countries as a sportsman.

Tom’s stand at the ceremony will come after he travelled to some of the Commonwealth’s most homophobic countries for a new BBC One documentary, Tom Daley: Illegal to Be Me, which will be on screens next month.

During the making of the programme, Tom spoke to top male and female sportspeople facing persecution and advocates fighting for change, including Michael Gunning, the only openly gay athlete on Jamaica’s national team.

He also met swimmers Theresa Goh and Amini Fonua, who are both vocal supporters of LGBT+ rights in Singapore and Tonga.

Some, however, he had to speak to completely anonymously as they fear reprisals or prosecution. From them, he learned more about their experiences and the everyday challenges they face.

Tom also drew on his own experiences competing in countries where it’s illegal for him to exist. Fuelled by this journey, the documentary will follow Tom as he asks the Commonwealth Games Federation what can be could done to make athletes feel safe to compete.

He says: “We’re working on a campaign that we wanted to be more than just something you see in a documentary that you watch for an hour and then move on. We wanted it to be something that actually makes a difference.”

He adds: "The Commonwealth Games Federation can be a shining example to other sporting organisations that sports really can be for everyone and with the pull power sports has, we can hopefully influence change to horrendous human rights laws that exist in so many countries around the world.”

See Tom on Commonwealth Games opening ceremony tonight at 7.00pm on BBC One.

Tom Daley: Illegal to Be Me will air on BBC One and BBC iPlayer on Tuesday 9th August at 9pm.

• Mo Farah fans in tears as he reveals PE teacher saved him from being a 'slave'
• Martin Lewis joined by glamorous wife Lara Lewington as he is awarded CBE from Prince Charles
• Everything we know about Jake Daniels, 17, as he becomes UK's first openly gay footballer in 30 years
• Meet the WAGs/HABs of the England Lionesses including Millie Bright and Demi Stokes
• Get exclusive celebrity stories and fabulous photoshoots straight to your inbox with OK!'s daily newsletter