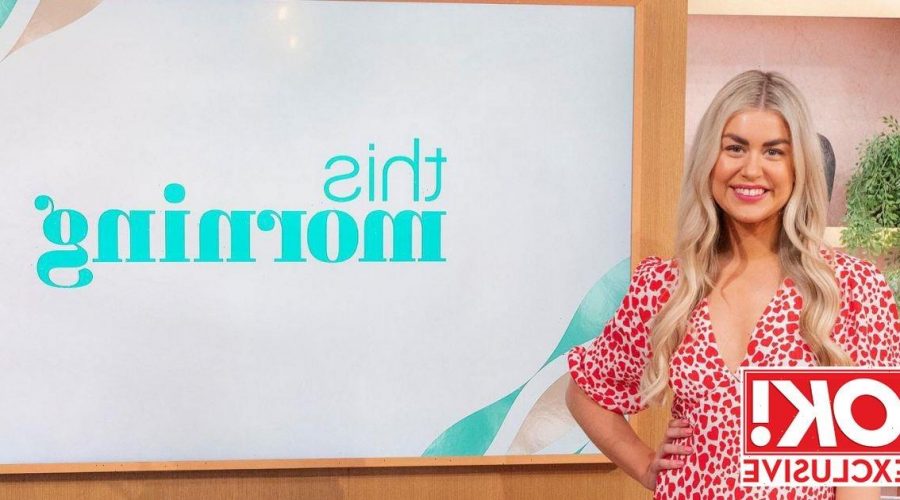 This Morning's resident gardener Daisy Payne has shared an insight into working with hosts of the ITV show, Holly Willoughby and Phillip Schofield.

Daisy, who says gardening once helped her through grief, told OK! that she first met the presenters while going into the studio to do a filming segment.

"Usually I speak to [Holly and Phil] while they’re in the studio and I’m in my garden, so it was lovely to hug, chat and catch up in real life," Daisy shared.

She added: "Holly and Philip were both so warm and welcoming, we had a great time together sowing sunflowers for Ukraine."

Daisy says she feels "proud" to be part of her television family at This Morning.

"Vernon and Josie were a great double act, so are Alison and Dermot of course! It’s such a lovely television family," the blonde beauty told OK!

Daisy's live television segment was her first, and she admitted the whole experience was "nerve-wracking."

"The studio is so cool, everything behind the scenes is slick and snazzy,' Daisy shared.

She continued: "I really had to pinch myself when I stood in the studio as we went live at the start of the show. I mean, a year ago, I was just loving doing my gardening on Instagram and YouTube, now here I am on National TV! Crazy."

Daisy describes herself as "just a girl who loves gardening," adding that she feels "lucky" to be on This Morning sharing her passion.

The gardener previously told OK!how she came to be on the ITV magazine show in the first place.

She shared: "An email came in from the producers of the show. I mean, as if!? I thought it could have been a joke or a wind up, because that sort of thing just doesn’t happen right!? Now here we are."

Daisy admits that she was "quite critical" of herself when her This Morning career began.

"Now, I’m trying to be less so and I feel like my confidence is growing. I feel like I can really just be myself," she added.

Daisy's time at This Morning so far has already seen the star pick up some amazing opportunities, including filming a segment in Sri Lanka.

She shared: "My trip to Sri Lanka really grounded me in a way, and I’ve definitely grown as a person since then.

"I’m excited for what the future will bring both in my career and personally too. So much has changed for me in the last year, I’m looking forward to really making the most of every opportunity."

For your latest showbiz news, sign up to OK!'s daily newsletter here