Prince Harry took a stroll down memory lane at one of his official royal appearances. The Duke of Sussex took a tour of the Sheffield Children’s Hospital in England on Friday, July 26, a hospital Princess Diana paid a visit to in November 1989. He was given a special gift for baby Archie while he was there, and the photos of Prince Harry holding an Archie baby blanket show Harry’s reaction to the sweet and thoughtful gift for his newborn son.

The Duke of Sussex has been doing a lot of solo royal appearances lately, no doubt so Meghan Markle can continue with her maternity leave from royal engagements. (She has made some appearances since giving birth, but the events have mainly been social — like The Lion King London premiere and a Yankees vs. Red Sox game in the U.K. — and not related to the couple’s philanthropic efforts.) Harry was at the hospital to open a £40 million wing, and while he was there, the hospital gave him a red, white, and blue baby blanket for little Archie.

The blanket has a bunch of special meanings woven into it. It has his name, for starters, and its red, white, and blue colors are the colors found on the U.K. and American flags, signifying his parents’ homes. It also has Harry and Meghan’s monogram in the center, as well as stars and stripes to represent the American flag.

What a cute little gift! Harry was all smiles receiving it. The Duke also met with employees of the hospital who were there the day Princess Diana visited, and he signed the visiting book Diana signed while she was there, bringing things full circle for his visit. 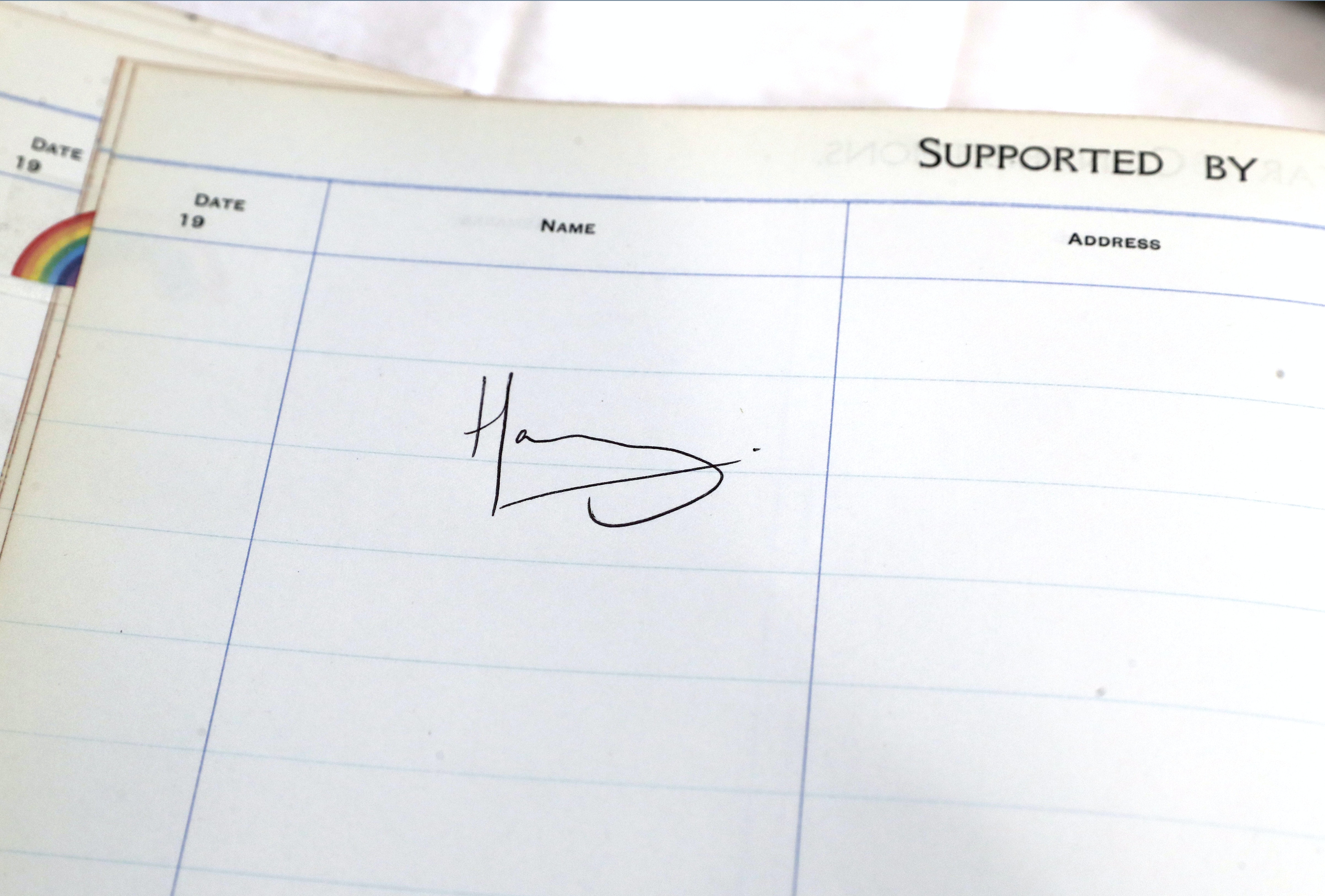 He was also given a plush teddy bear named Theo (the hospital’s mascot) to bring home to his son. 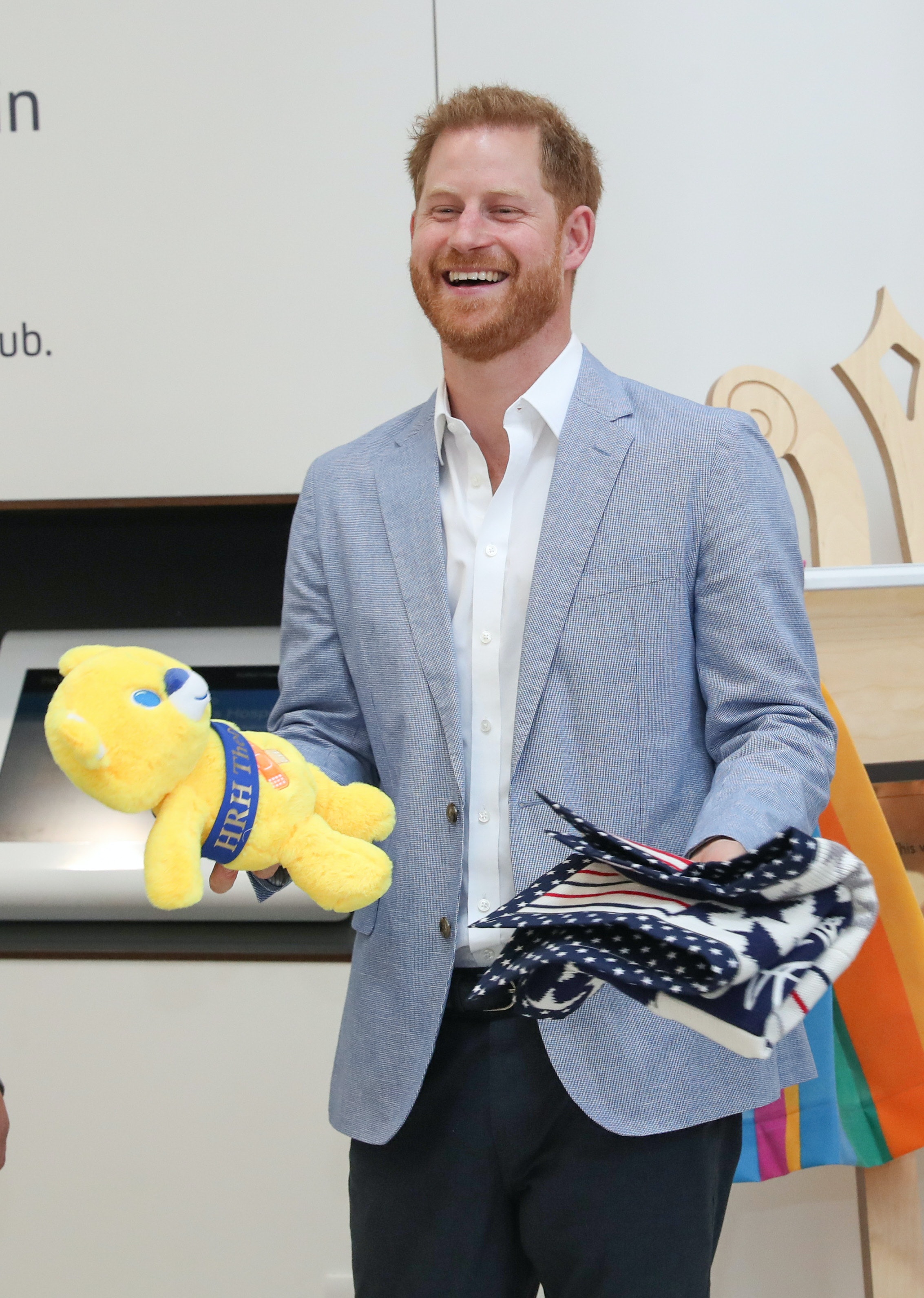 He also met Julie Austin — the hospital employee who met Princess Diana at her visit — who was dressed as the life-size Theo. 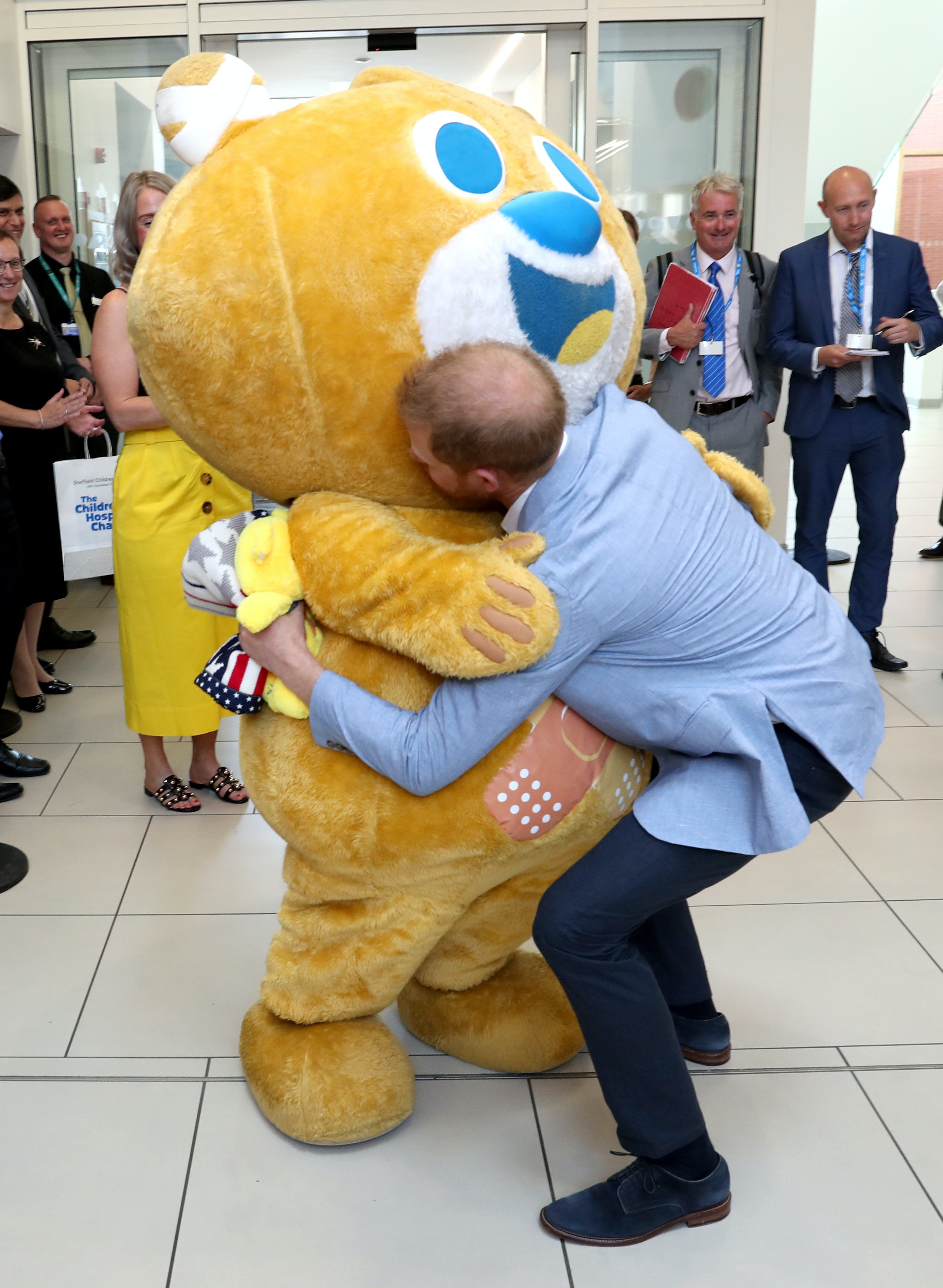 It wouldn’t have been a complete visit if Harry didn’t meet with the children and families staying in the hospital. Harry also had an opportunity to look through a photo album that documented Princess Diana’s visit. What a day! It must have been a lovely time getting to walk through his late mother’s memories at this location. And the gifts for Archie were just the sweetest.

Archie was most recently seen at Prince Harry and Prince William’s polo match. Mama Meghan and Auntie Kate Middleton got together all of their kids and showed up to support Harry and Will’s game. It was a rare casual appearance for the family, giving the world some adorable photos of the family during the outing. Some royal experts feel the event was staged, saying the family must have known photographers would be there, but honestly, where can the royals go where photographers don’t follow? Let’s just let them get some joy at polo matches, OK? Archie even has a new blanket to bring with him next time!

07/26/2019 Celebrities Comments Off on These Photos Of Prince Harry Holding An Archie Baby Blanket Have A Sweet Story Behind Them
Recent Posts
We and our partners use cookies on this site to improve our service, perform analytics, personalize advertising, measure advertising performance, and remember website preferences.Ok