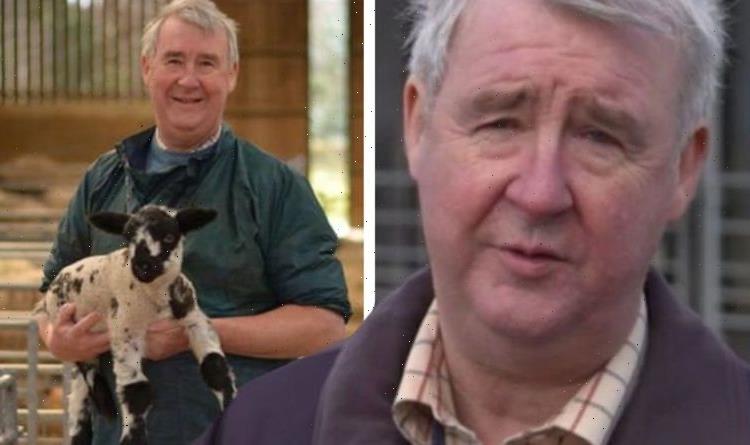 As we’re well into the festive season, Peter Wright, 65, looked back on some of his “Christmas miracles” over the years, having spent most of his four decades at Skeldale Veterinary Centre in Thirsk, working on 25 December. The star of he hit Channel 5 series The Yorkshire Vet, he often foregoes carving turkey and spending time with his own family for helping farmers in emergencies and treating pets who have gorged treats they shouldn’t have.

I drove away feeling totally drenched but absolutely exhilarated

In a new interview, Peter discussed one memorable Christmas Day from three years ago, where he spent it soaking wet instead of cosied up at home.

“I think it was three years ago I had to go to a calving of a Belgian Blue cross, which are very muscular animals and weigh about 800 kilos to a tonne,” he remembered.

“This cow was having difficulty giving birth but it was touch and go if I could get there. The roads were flooded and the rain was coming down horizontally!”

“When I got to the farm, I saw they didn’t have any indoor facilities for calving, so I had to work outside.”

He recalled the mother needing a Caesarean section and by the time they finished, he was “absolutely drenched through to the skin”.

“Amazingly, the cow had a beautiful calf – it was like a little Christmas miracle,” Peter beamed.

“I drove away feeling totally drenched but absolutely exhilarated – and that’s life on a Yorkshire farm!”

But there’s more than one memorable moment that’s stuck in his mind over the years.

Saving an unborn lamb brought him particular satisfaction, as he was certain the young animal was dead.

“One time I was called out and found the ewe presenting the lamb’s head, which was quite swollen,” he told The Sunday Mirror.

While the farmer believed the lamb to be dead, Peter managed to get it to breathe.

“By the time I left it was sitting up and I drove away from there feeling 10ft tall,” he beamed.

He added: “I was certain it was dead too, so for it to be alive was amazing!”

Despite these miracles keeping Peter from his own loved ones, he admitted he always volunteers to work Christmas Day to allow the younger vets to get home.

And while he doesn’t mind receiving the phone calls from desperate pet owners, sometimes he has to “grit his teeth”.

Peter explained: “You get lots of calls where the person says, ‘The dog’s been sick, I’m very worried. I gave him some pork and the bone disappeared.’ Bones can cause a blockage in the intestine so it’s something you have to take seriously.

“The other thing is dogs eating chocolate, people will ring and say, ‘My dog’s eaten half a tin of Quality Street, what can we do’? We get them in, give them something to make them deposit the Quality Streets on the consulting room floor and everyone goes away happy.

“It’s mainly emergencies but you always get one or two saying, ‘My dog’s been limping for a few days, but it suddenly got worse.’ You ask, ‘Will it wait until tomorrow?’ They reply, ‘Oh no, I think it’s best you see him now.’”

He continued: “You have to respond, certainly in a small town where you tend to know most people. If you didn’t respond you’d be classed as a callous vet.

“There are times when you respond through gritted teeth thinking, ‘Why me, on Christmas Day?’ But by the time you get to the surgery and you see the patient at the door with his tail wagging forlornly, all that anger about being called out just melts away.”