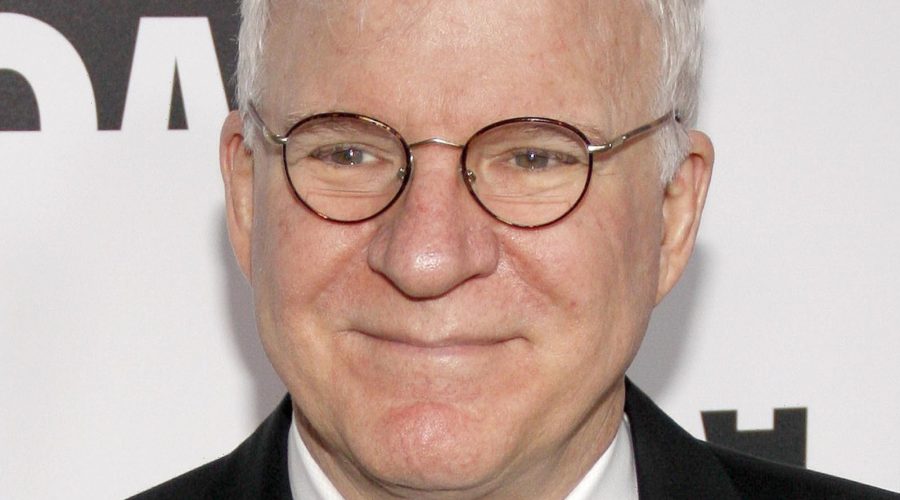 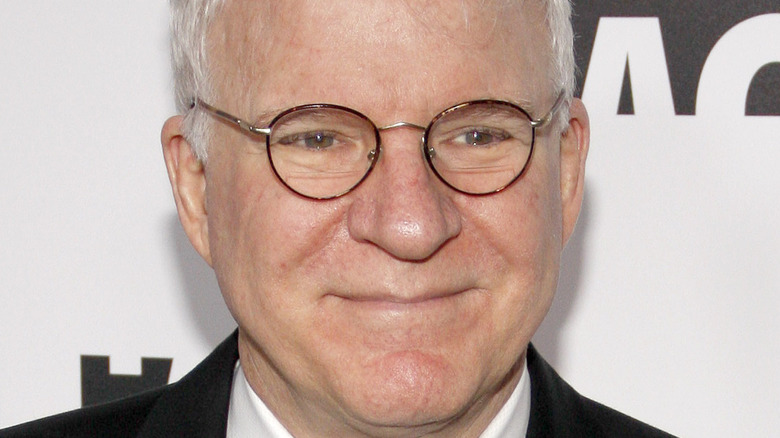 Comedian, writer, and actor Steve Martin is known for making audiences around the world laugh, from his standup routines, to his appearances in films ranging from “The Jerk” to “It’s Complicated”. And based on Martin’s long list of famous exes, it appears as though he’s just as charming offscreen as he is on.

Given Martin’s star power, it’s perhaps not surprising that his list of exes includes icons like Bernadette Peters, Cindy Sherman, Linda Ronstadt, Anne Heche, Diane Keaton, and Carrie Fisher (via AARP, Daily Record). Martin was a bachelor until he was 40, at which point he wed his “L.A. Story” co-star Victoria Tennant.

“I would rather say it’s a love letter to our relationship,” Tennant said of the film she and Martin made together. “I think the inspiration for the story was that he [Martin] met somebody and fell in love” (via The Morning Call).

Sadly, the pair divorced eight years later, at which point Martin was a bachelor once again — free to date whomever he liked, including “Sex and the City” star Kristin Davis. 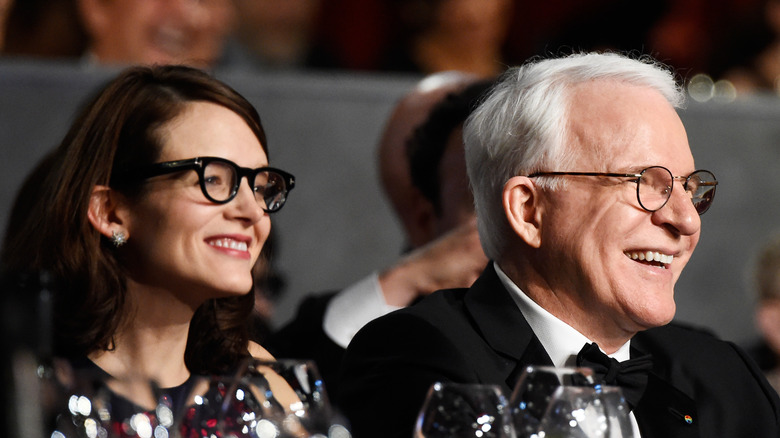 In 2005, the year after “Sex and the City” ended, Steve Martin was reportedly dating Kristin Davis and was said to even be head over heels for the actress (via Seattle Pi). The pair had been low-key dating for a bit and were seen together at a pre-Oscars party, at which point Martin threw Davis a surprise party in honor of her 40th birthday (via SFGATE). “It’s the real thing — they have become very close. They are ready to let people know they are an item. They tried to act like they were not together at the party, but they couldn’t stop stealing kisses,” a source said at the time.

It’s not clear when Davis and Martin split — or why — but seemingly it all worked out for the best. Two years later, Martin got married to Anne Stringfield, a former fact-checker for The New Yorker who’s almost 30 years his junior. The pair first connected when Stringfield was assigned to fact-check a piece about Martin. “We talked on the phone for a year before we even met,” Martin told AARP. He’s also said of his wife, “She makes it all possible. She has one of the most important qualities a person can have, and that’s kindness” (via Women Working).

Davis, for her part, went on to date other A-listers like Rick Fox and Aaron Sorkin (via Ranker).