In a classic case of “are they or aren’t they?!?!” Brad Pitt and Emily Ratajkowski are truly keeping us on our toes, wondering whether or not they are *actually* dating in the chaotic year that is 2022. And to make matters more complicated, a source just confirmed to Page Six that even though the duo has been out a number of times together, they’re not officially dating… but fans should “stay tuned.” Color me confused!

Ahem, let’s get into the weeds of it, shall we? This alleged “Hollywood insider” confirmed to the outlet that though “people have been speculating about [the romance] for a while,” the A-list actor “is not dating anybody. They [Brad and Emily] have been seen a couple times together.” Hm…okay, okay. Noted :). But then (!!) the source claims that despite Brad being “seen with other people” and not dating anyone in particular, we should “stay tuned” to see what happens down the line 👀.

If reading that alone gave you a headache, well, you aren’t alone. The development comes on the heels of claims from yet another individual who reached out to OK! Magazine in late August and dished that “[Brad] asked [Emily] out, and she said yes. She’s always thought Brad was cute, and the way she saw it, what did she have to lose?”

A refresher: Brad is very much still going through a concerning and contentious divorce from Angelina Jolie, while Emily is currently in the midst of divorcing her ex-husband Sebastian Bear-McClard after he allegedly cheated on her. Rumors of a potential breakup first spread when the model was spotted out on a walk with her son in late July without her wedding band. She also hadn’t been seen out with Sebastian for quite a while. 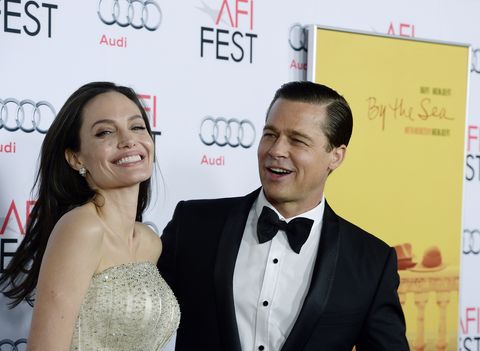 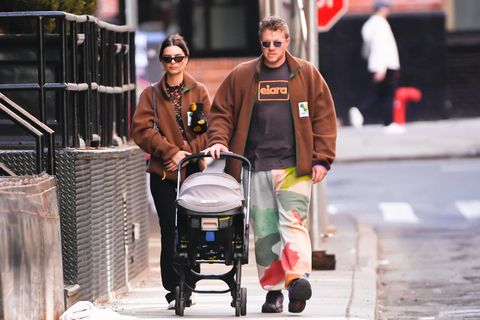 “Yeah, he cheated,” one Page Six insider said of Emily’s ex, whom they also called “gross” and “a serial cheater.” Another individual spoke with People shortly thereafter and underscored that the divorce “was Em’s decision. She is doing okay. She is strong and focused on her son. She loves being a mom.”