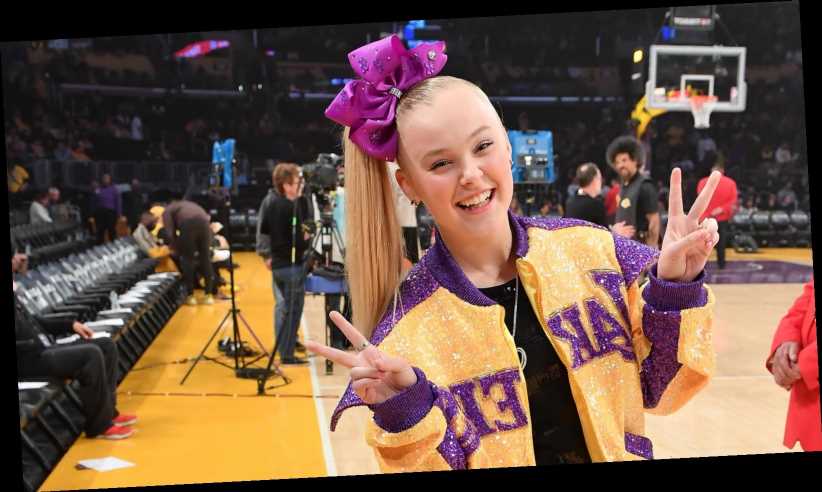 It’s a JoJo no-no! Popular teen entertainer JoJo Siwa recently became the center of controversy when a kids board game under her brand was slammed on social media for being too grown-up for young players (via People). The former Dance Moms star has parlayed her fame and style into dozens of JoJo-branded books, toys, bedding, accessories, and other items, including, natch, her signature oversized hair bows (via Forbes). All of them project pre-tween/tween innocence, exuberance, and more than a little glitter, but one of them, a board game called JoJo’s Juice, seems to be the exception.

Produced under the Nickelodeon label, JoJo’s Juice features cards asking players what are supposed to fun questions about themselves. But one mom went viral for her claims that this game is far from child’s play — and the huge response that followed prompted Siwa to defend herself.

As Today relates, it all started at Christmas when Heather Watson began playing the game with her 6-year-old daughter, Tinslee, and noticed that some of the game cards had questions she would never think to ask a first grader. Among them: “Have you ever stolen from a store?” “Have you ever been arrested?” “Have you ever gone outside without underwear (a bathing suit doesn’t count)?” (via Insider). Horrified, Watson created a now-viral Facebook post to warn fellow parents against buying JoJo’s Juice for their own kids. She also made a TikTok and tagged Siwa.

The outcry was so immediate that Siwa was prompted to take action. In a video she posted to her own Instagram and TikTok accounts, the 17-year-old earnestly explained that she doesn’t always get to see the details of the products bearing her name, “so I had no idea of the types of questions that were on these playing cards.” She assured her fans that “I would’ve never ever ever approved or agreed to be associated with this game if I would’ve seen these cards before they started selling it,” and added that Nickelodeon is yanking the game from shelves and off Amazon.

Watson expressed her gratitude for the quick response in an interview with CafeMom. “It really teaches my daughter that even though she doesn’t understand the capacity of it all, that her voice, even though small, can make change.”

01/06/2021 Celebrities Comments Off on The Real Reason A JoJo Siwa Game Has Parents Seeing Red
Recent Posts
We and our partners use cookies on this site to improve our service, perform analytics, personalize advertising, measure advertising performance, and remember website preferences.Ok