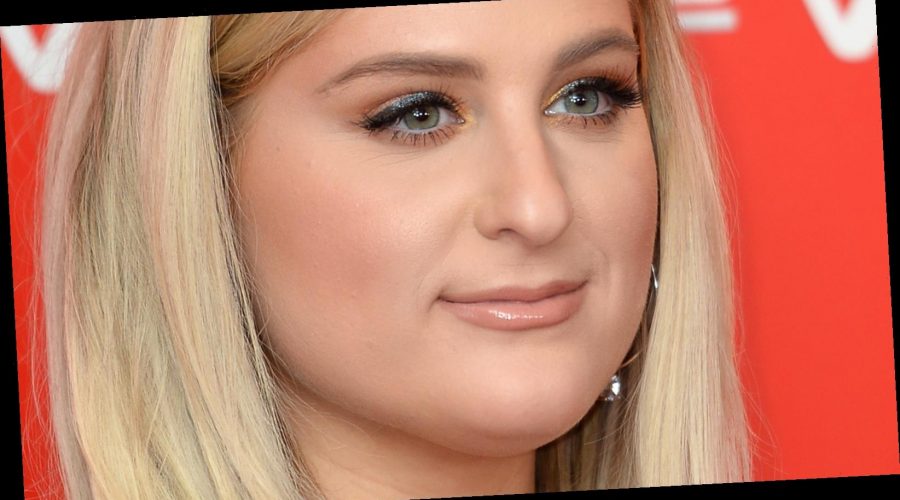 Losing a loved one is a devastating blow. When someone’s had a huge presence in your life for as long as you can remember, the idea of having to suddenly make sense of it all is harrowing. We all go through this fear of loss, but it doesn’t make it any easier to face it when it happens. Even just the thought of your loved one being gone one day gives you pause and makes you reassess your life.

Meghan Trainor acknowledges this very real fear of loss in her impassioned song “Like I’m Gonna Lose You,” which appears on her 2015 album Title. In “Like I’m Gonna Lose You,” Trainor’s heartfelt vocals blend seamlessly with John Legend’s own soulful voice as they croon about loving someone wholeheartedly as if they will be gone tomorrow. The fact that these two highly praised singers share the same management company paid off considering how well their music styles complement each other, according to MTV.

When the pop singer intones wistfully “We were walking on moonlight / And you pulled me close / Split second and you disappeared / And then I was all alone,” it’s hard to ignore the haunting but honest message in her words, per Genius.

Meghan Trainor sings about loss and regrets in her hit single

In a Spotify track-by-track commentary, Meghan Trainor revealed what sparked her to write “Like I’m Gonna Lose You,” which she co-wrote with Justin Weaver and Caitlyn Smith. The singer-songwriter opened up about an eye-opening experience she had that made her see the world differently, as reported by Songfacts. “It’s about when you have those nightmares where your loved one passes away, and you wake up sweating and crying. You check on them, and they’re still there, and you realize that you’re not promised tomorrow, so you’re going to love them like you’re losing them,” she explained.

The last three lines of the first verse boldly warn us that there are no guarantees in life, and that you could lose someone you love before you know it: “I woke up in tears, with you by my side / A breath of relief, and I realized / No, we’re not promised tomorrow.” When Trainor sings the phrase “not promised tomorrow,” she demands you take note of her warning. The theme of missed opportunities and regret runs throughout the hit track.

Like I'm Gonna Lose You also centers on family love

Although it’s often billed as a romantic track with its soft melody and passionate chorus, “Like I’m Gonna Lose You” puts family love at the core of its message. During a May 2015 appearance on The Tonight Show Starring Jimmy Fallon, the pop singer elaborated on a nightmare she had about losing her little brother, and how getting those feelings out via the song turned into a collaborative writing process. After she told Weaver and Smith about her nightmare, the songwriters reflected on their own families and penned the powerful piece.

The music video also showcases different types of love and features sweet moments between couples, families, and friends (via YouTube). “So I’m gonna love you like I’m gonna lose you / I’m gonna hold you like I’m saying goodbye,” she belts out during the chorus, reiterating why you should treasure every moment with your loved ones, whether it’s a romantic partner, family member, or close friend (via Genius). The second verse hints at the overwhelming feeling of regret that comes with loss, as seen when John Legend sings “In the blink of an eye, just a whisper of smoke / You could lose everything, the truth is you never know.” He follows this up with the idea of not taking life for granted with the touching line “I’ll make the most of the minutes and love with no regret.” Well said.