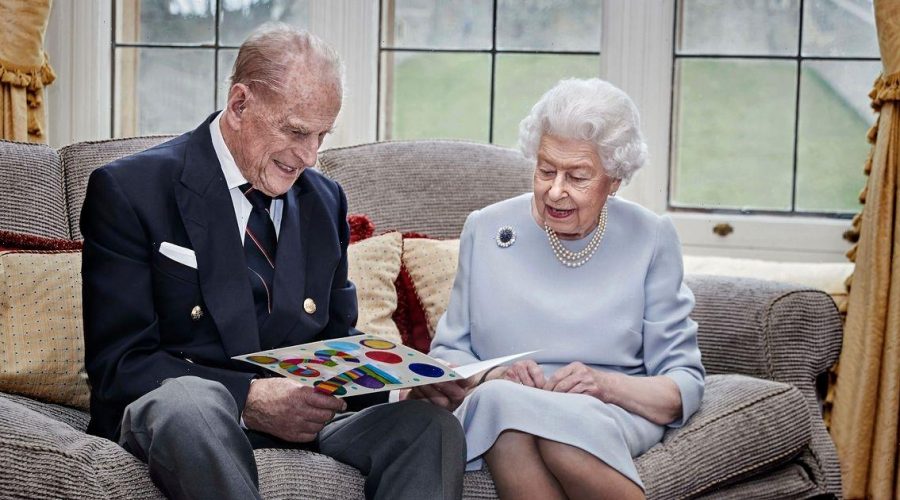 The Queen is at liberty to request any dish that takes her fancy – and she certainly has some unique dietary quirks.

The monarch has a team of talented chefs at Buckingham Palace and Windsor Castle who cater for her personal meals and banquets, and we know the royal matriarch likes to eat a nutritious and fulfilling diet with the odd sweet treat thrown in.

According to palace staff, the Queen is a huge fan of having tea and biscuits in bed with her corgis in the morning.

House and Garden reports she starts her day this way, opting for Earl Grey with no milk or sugar.

She then takes her main breakfast in her private dining room, with cereal, yoghurt, toast and marmalade said to be the mother-of-four's favourites. The Queen also likes fish for breakfast, as revealed in Dinner At Buckingham Palace, a book based on the diaries and personal recollections of royal servant Charles Oliver.

An extract told how the Queen "has been partial to kippers since the war years" when she and Princess Margaret were at Windsor Castle.

It read: "Kippers, in a number of uncomplicated variations, have remained a favourite with the Queen ever since – for breakfast, as a savoury or a late-night supper. The queen is also fond of smoked haddock as a breakfast dish."

Former royal chef Darren McGrady revealed that a red leather-bound book of menus, written in French, would be sent up to the Queen each week, containing a wide variety of recipes.

"We prepared the menus three days ahead so we could get the food in," said Darren.

"The chefs would pick the menus and she would put a line through the ones she didn't want. Sometimes she'd put a line through it all and put something different – like if she was having dinner with Prince Andrew, his favourite was Crème Brulee with Sandringham oranges."

The monarch is believed to keep things simple for lunch, often enjoying a plate of fish and vegetables.

Darren told House and Garden that a typical lunch would be Dover sole on a bed of wilted spinach. The royal is said to avoid starchy food such as pasta and potatoes when eating alone.

And the monarch reportedly loves chocolate biscuit cake and ginger cake to accompany her afternoon tea. Her favourite sandwiches are cucumber, egg and smoked salmon.

The monarch's supper tastes are varied and include a combination of meat or fish and vegetables.

"For a main course she loved game, things like Gaelic steak, fillet steak with a mushroom whisky sauce, especially if we did it with venison," Darren has revealed.

"For a first course she loved the Gleneagles pâté, which is smoked salmon, trout and mackerel. She loved using ingredients off the estate and so if we had salmon from Balmoral from the River Dee, she'd have that, it was one of her favourites."

He added: "We used a repertoire of dishes, mainly British and French food. We cooked a lot of traditional French food like halibut on a bed of spinach with a Mornay sauce."

For dessert, the Queen is said to love strawberries from Balmoral and white peaches grown at Windsor Castle, according to The Independent.

She also has a soft spot for chocolate.

Darren says: "She is absolutely a chocoholic. Anything we put on the menu that had chocolate on, she would choose, especially chocolate perfection pie."

Grant revealed: "I am sure the Queen enjoys her Assam or her Earl Grey the traditional way, made with tea leaves in a teapot and poured into a fine bone china teacup. She will also use a strainer. It is also a myth that members of Royalty use their pinky when drinking, I have never seen that happen once."

As for an alcoholic tipple, Her Majesty is partial to the odd gin. In 2017, Darren spoke out on reports that the Queen drank four cocktails a day.

He told CNN: "She'd be pickled if she drank that much. All I said was she likes a gin and Dubonnet. That's her favourite drink."

Darren added that when the Queen does have a drink with dinner, it is typically a glass of her favourite German sweet wine.

"Just in the evening," he added. "She certainly doesn't drink four glasses a day."

Perhaps surprisingly, and despite being a delicacy in many countries, the Queen and her late husband Prince Philip reportedly hated oysters, according to former royal servant Charles Oliver.

The Queen also isn't a fan of garlic.

"Inevitably there are one or two things the Queen and her husband do not like, and the hosts are duly warned in advance," reads an extract from Dinner at Buckingham Palace, based on the diaries and personal recollections of Charles.

"The palace instruction states only: Neither the Queen nor the Duke of Edinburgh like oysters. The Queen often drinks a glass of red or white wine with her meals as well as orange juice. His Royal Highness prefers gin and tonic or lager to champagne before meals or during the day."

Her Majesty's dislike of oysters makes sense considering it is widely believed that shellfish is off-limits for the Queen and Co, as it carries a high risk of food poisoning.

Grant told Woman & Home magazine: "It is a very sensible move to abandon having seafood when out and about on public duties. We don’t want a member of the Royal family having a serious reaction to food poisoning, especially if she is on an overseas tour."

Darren also revealed that the 94-year-old monarch is not really a foodie at heart, whereas her husband Philip was more of an adventurous eater.

"The Queen never was a foodie," he revealed. "She always ate to live rather than live to eat. Prince Philip was the foodie. He'd want to try any new dishes all the time and got excited about new ingredients whereas the Queen, if we had a new recipe, she'd have to look at the whole recipe before saying, 'Yes ok let's try it.' But for the most part she stuck to the same dishes week in week out."

05/19/2021 Celebrities Comments Off on The Queen’s quirky food habits: Wine and OJ with dinner – but strictly no garlic
Recent Posts