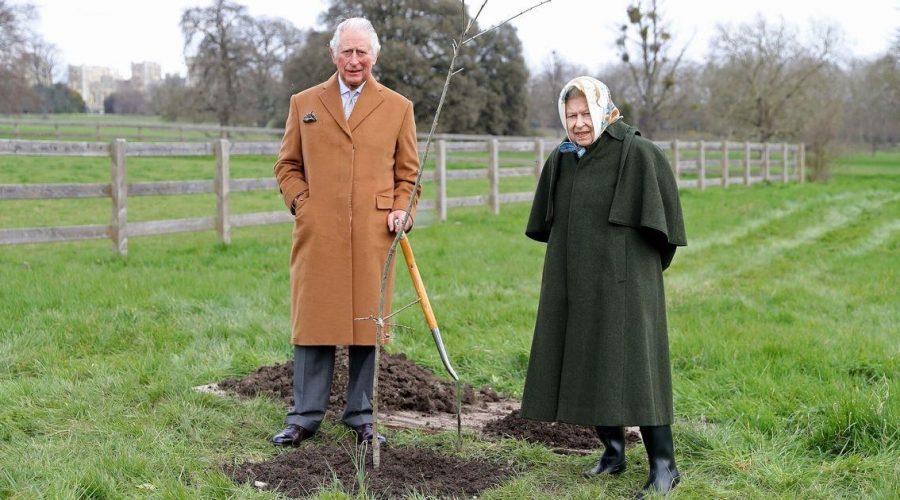 The Queen and Prince Charles have released the first new photo of themselves together since the death of her husband and his father, Prince Phillip.

The 95 year old Monarch is launching The Queen's Green Canopy, an initiative encouraging people in the UK to plant trees to celebrate her Platinum Jubilee next year.

Queen Elizabeth II will celebrate the 70th year of her reign in 2022 and is hoping to give back to the environment with the plantation of trees.

The sweet new images see The Queen and Prince Charles, 72, in the grounds of Windsor Castle, standing with the first Jubilee tree.

People are being encouraged to plant trees when the season begins in October, through to the end of the Jubilee year in 2022.

The campaign has been launched five months in advance to allow people to plan for their planting projects.

Those wanting to get involved with The Queen's Green Canopy will be able to visit a website from October, complete with an interactive map so that others can be inspired by the nature growing around them.

The Queen donned a dark green coat as she posed for the photographs, wearing a silk scarf which covered her head.

Charles, who is also patron of the initiative, is seen standing beside her in a long camel coat, holding a wooden spade, which he then used to plant the first tree of The Queen's Green Canopy.

The previously unseen photographs appear to have been taken at Easter, when the mother and son reunited to take a walk in the grounds of Windsor Castle, where the Queen has been living during the pandemic.

The images come after Prince Charles broke his cover to carry out a royal engagement after his son Prince Harry spoke out in another revealed interview.

The Prince of Wales, 72, visited BCB International Cardiff which is a supplier of protective, medical and defence equipment.

His Royal Highness toured the factory and viewed their full production processes. During the visit he saw Polar survival kits being packed and camouflage nets being cut.

Charles wore a grey suit teamed with a light pink shirt and a striped brown and red tie, while he also wore a protective blue face mask.

The appearance came just one day after Harry’s interview on Dax Shepherd's Armchair Expert podcast, in which he spoke about why he left the Royal family and moved to the US with wife Meghan Markle and their son Archie to start afresh.

The Duke of Sussex explained that he uprooted his life halfway across the world to "break the cycle" of "pain and suffering" that's been passed down in his family.