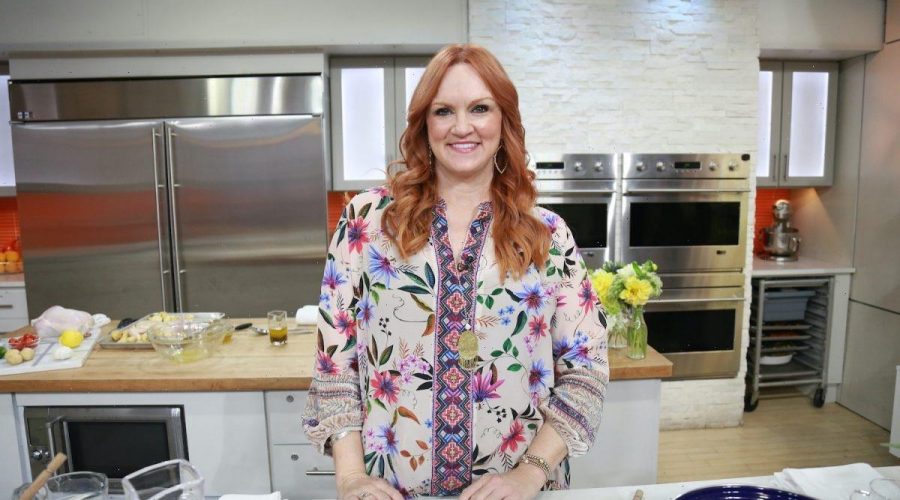 Drummond wrote about her spinach artichoke dip in a 2020 blog post on The Pioneer Woman website and expressed her love for the delicious appetizer. “I made this last week. Boy, was it ever good,” she wrote. “I love spinach artichoke dip. Call me Ms. 1994, OK? But I can’t help it. It’s so darn good.”

When she demonstrated how to make the easy appetizer on an episode of The Pioneer Woman, she noted, “It is a lifelong favorite of mine and everyone I know absolutely loves it.”

Drummond heated butter in a skillet and added minced garlic, cooking it over medium-low heat for a couple of minutes before turning up the heat and adding spinach, salt, and pepper. Once the leaves wilted, she removed the spinach and put it in a mesh strainer, then added drained artichoke hearts to the pan with melted butter, cooking for a few minutes “until they get some really nice color.” She removed the artichokes and then got to work on the dip.

The Pioneer Woman star melted butter in a skillet and sprinkled flour over it, then whisked the ingredients over medium-low heat. She added whole milk and cooked the ingredients, stirring the whole time, for three minutes until the sauce thickened. She added salt, pepper, and cayenne pepper to season the sauce.

“And now. Avert your eyes,” Drummond wrote in her blog post. “Actually, don’t. If you avert your eyes you won’t how to make the best spinach artichoke dip ever.”

After chopping the artichokes and spinach, she added them to the cheese sauce, then poured the dip into a casserole dish and topped it with more pepper jack cheese. Drummond put it in a 375 degree Fahrenheit oven for 15 minutes until the dip was bubbly and brown on top.

The Pioneer Woman star served the dip with homemade pita chips. “It’s heaven,” she said of the dip. “Simply heaven. I could eat it with a spoon. Is there anything more beautiful in the world?”

The full recipe is available on the Food Network website.

“Look no further for the perfect spinach and artichoke dip!,” one commenter wrote. “Dare I say this is better than most restaurants! … The dip was flavorful and not too spicy, just the right amount of heat. Pita chips are the perfect dipping vessel! This recipe is easy and you can make it the night before and then pop in the oven when ready for guests!”

“Best I’ve ever had. I get asked to make this all the time,” another person commented. “Cheese combo is perfection!”

Another fan wrote, “This was the best recipe! I made it for a happy hour we hosted at our home for friends and everyone loved it. None of it was leftover! Thanks for sharing!”