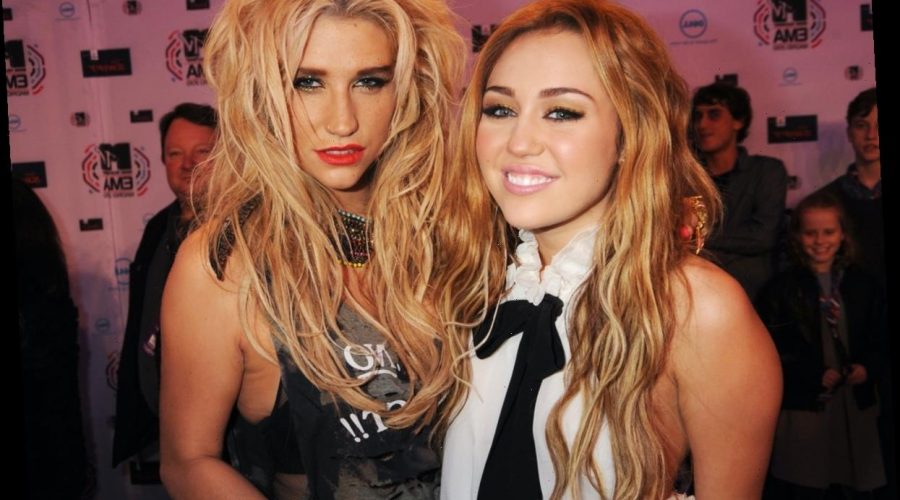 First impressions might not be everything, but they can make or break a career in the music industry, making an artist’s first single one of their most crucial business moves. The most iconic pop debut singles of the 21st century weren’t just strokes of marketing genius, however. They changed the landscape of pop as a genre. Whether the track was a proclamation of their identity to the public, or just an earworm listeners couldn’t get out of their heads, these premieres can’t be beat.

Not every artist sticks with their debut’s vision or message, though, and some singers alter their sound soon after their first introduction to the public. The best singers’ debut singles stand the test of time, regardless of whether or not it sounds like their more recent works. They capture a time when the artist was hungry and ready for millions of fans to welcome them with open arms.

To really analyze the game-changers on this list, we narrowed the criteria down to include only singles that were also on (or slated to be on) the artists’ debut albums. Take a scroll and get ready to relive some pop culture history.

Talk about an entrance. Olivia Rodrigo’s debut single as a solo artist might not have been her first singing gig, but it was her grand introduction to the mainstream. The song represented the true power of TikTok (and some behind-the-scenes drama) in engineering a viral hit. That momentum sent the track straight to No. 1 on the Billboard Hot 100 in an unprecedented rise. And it’s a total sad banger.

"7 Things" was Miley Cyrus’ first single as Miley Cyrus, on an album only by Miley Cyrus. Sure, if you count Hannah Montana, then her pop legacy lengthens quite a bit; her angst-fueled solo opener for 2008’s Breakout, however, said more about the future of her artistry, and outlined a rebellious side to the Disney Channel image she then projected fans hadn’t yet seen at the time.

While the song is subject to some criticism in the modern day for queerbaiting, "I Kissed A Girl" was an anthemic, homoerotic pop track that let the industry know Katy Perry was the R-rated version of your heteronormative pop star. Some LGBTQ+ people understandably debate the quality of the track’s message, but historically, the song’s release and popularity marked a shift in public opinion about same-sex intimacy, pushing it out of the closet and onto MTV.

The punk rock chick became the coolest girl at school when Avril Lavigne came onto the scene, and the release of her debut single "Complicated" in 2002 remains a memory of angst and bliss for so many millennials. Her ability to merge pop vocals and chorus structures with grunge acoustics was unmatched by her radio-play peers. "Complicated" was the first sad banger in a way, a precursor to the frustration of modern hits from the likes of Billie Eilish and Olivia Rodrigo.

Lorde’s non-traditional pop bop took the stan world by storm, shifting an entire genre towards gothic tones with her haunting voice and seemingly nonsensical lyrics. The young star’s 2013 single was a breakout hit, skyrocketing her star into the mainstream world of headlining tours and A-list appearances.

While T-Pain revolutionized autotune for Hip Hop and R&B, Ke$ha did the same for pop in a way that artists are still capitalizing on to this day. She made vocal manipulation edgy and cool, and most importantly, catchy; "Don’t stop, make it pop" was the original earworm for modern day iTunes listeners. The trailblazer pioneered electro-pop, and set the stage for artists like Charli XCX, Icona Pop, and Ashnikko to thrive.

"Your Love" wasn’t Nicki’s first single, but it was the first off her debut album, the ever-iconic Pink Friday. Today, the song sounds eerily similar to hyperpop tracks trending on TikTok, with pitched-up vocals and a frilly beat.

Lana Del Rey was the first pop star who debuted on an extremely melancholy note, pre-dating the moody tunes of Billie Eilish and the scene kid revival through TikTok. She made it OK to be sad, and her ghostly vocals never exactly matched peoples’ view of a traditional "pop star" sound. But somehow, through her precise imagery and old-time aesthetic, she made it all work and delivered the world "Video Games," a viral song that still sounds fresh in 2021.

"Crazy In Love" featured JAY Z, but let’s be real: It was Bey’s track. The self-proclaimed diva’s first single has remained one of the most recognizable songs in the world since its release, catapulting the singer out of Destiny’s Child and straight into a solo career lane of her own.

At just 17 years old, Rihanna came out of the gate ready to change the pop music world forever. Her early command of dancehall-inspired beats and her alluring voice aided her long after the song’s release. She made club bops purely for the club, blissfully making a dance track that would set the tone for EDM’s key players in their exploration of reggae and dancehall in the mid-2010s. The song was iconic then, and it’s even more iconic now.