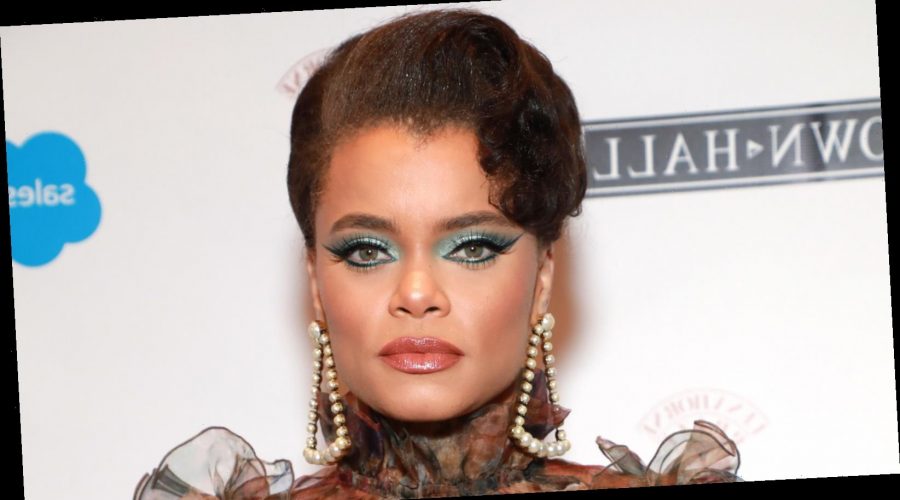 Singer and songwriter Andra Day is one of the many artists slated to perform at Joe Biden’s inauguration, including Jennifer Lopez and Garth Brooks. The West coast native, who sang in church growing up and is known for her jazzy, soulful delivery, plans to perform “Rise Up” Wednesday for the nation’s swearing in of the 46th president and the first female VP, Kamala Harris (via All Music). As ABC News notes, the tune has become “an anthem for many social injustice protests,” making it a natural fit for the ushering in of this new administration.

Day told Amy Robach in an interview Tuesday she was honored to be a part of the special occasion. In thinking about “what was appropriate in this moment,” the talented artist noted she wanted to recognize the Black Lives Matter movement. Therefore, Day plans to collaborate with a 9-year-old girl named Kaitlyn Saunders, who memorably figure skated to “Rise Up” on Black Lives Matter Plaza in D.C. (via Good Morning America).

The lyrics of “Rise Up” do seem, as Day noted, particularly appropriate for the inauguration. Expressing the sentiments of many Americans, the song begins, “You’re broken down and tired” (via Genius). The familiar chorus is uplifting to so many, with Day explaining to Time in 2017 about her inspiration for penning the track during challenging times, “‘Rise Up’ started as a sort of prayer — I thought about what I needed to hear to be able to get back on my feet.”

About the song being adopted by the current social injustice movement, Day told the outlet, “It’s a huge honor because Black Lives Matter represents standing up to oppression and persecution. Having the group connect with ‘Rise Up’ made me more aware that I need to use my platform to serve the community.”

Clearly she is using her voice now on a very important day in American history and we wish her all the best in her performance, which will mean so much to many.