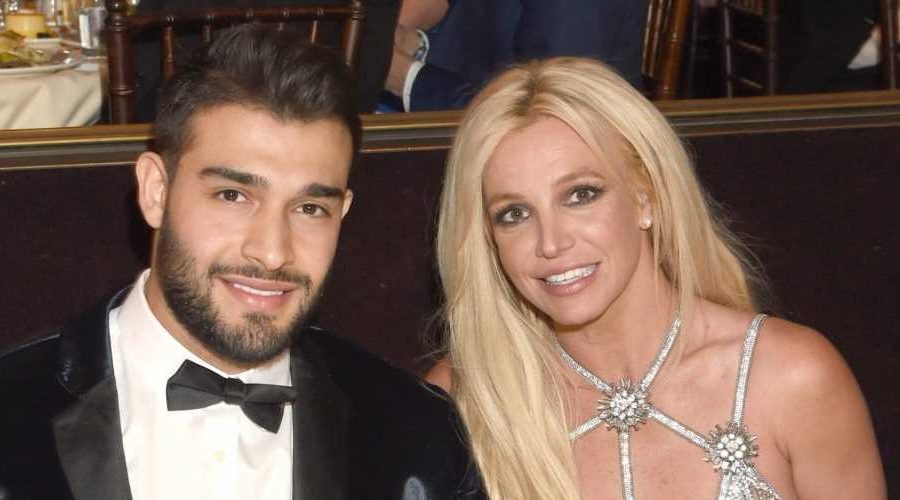 In photos published by the Daily Mail, Spears and her longtime boyfriend, Sam Asghari, are stopping by a Starbucks drive-through in a white Mercedes and, yes, a ring is sparkling on that finger. Harper's Bazaar points out that it's a "prominent, glimmering diamond," which has fans wondering if Asghari popped the question.

Both Spears and Asghari have spoken about the possibility of marriage. During her testimony in court, Spears explained that she wanted to have more children and that she wasn't allowed to remove her IUD under her conservatorship. She shared that she wasn't permitted "to get married or have a baby."

"I have a IUD inside of myself right now so I don't get pregnant. I wanted to take the IUD out so I could start trying to have another baby. But this so-called team won't let me go to the doctor to take it out because they don't want me to have any more children," she said. "So basically, this conservatorship is doing me way more harm than good." In a 2019 interview, Asghari told Entertainment Tonight that he was sure that wanted to marry Spears. "This is something that every couple should do. That's the whole point of a relationship — we are a family," he said. "Trust me, if we do ever get married, everybody's going to know."

Spears and Asghari started dating in 2016 when they met on the set of her "Slumber Party" music video.

The couple also sparked engagement rumors in 2019 when they attended the Once Upon a Time … in Hollywood premiere together, making their red carpet debut. At the event, Spears was wearing a ring on her left hand with three diamonds, though she never commented about the possibility of it being an engagement ring.