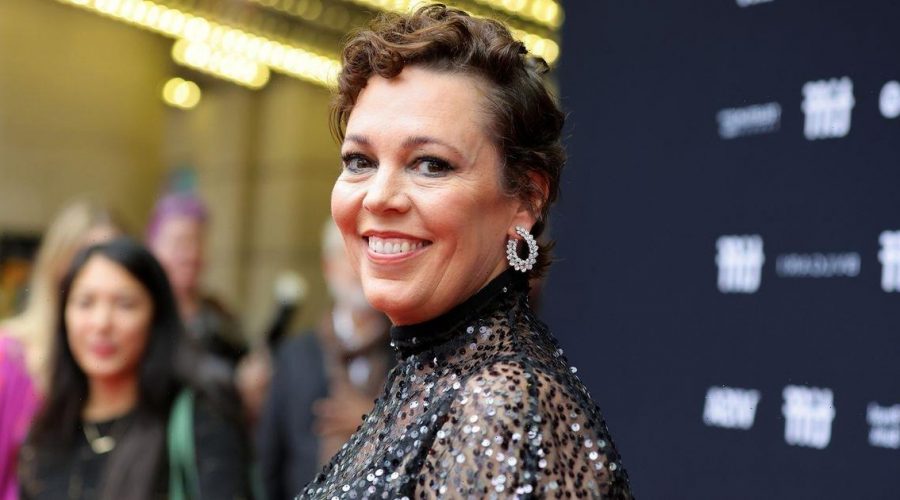 Olivia Coleman looked positively regal as she stepped onto the red carpet for the premiere of her new film Empire of light at the Toronto International Film Festival on Monday.

The Crown star’s appearance comes after she made an emotional tribute to Queen Elizabeth II following her death aged 96 on Thursday September 8.

Olivia, 48, played the Queen for two seasons of The Crown, which debuted on Netflix in 2016, and described the late monarch as having “such dignity” in an interview over the weekend.

Following her emotional tribute, Olivia was pictured at her film premiere commanding major presence in a black sequinned mesh gown with matching heels.

The Oscar-winning actress sported smoky eyeshadow and silver embellished hoop earrings for the glamorous occasion and smiled for the cameras as she was joined by her co-star Michael Ward and director Sam Mendes.

Olivia earlier spoke about the late Queen and her impact to Variety magazine: "I wouldn’t know where to begin with that.

“She made a promise as a young woman and she absolutely kept it with such dignity.

"We’re all incredibly impressed by what she did."

The star discussed her thoughts on the new king as she said she was “proud to be British” after seeing King Charles III make his first speech as the UK’s Head of State.

Olivia said: “From a British point of view, he did it so beautifully. He did it about love, tolerance and gentleness, and that is what she always wanted and she’s done."

She continued: "From the outside world looking at Great Britain, at the moment, we’ve got some comedy going on at one side — politics — and something so dignified.

“I felt proud to be British. I think he’s going to do a good job."

The upcoming fifth series of The Crown is due to be released on Netflix in November and is set to see a new actress step into the role of the Queen, as has come to be tradition with the show.

Harry Potter star Imelda Staunton will play Queen Elizabeth II, alongside Australian actress Elizabeth Debicki, who will portray Princess Diana, who was previously played on the show by Emma Corrin.

Speaking on the new series, Olivia shared her excitement at seeing Imelda take on the title role.

"She will be incredible," the former The Crown star commented. "I can’t wait to watch her."