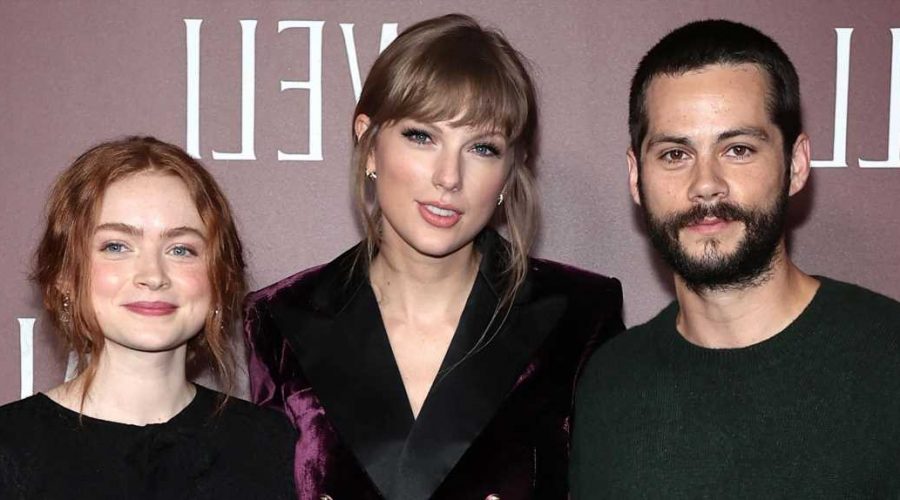 Releasing a 10-minute version of a pop song is already a big swing. Turning the music video for said song into a gripping short film is pretty much unheard of. Doing both to pretty much universal critical and commercial acclaim? We’ll go ahead and describe that as “Swiftian,” since that’s exactly what Taylor Swift did with the 10-minute version of “All Too Well” when she released Red (Taylor’s Version) last fall.

The “All Too Well” short film (which Taylor directed herself) is stunning, thanks in no small part to its stars, Dylan O’Brien and Sadie Sink. Creating the capital-A Art that is the film was clearly a bonding experience because Taylor, Dylan, and Sadie still have an active group text going to this day, apparently.

We can thank Dylan for that little tidbit. Well, Dylan and the people behind the MTV Video Music Awards (for which “All Too Well” nabbed an impressive five noms, NBD), since the group chat’s existence came up when Entertainment Tonight asked the actor how he learned about the short film’s multiple VMA nods.

“We were just texting the other day. We have a little group chat, me, Taylor and Sadie,” he explained. “[Taylor is] just so genuine. She sent us the news first thing in the morning. She’s genuinely just someone who’s so involved and just proud of her work and is so grateful for any accomplishment or recognition for something that she just poured herself into. Talk about a special human.”

FWIW, Dylan also thinks Special Human Taylor Swift’s incredible directing skills could translate to a full-length film (and he would absolutely sign on to be in the cast if such movie magic were ever in the works).

“Yeah, of course. She would make a really, really good director. If it’s something that her heart’s in, Taylor can do whatever she wants,” he added. “She could easily direct a feature and it’d be something I’d sign up for, for sure.”

Dropping the “All Too Well” short film below, for your rewatching/ugly cry-inducing pleasure: