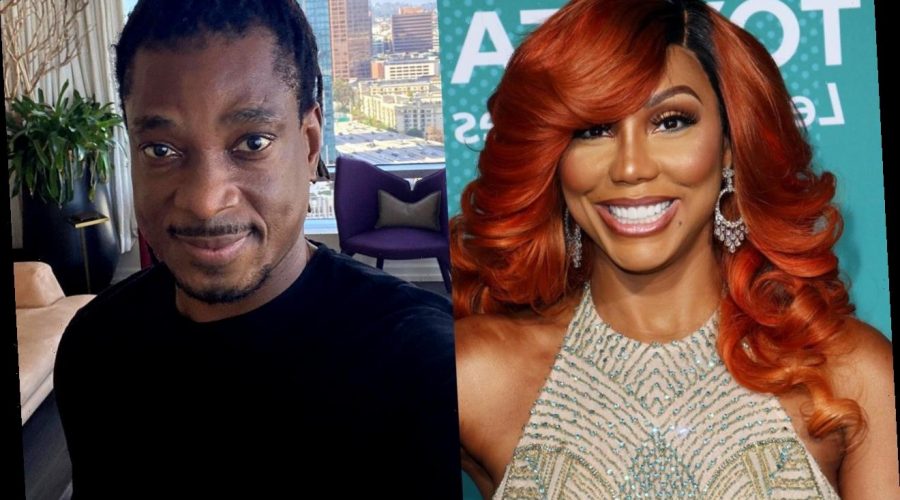 David Adefeso files the paper shortly after the 44-year-old ‘Braxton Family Values’ star shares in a tweet that David was cheating on her with his then-assistant since 2019.

AceShowbiz –Tamar Braxton‘s legal battle against ex-fiance David Adefeso has yet to be over. In response to Tamar’s claims on Twitter that he cheated on her since 2019 with his then-assistant, David and his lawyers are clapping back at the singer with a cease and desist letter.

In the legal documents that were obtained by TMZ, David’s lawyers accused Tamar of damaging their client’s reputation with the false statement in the March 27 tweet. The court docs also mentioned that David said Tamar knew the cheating claims were everything but the truth. He demanded that Tamar delete and issue a retraction, in addition to stop speaking negatively on his name.

David also issued a statement to HollywoodLife.com after filing the docs. Expressing his disappointment in his ex-fiancee, David said, “I am disappointed that Tamar Braxton continues to make fabricated accusations about our relationship and has now created a false narrative of an affair that never occurred.” He continued, “Not only did I love her so much that I never gave another woman a second look during our relationship; I have been celibate since July 2020 — 9 months ago, in an attempt to heal.”

Now that he’s “completely healed,” David revealed that he’s “focused on working to eradicate the racial wealth disparity in the US and remain dedicated to the 4.7 million black kids in America and the 200 million in Africa stuck in a generational cycle of poverty– not Tamar and her untruths.”

He continued, “I look forward to the opportunity to publicly share and detail my relationship with Tamar, the reasons for the breakup, and provide advice to other ‘regular’ professional men who get involved with celebrities.” Concluding his statement, David touched on the subject of mental illness. “Mental illness is real, and her recent contradictory statements about me are probably a result of her illness. I am praying constantly for Tamar and hope she is getting the mental health care she needs to recover,” he said.

Tamar made the claims that David was cheating on her since 2019 in a tweet responding to a post by Jessica Fyre. “It ain’t none of my business but… I really liked your fiance. He was a good man Savanah! But filming that show with you know who wasn’t a good idea for you two. Maybe God can fix that? If not, I pray God sends you your Boaz,” so the Internet personality wrote to the former “The Real” co-host.

Tamar Braxton accused David Adefeso of cheating on her.

Replying to Jessica, Tamar revealed, “He was cheating with his then assistant now cfo since 2019 Jessica .. God fixed it.”