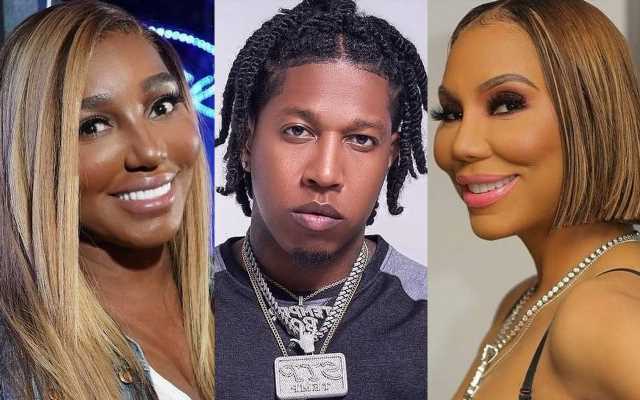 The ‘Braxton Family Values’ star apparently angered NeNe Leakes’ alleged lover after calling him ‘messy’ for running to gossip blog about his fling with her friend.

AceShowbiz -People were wondering how Tamar Braxton ended up being dragged into the drama between NeNe Leakes and her alleged hookup. The singer apparently left a scathing comment after NeNe’s ex-lover, a barbershop owner known as Temper Boi, blabbered to Instagram blog about his fling with NeNe.

The man told The Shade Room that he and the former “Glee” actress were “more than cut buddies but less than exclusive.” According to him, their relationship “hasn’t really ended.”

Tamar, who’s a close friend of NeNe’s, was not impressed at all. The former co-host of “The Real” called him “messy” on the comment section. Although she was quick to delete it, the man seemed to see the remarks.

He fired back, saying that Tamar was not a saint either. Claiming they had met presumably through “The Real Housewives of Atlanta” star, he wrote, “I knew ur a** was fake when I first met you at the dinner table [rolling eyes].”

NeNe Leakes’ alleged hookup with Temper Boi made headlines after a picture of them sleeping together surfaced on the internet.

The man blamed the leak on “some mfs,” before opening up about their fling, “Last few months been amazing and eye opening.” He added in his post that had been removed, “Nothing but love for you Linnethia and I wish you the best.‼”

Despite his initial nice words, he got rude in another post. He suggested the Bravo star was just another notch on his belt as he called her his “collection.”

Neither NeNe nor Tamar responded to him. NeNe continued to enjoy her romance with boyfriend Nyonisela Sioh while Tamar sent a Christmas wish to her followers.

Last year when Tamar was hospitalized following suicide attempt, NeNe showed support and opened up about their close friendship. She said she and Tamar had been leaning on each other because they understood what the other was going through.