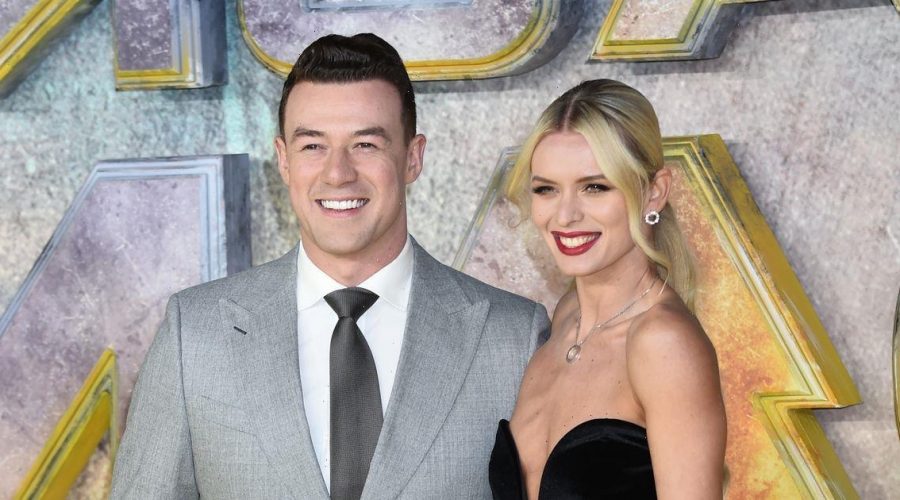 Nadiya Bychkova and Kai Widdrington looked happier than ever as they cosied up to one another on the red carpet for the premier of Dwayne Johnson’s new DC movie, Black Adam.

For the star-studded affair, Nadiya wore a stunning plunging black velvet dress, which she coupled with a classic pair of black Louboutin court heels.

Meanwhile, fellow Strictly Come Dancing professional Kai wrapped a loving arm around his girlfriend as he put on a dapper display in a marl grey two-piece suit.

The two dancers revealed earlier this year that they were in a romantic relationship despite Strictly fans being convinced Kai had been dating his former Strictly partner AJ Odudu.

AJ Pritchard also made an appearance, but turned up to the event solo as his new girlfriend Zara Zoffany was nowhere in sight.

The Celeb SAS star called it quits with ex Abbie Quinnen a few weeks ago.

Nadiya and Kai weren’t the only hot new couple putting on a loved-up display as Neil Jones and Love Island star Chyna Mills wrapped their arms around one another just weeks on from confirming their romance and jetting off on a romantic trip to Paris together.

Sharing a snap of them together on Instagram, Chyna lovingly referred to her new beau as her “very own ginger spice”.

Love Island 2022 winners Ekin-Su Cülcüloğlu and Davide Sanclimenti were also among the celebrity couples to make an appearance and wore matching black ensembles.

The pair put on a united front following Ekin-Su labelling their relationship as "a job in itself" due to their romance being in the public eye.

CBBC star Molly wowed in a black dress with tutu skirt, which she paired with some black platform sandals with stud detailing.

To add a pop of colour to her ensemble, Molly wore bright pink lipstick.

Carlos, meanwhile donned a grey waistcoat and tailored trousers, which he dressed down with a white vest underneath.

To complete the look, the dancer wore a green fedora and an eye-popping blue necklace to match his statement shoes.

Carlos was one of a handful of new dancers to join the Strictly family this year.

Prior to hitting the British ballroom, the star has excelled in the field and is the Chinese National Dance Champion in addition to being a multi world semi-finalist.

Strictly's Giovanni Pernice showed his face too in light of the dancer having more free time on his hands of late after he and partner Richie Anderson were recently voted off the show.

While Kate Garraway looked pretty in pink and beamed at the cameras following her recent NTAs success.