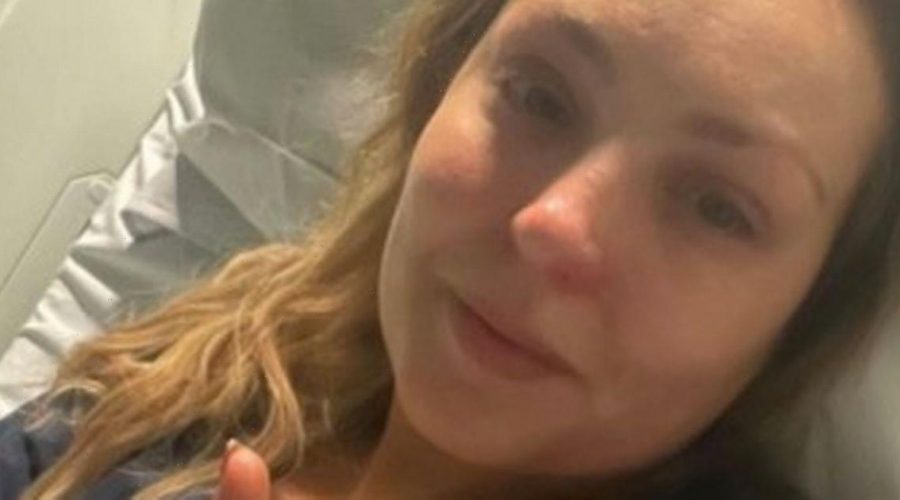 Strictly Come Dancing professional Amy Dowden has revealed that she was rushed to Manchester hospital on Saturday after she suffered a Crohn's flare up during the live tour.

The dancer, 31, took to Instagram on Monday to update her 314K followers and spread awareness of "hidden chronic illnesses", admitting it was not the weekend that she had been expecting.

Amy, who also suffered a Crohn's flare up in December, insisted that she won't let the condition "define me" and reassured worried fans she will be back dancing "before you know it".

Posting a picture of herself glammed up for the tour alongside a snap of herself in hospital, Amy penned: "Not quite the weekend performing in Manchester I was expecting. The one pic is me all ready to dance the following is literally a few hours later.

"Just want to help spread the awareness of hidden chronic illnesses. I know we get so many comments oh you look fine, on the outside yes, but not the inside. Comments why do you push yourself?

"Well, I wouldn’t do anything in life if I spent the whole time worrying if I might get a flare up. I’ve always said it won’t define me! To me, my condition is at it’s cruellest when it takes me away from my biggest passion, dancing!"

Amy then thanked her Strictly co-stars, tour team and Manchester hospital staff for the "incredible care" she has received over the past few days.

She continued: "I can’t thank my fellow cast enough… it certainly helps to have some strapping male dancers there to help carry you too. I love you all!

"To the entire @strictlycomedancinglive team, thank you!Thank you for the Incredible care I received in Manchester hospital and biggest thanks to all the fans who have sent such beautiful messages!

"I’m feeling SO MUCH BETTER and I’ll be back dancing with the gang, living the dream before you know it! Lots of Welsh love," followed with a heart emoji.

Several of Amy's Strictly co-stars were quick to react to the post with Motsi Mabuse sharing three heart emojis.

Nancy Xu wrote: "Baby girl I'm very proud of you [heart emojis] can't wait to have you back."

To get the latest showbiz and celebrity news straight to your inbox, sign up to OK!'s daily newsletter.