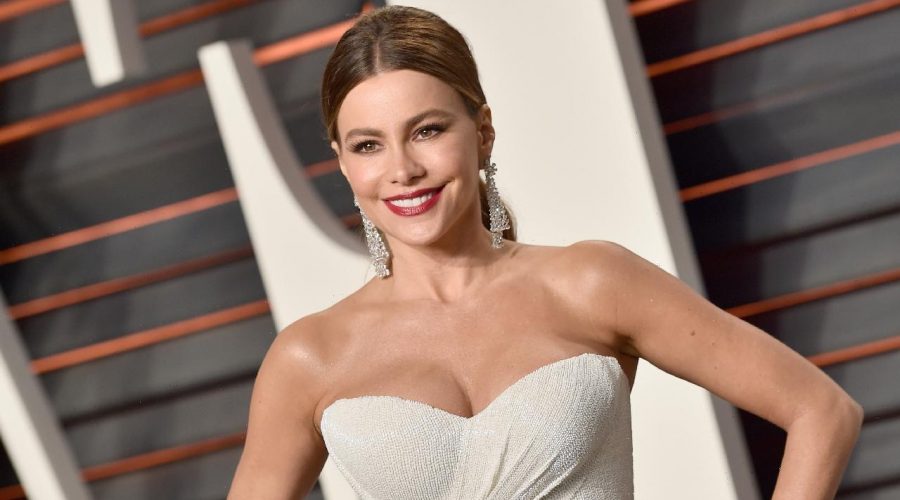 Sofia Vergara is a global superstar — and she worked hard to get to where she’s at.

The 48-year-old actress and entrepreneur has been named Forbes’ highest-paid actress in the world for seven consecutive years, and built her own global empire. In the beginning, however, she could barely land an agent.

“I was very young when I signed my first contract, and I did it myself,” Vergara tells Variety as part of this year’s Power of Women. “I needed a manager, and that didn’t exist for a Latina personality. It existed for Latina musicians, but not on TV.”

At the age of 22, she landed her major Univision hosting gig. After a number of roles and jobs in the Spanish-language market, she went on to star as Gloria Pritchett in Modern Family from 2009 to 2020. All the while creating her own business with clothing, furniture and fragrance collections. Last year, she made $43 million.

“I am super proud,” Vergara acknowledges of her Forbes’ title. “I feel like it’s a bit of an exaggeration though — don’t forget that I have to pay horrific taxes too. When everyone is like, ‘Oh, my God, you have so much money,’ I always say, ‘No, I don’t have as much as you think I have. I have to f*cking pay Uncle Sam! And managers! And lawyers! And agents!’”

And while she’s worked hard for the money, Vergara knows her worth and isn’t afraid to ask for what she wants.

Her motivation is her “independence,” adding, “I don’t believe that money is 100 percent what is going to give you happiness, but I think it takes away a lot of the pressure and stress where you can focus on other things. When you’re worried about how you’re going to pay the rent, I don’t think that you can be worry-free, and I always wanted that for myself.”

She also makes sure to not limit or put herself in a box, understanding her strengths and what she is capable of.

“It’s important to never alienate yourself, like, ‘Oh, I am a woman. Oh, I am Latina.’ Playing all those cards, I never allowed that to cross my mind,” she says. “I present myself as an equal, so no one would ever have the chance to see me different.”

“Of course, you can never compare to how a normal-speaking or white girl would get, but that is how it is,” Vergara notes of roles she can go after. “We should not sit here and complain, but try to break those walls, so they don’t try to put us in a different category. No, I can compete with all of them.”

The America’s Got Talent judge also doesn’t care about being judged for her accent when it comes to acting, saying, “Mostly because I knew my limitations and I wouldn’t go to a casting for a NASA scientist, for example. I was not trying to get cast for Schindler’s List. I knew what I was going for — where they needed someone like me.”

And while some may have felt that her Modern Family role was perpetuating stereotypical qualities of a Latina woman, she just laughed them off.

“I always laughed about it because if Gloria was stereotypical, then that’s just what I am,” Vergara says. “I created Gloria as a mixture of my mom and my aunt and the women that I grew up with in Colombia — they were loud, they were super intense, they were super colorful, super crazy, minding everybody’s business, super passionate and loving.”

“If Gloria was a stereotypical woman, then what a magnificent stereotype. What was wrong with being Gloria? She was fantastic. She cared about everyone, she loved everyone, even the kids that were not hers, she was always trying to help everyone,” she adds.

And while she’s made a name for herself, she hopes there are more opportunities for Latinos in the industry. “Little by little…It’s not great, it’s not perfect,” she notes. “Even with the movement that has happened now, I hope that at some point, there will be a wave where more jobs can also be for Latin people.”

Vergara, along with Michaela Coel, Mindy Kaling, Julia Louis-Dreyfus, Kate McKinnon and Maya Rudolph will be honored as part of Lifetime Presents Variety’s Power of Women The Comedians special, premiering May 10 at 8 p.m. on Lifetime. Each honoree will be interviewed by a close family member or friend — including Aidy Bryant, Bowen Yang, Natasha Lyonne, Luis Balaguer and Charlie Hall.

For more on Vergara, see below.