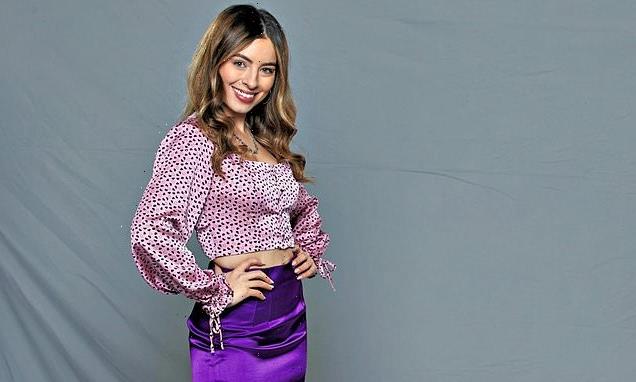 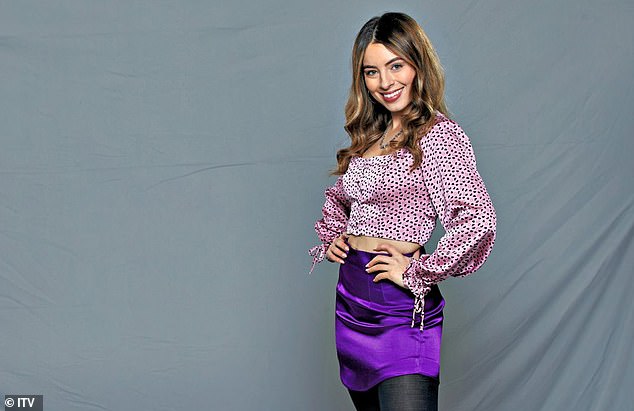 At a time when there is much debate about whether straight actors should play gay characters and vice versa, thank goodness for people like Rob Mallard (Daniel) who, though openly gay in real life, just gets on with the job and plays the role of Most Desired Male in Soapland with great aplomb.

Thrilled to hear that Tony Maudsley, my Best Soap Actor 2021, will be playing Corrie undertaker George until at least July 2023. It’s a great performance, bringing poignancy and hilarity in abundance.

Sinead, Summer, Nicky, Daisy, Mrs ‘Call me Orla’ Crawshaw – is no woman immune to his charms? Never mind that he hasn’t fed his son since 2021, or even bothered to get a babysitter for him when he hits the town, Daniel is serious MDM.

Maybe it’s because he reads books – well, holds them, which isn’t quite the same thing. Not since Ken bought his daily copy of The Guardian in The Kabin has Weatherfield been awash with so much intellectual passion.

Daisy’s not happy though, and is intent on taking Nicky off the market. She sets her up with her ex, Ashley (remember him? One of only two football players in the Weatherfield County team), but the plot goes awry when it’s revealed that Ashley knew Nicky in her past guise as a sex worker (they get around these footballers; bring back striker Saint Tommy Orpington, I say).

Before you know it, images of Nicky are all over the internet, and Daniel assumes Daisy is responsible. My guess is it’s Max, who I suspect is also deeply in love with Daniel.

I tell you: I’ll have what he’s drinking. Or maybe it’s the haircut; in which case, I’ll have the number of his stylist.

Back in the land of comedy (which is much needed right now), George and Todd have to arrange a funeral for a bigamist and two Mrs Littles. Two’s company, three’s a shroud. 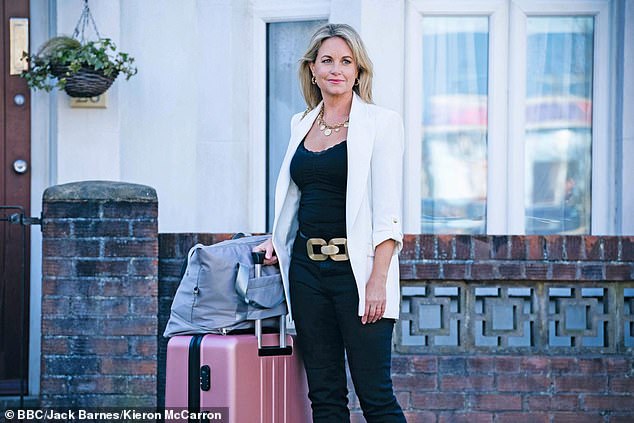 Sam Mitchell, sister of Grant and Phil, returns to the Square in Eastenders with Kim Medcalf (pictured) in the role

Adam Woodyatt, who played EastEnders’ Ian Beale for 36 years, says he has no plans to return (often a euphemism for ‘When I need the money, please let me back’). Meanwhile, he’s selling £50 video messages for fans.

What a great idea. All soap stars should follow suit – in character. EastEnders’ Gray and Emmerdale’s Meena: ‘You’re next.’ Corrie’s chess-loving Sam: ‘Your move.’

Or, maybe, one from EastEnders’ maternity nurses: ‘Never work with animals… or rubber babies.’

OK, so it might not have quite the terrifying effect of Jack Nicholson’s ‘Here’s Johnny’ scene in The Shining, but by Walford standards, ‘Here’s Sammy’ is scary enough.

Yes, Sam Mitchell, sister of Grant and Phil, returns to the Square with Kim Medcalf in the role – to the chagrin of the original Sam, Danniella Westbrook, who also returned after Medcalf (keep up!) and threatened to sue the BBC for overlooking her this time.

So, she’s baaaaaaaack and immediately rubs Sharon and Kat up the wrong way (is there a right way? This pair can bristle quicker than a hedgehog), but Sam enjoys winding them up.

It’s not that difficult: winding up a Fisher-Price kiddie clock takes less effort. But why has she returned?

Ben is furious when he discovers the reason (let’s just say it’s not to pick up her Easter eggs), and Ricky, too, reeling from the news that his mum is back, has an awkward encounter with her at Walford East.

By the way… why are there never any other travellers at Walford East, apart from the folk from Albert Square? And why do they never have a pass or ticket?

Highlight of the week is Rocky’s latest attempt to woo Kaffy again. Rocky Horror Show doesn’t begin to cover it.

EMMERDALE: LOCK HER UP AND THROW AWAY THE KEY… QUICK! 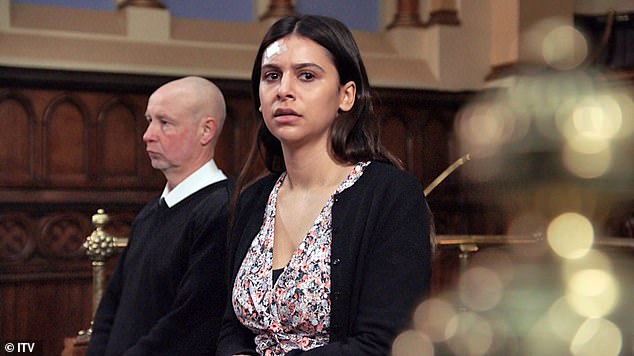 In Emmerdale it is finally the day of Meena’s (pictured) sentencing. She is smugly pleased at seeing Manpreet in the gallery

And finally, we reach the day of Meena’s sentencing, even though viewers feel they’ve already endured a life sentence just waiting for this storyline to come to an end (I swear I’ve had six birthdays since it began).

Nursing an injury from the dramatics of her performance in court, and smugly pleased at seeing Manpreet in the gallery, Meena’s smile is soon wiped off her face when sentence is passed down.

Meanwhile, the locals come together to plant a memorial tree. Surely a plaque at the bar would be more relevant, given the villagers’ leanings towards being functioning alcoholics rather than closet horticulturalists.

None of this is enough to distract Al from his phone – yes, he’s still on it 24/7 – and Kerry is suspicious. Surely his speaking in hushed tones as if auditioning to be the next James Bond would have been signal enough as to his dodgy dealings, not to mention the fact he never takes his jacket off, as if always on the alert for a quick getaway.

When Cain lets slip about Priya and Al’s rekindled spark, Kerry throws a pint over her boyfriend. Come on, the man could ignite a spark in a hurricane, and we know from recent storylines how much Priya has suffered as a result of fire. Let’s hope she doesn’t get so badly burned this time.