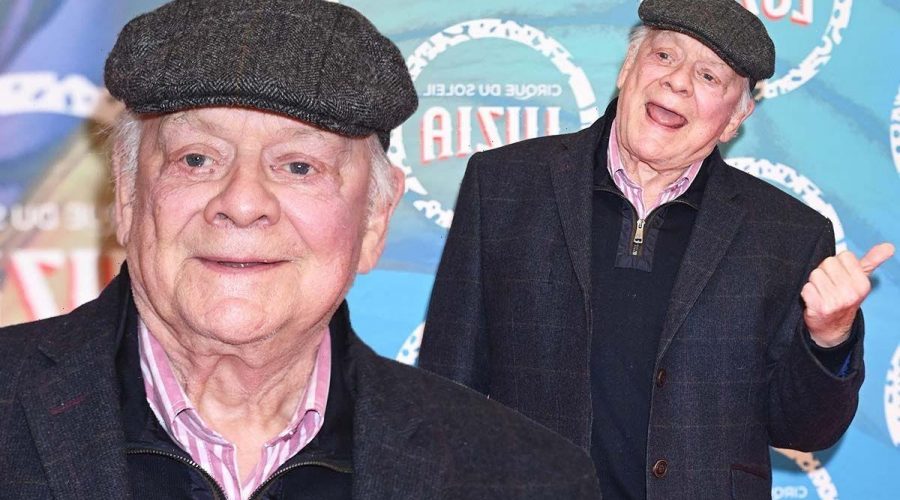 Sir David Jason, 82, has spoken out on the beginnings of Only Fools and Horses and how he believes the show would be perceived today. The actor said the first series of the hit BBC show “had about three people watching it” but bosses decided to keep it regardless.

He said: “It was not greeted well. With comedy you have to give it time to breathe, so the audience can learn about the characters.

“We got another series and even given the chance to keep improving.”

“They don’t want to do that these days, they just want the audience figures,” the Del Boy star concluded, according to the Mirror.

David’s remarks come after his co-star John Challis issued a warning about the future of comedy shortly before his death last year.

The late actor, who passed away aged 79, condemned cancel culture in the comedy world.

He pointed out how every joke and opinion has the potential to offend someone.

John told the Daily Star: “You’ve got to be so careful – the BBC are being so careful about what they’re putting out and I think the world has changed.

“I think it’s just gone too far. I’m just one of those people who’s never done what all these people are being accused of anyway.”

He also highlighted that it was not only comedy that risked being cancelled, but “free speech” in general.

John went on: “What does worry me is the impact on free speech.

“If you’ve had an opinion about something, someone’s going to find that somewhere.

“With the internet it’s become much more difficult,” the actor added.

Patrick Murray, who portrayed Mickey Pearce in Only Fools and Horses, also spoke out against censorship.

The 65-year-old actor admitted he would like to see a film revival of the series, but feared it would be “constrained” by “woke” culture.

He said he was concerned viewers would now take offence over the word “plonker”.

Patrick also explained he would be worried the BBC could “ruin” the sitcom by being too cautious.

“It would be lovely to do another one but I do worry we would be constrained because we can’t take the mickey out of each other,” the actor told The Sun.

“Rodney was a plonker, but nowadays people would find calling each other ‘plonkers’ offensive.”

Patrick added: “The woke thing has got a bit ridiculous.

“People with nothing better to do will write in saying they’ve been insulted.”

05/27/2022 Celebrities Comments Off on Sir David Jason hints Only Fools and Horses would be cancelled today: ‘Not greeted well’
Recent Posts