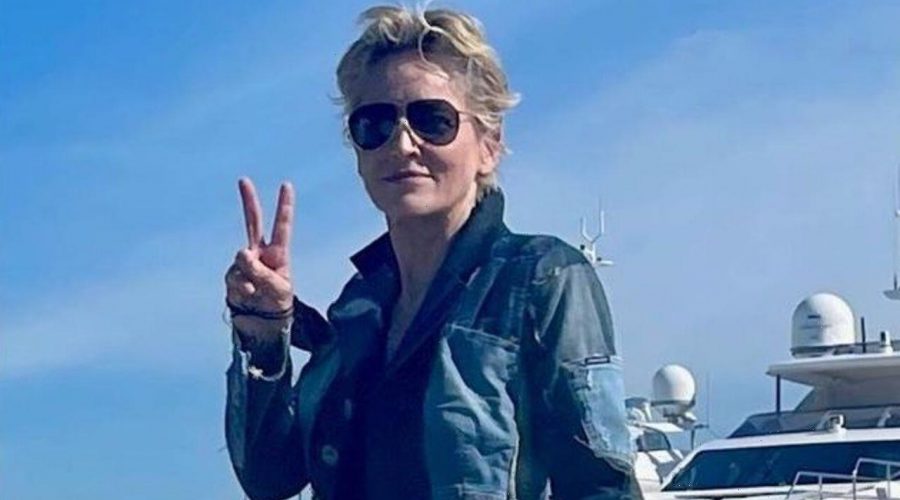 The ‘Basic Instinct’ actress encourages her online followers to seek second opinions from doctors after her pain worsened following incorrect procedure due to misdiagnosis.

AceShowbiz –Sharon Stone is expected to go under the knife to have a “large fibroid tumour” removed following a misdiagnosis. The 64-year-old “Basic Instinct” actress will have the surgery 21 years after she suffered a brain haemorrhage and stroke that almost killed her.

While encouraging her fans to seek second opinions from doctors, she said the new growth, which develops in or around the womb, was found in her body after a previous medical misdiagnosis.

Taking to her Instagram Stories on Tuesday, November 1 with an update on her health, she said she had “just had another misdiagnosis and incorrect procedure” and went for a “double epidural” to treat her pain. She added the agony grew worse and when she went for a second opinion from a different doctor and they revealed she had a “large fibroid tumour” that “must come out.”

The actress warned her 3.4 million Instagram followers, “Ladies in particular, don’t get blown off. Get a second opinion. It can save your life.” Sharon said it was going to take her between a month and six weeks to recover from the trauma and thanked fans for their concern, signing off, “It’s all good.” 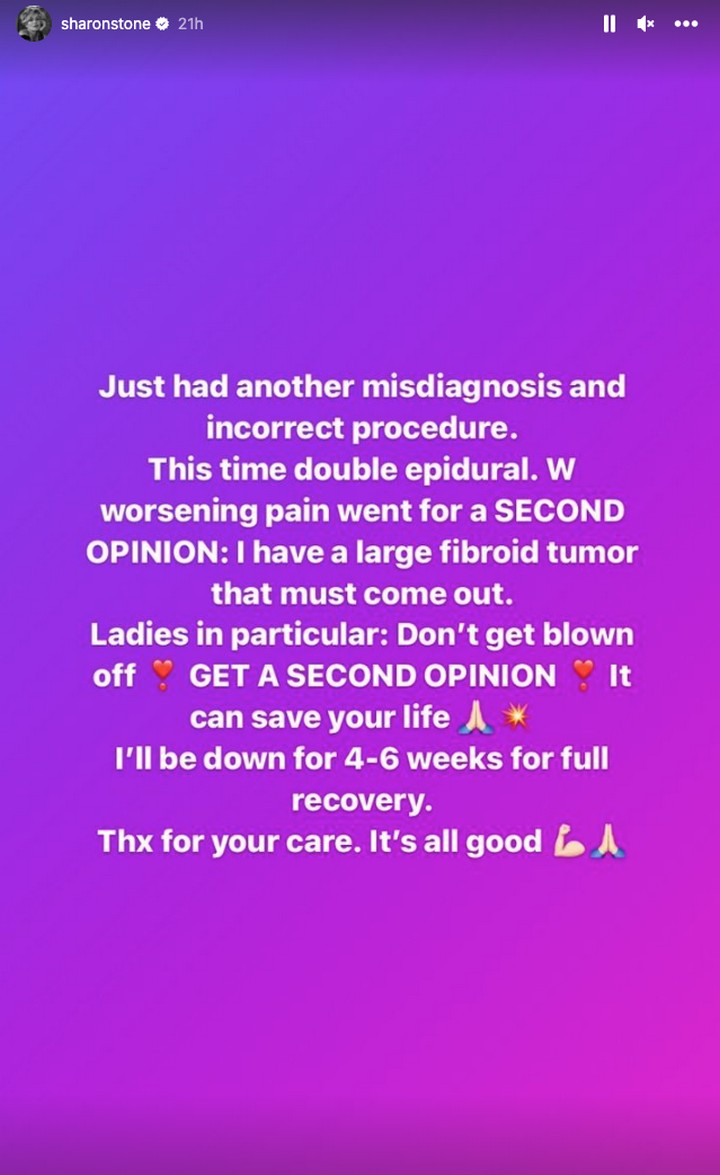 Sharon, mum to sons Roan, 22, Laird, 17, and Quinn, 16, through adoption, told earlier this year how she has lost nine children by miscarriage.

She addressed her other health woes in her 2021 autobiography “The Beauty of Living Twice“, in which she said benign tumours were removed from her body in 2001 she said were “gigantic” and bigger than one of her breasts. She was also hit by a stroke and cerebral haemorrhage the same year.