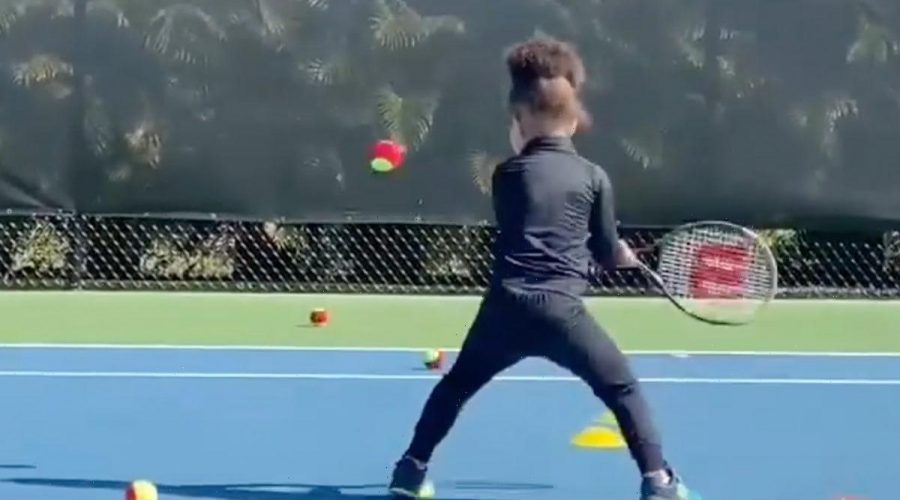 Serena Williams‘ young daughter, Alexis Olympia Ohanian Jr., is already showin’ she’s got tennis in her DNA … the 4-year-old hit the court to work on her backhand.

Video of the training sesh was posted Monday … showing Alexis in her sports gear, executing a picture-perfect backhand.

“Practice makes progress,” the caption read on the video posted to Alexis’ Instagram (BTW, she has 631K followers) … and fans went crazy in the comments over the resemblance to her 23-time Grand Slam winning mom, Serena.

Even her auntie, tennis star Venus Williams, was taken back by the impressive move — saying, “It’s Oracene [Price] all over again!”.

FYI, Oracene is Serena and Venus’s mother who coached them — alongside their father Richard Williams — when they were around Alexis’ age. 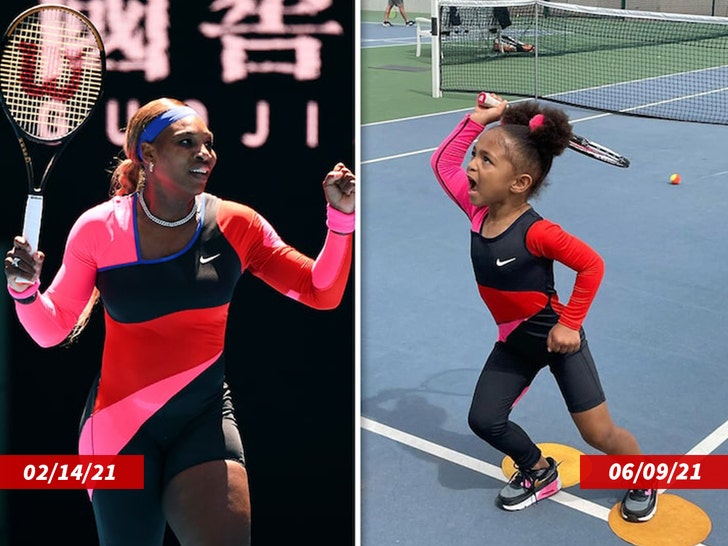 Alexis seems to be a star in the making … not only does she have her momma’s move, she also has her fashion sense! She wore the same fit Serena had on at 2021’s Australian Open.