The ‘Keeping Up With The Kardashians’ star bonded with his two younger kids, for a cozy night at home.

There’s nothing better than a family night at home! Scott Disick relaxed with his 9-year-old daughter Penelope and 6-year-old son Reign on Tuesday November 9. The 38-year-old Keeping Up With The Kardashians star shared a pair of photos of him bonding with his little ones to his Instagram Story. It looked like Scott spent a relaxing and silly night with the kids, as the family enjoyed the night in.

The first photo that Scott shared, showed Penelope lying on a blanket in comfy clothes by a toasty fire. Scott captioned the picture by saying that the family evening was the “Best night ever.” The second photo was a closeup shot of Reign, making a goofy face with his eyes wide, glaring over at his dad, looking right into the camera. Scott captioned that photo with a simply silly caption that said, “How ya doin guy.”

Scott shares Penelope and Reign with his ex Kourtney Kardashian, 42, who got engaged to blink-182 drummer Travis Barker, 45, back in October. Scott and Kourtney also have an older son Mason, 11. After Kourt and Travis announced their engagement, Scott was seen spending more quality time with his eldest son in Miami, where the dad and son duo were spotted having a beach day together. When Kourtney posted an adorable photo of Penelope dressed as Alicia Silverstone’s iconic character Cher Horowitz from the movie Clueless for Halloween, Scott commented with a hilarious quote from the movie. “O Cher, don’t forget she can’t keep driving her jeep without her drivers License,” he wrote. 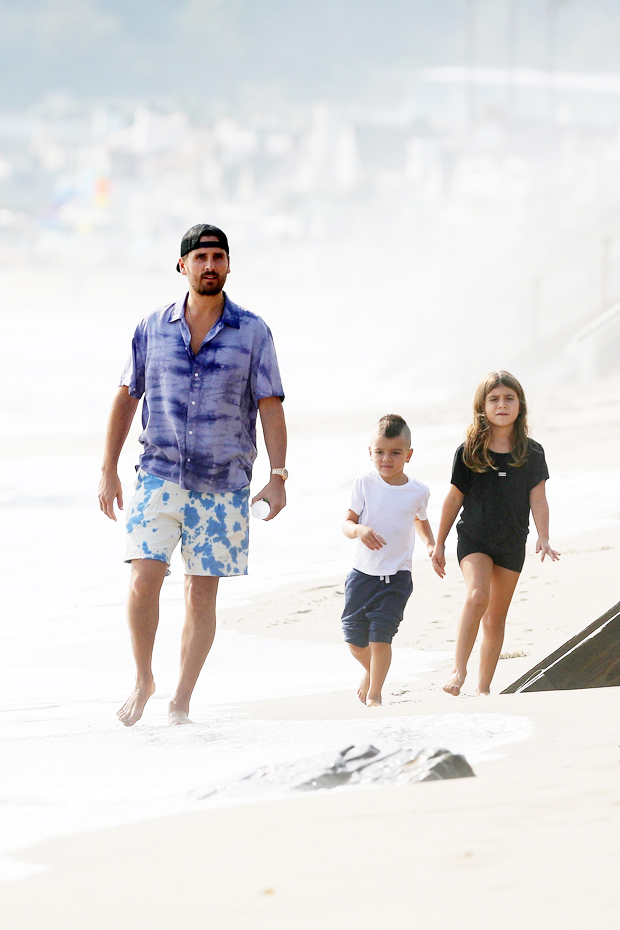 Despite spending plenty of time bonding with his little ones, there’s been a bit of drama between Scott and Kourtney since she got engaged to Travis. A source close to the situation said that Scott was “distancing himself” after Travis and Kourtney got engaged. Sources close to the family told HollywoodLife that Scott won’t be invited when Kourtney ties the knot. “Kourtney is of the mindset that she is going towards her future, and the past with Scott shouldn’t be there on her special day,” a source said.

11/10/2021 Celebrities Comments Off on Scott Disick Has ‘Best Night Ever’ While Staying In With Kids With Penelope, 9, & Reign, 6
Recent Posts