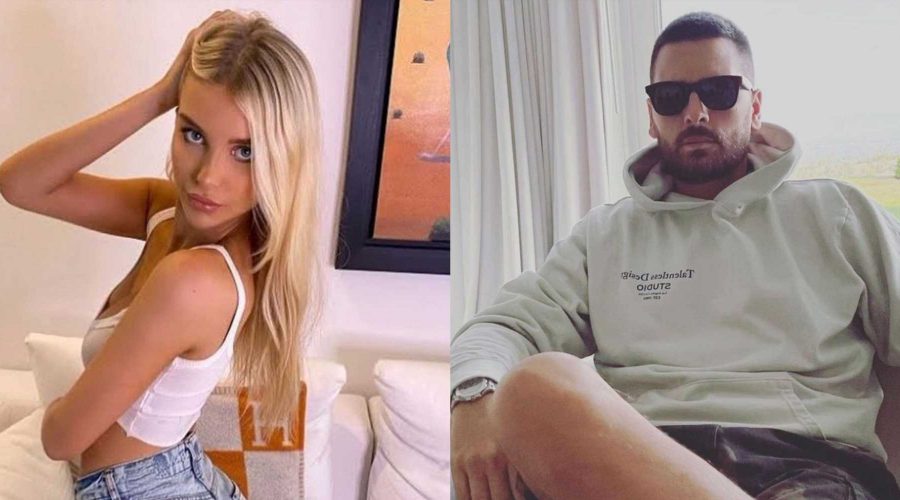 Scott Disick is dealing with Kourtney Kardashian’s engagement to Travis Barker in a very Scott Disick way—by partying with a gorgeous model who is *significantly* younger than him. Lately, paparazzi have been snapping pics of Scott partying and flirting with Elizabeth Grace Lindley. If you’re like, “um, who?” you’re not alone because, well, Elizabeth Grace is still in that up-and-coming, pretty-much-unknown phase of her career. After some sleuthing, here’s what we do know about the model, who may or may not end up dating Lord Disick.

She’s younger than Scott, but how much is debatable.

When we said there’s not a lot of info about Elizabeth Grace Lindley out there, we meant it. This even goes for very basic facts, like how old she is. There have been conflicting reports about her age, with most outlets describing her as either 23 (like Page Six) or 20 (like the Daily Mail did). We do know that Scott is 38, so either way, there’s a pretty big age gap (which is on brand for Scott, whose last two GFs were 20-year-old Amelia Hamlin and 23-year-old Sofia Richie).

She and Scott were spotted out together in Los Angeles.

They didn’t seem to coordinate their looks for the night out, though, since Scott wore his usual super casual uniform of a hoodie and cargo pants while Elizabeth went with a v tight black dress and knee-high leather boots.

She was previously linked to Formula 1 driver Lewis Hamilton.

Earlier this year, Elizabeth Grace was linked to Formula 1 driver Lewis Hamilton after some the Daily Mail named her as the “mystery blonde” seen with Lewis at the Beverly Hills Hotel in February.

She’s not verified yet.

Some IG sleuthing leads to what appears to be Elizabeth Grace’s account, but it’s impossible to be sure since it’s not verified yet. The up-and-coming model only has about 8,600 followers as of this writing, but that’s sure to climb soon.